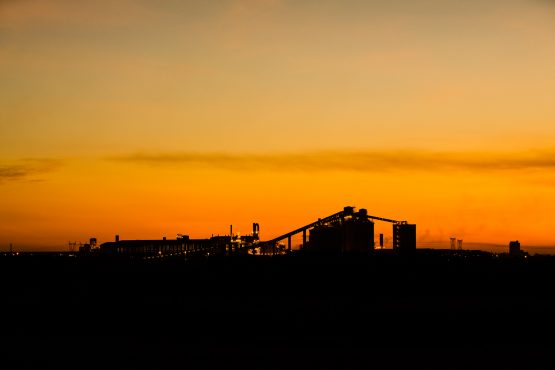 The existing agreements allow Eskom to drop 450MW instantly if necessary to keep the grid stable, but have cost it some R30bn since 2013. Image: Moneyweb

This is due to replace the agreement relating to Hillside’s potlines 1 and 2, which was concluded in the 1990s and is said to have cost Eskom R15 billion from 2013 to 2020.

It lapsed at the end of July last year and Eskom and South32 agreed to extend it on the same terms for a year while waiting for finalisation of a policy framework by the Department of Mineral Resources and Energy (DMRE), which Nersa required to approve a new agreement.

It will also replace an existing agreement relating to potline 3 that will only lapse in 2028 and is equally prejudicial to Eskom.

Nersa recently dismissed an application by Eskom to condone the extension of the potline 1 and 2 agreement until the new agreement has been approved, stating that it has no legal framework for such a condonation, and decided to sit as a tribunal to deal with what it regards as Eskom’s non-compliance.

The proposed new Hillside agreement is structured to ensure that Eskom recovers its cost of supply and provides for a tariff increase should Hillside reach a specified level of profit.

According to people close to the process, Eskom’s income from Hillside could increase by as much as 40% as soon as the new agreement is approved and implemented. The proposed term is 10 years.

South32 liable for standard tariffs in the interim?

The question now arises whether South32 is liable for standard industrial tariffs from August 1 last year after the lapse of the agreement, and until a new one is implemented.

That would not be sustainable and put the whole operation with thousands of direct and indirect jobs at risk.

“The Hillside smelter is central to South Africa’s aluminium industry as it supplies the majority of primary material needed by downstream producers,” a spokesperson said.

“It also plays a key role in supporting Eskom with maintaining grid stability. We have sought to secure a tariff for Hillside that is reflective of Eskom’s cost of delivery, aligned to the DMRE’s long-term pricing framework, and supports the sustainability of the smelter.

“We have undertaken a lengthy process to reach this point and Hillside needs certainty regarding its power cost as a large operation which supports thousands of direct and indirect jobs.”

The agreements provide that Eskom may drop 450 megawatts of power supply to Hillside at once if needed to keep the grid stable. It further provides a stable baseload basis for the country’s power system.

The detail of the agreements was a strictly guarded secret until 2013 when the Supreme Court of Appeal confirmed an earlier high court order in favour of Media 24 that it must be made public.

It was then disclosed that the complex formula used to calculate the tariffs Eskom charged Hillside, then owned by BHP Billiton, linked it to the dollar price of aluminium on the London market, the rand/dollar exchange rate and the US Production Price Index.

The new agreement has no such mechanism.

At that stage Hillside paid 22.65c/kWh, way below Eskom’s cost of production at the time of 41c/kWh.

The standard tariff for households at the time was R1.40/kWh.

Eskom and Hillside have been working on the new agreement for three years, and Eskom submitted it a year before the July 31 lapse.

Nersa however refrained from dealing with it because the DMRE had not yet finalised the policy framework.

The Eskom board then approved the extension of the potline 1 and 2 agreement by a year to mitigate against the closure of the smelter, Eskom said.

“Charging standard tariffs would have killed the plant,” someone close to the process said.

In September last year the DMRE released an interim policy framework for long-term negotiated pricing agreements for struggling companies and new investments that provide for a duration of six to 10 years.

Electricity must be one of their biggest cost drivers, and a minimum level of demand to qualify for such an agreement is set.

Eskom updated its submission of the new agreement and resubmitted it to Nersa in December, together with an application to condone the interim extension of the potline 1 and 2 agreement.

Nersa rejected the condonation application and will deal with it in a tribunal.

In the meantime, the regulator seems to be planning public participation regarding the policy framework while processing the application to approve the new agreement in parallel.

Not good to enter into such agreements if later you have to feed half of all ANC cadres parasites.

So the electricity consumers (those who pay for electricity) have been subsidising the Richards Bay smelter for years and years. Also, the fact that Eskom has been loosing billions of rands on this “deal” gives Eskom (legitimate) reasons to apply to NERSA for even higher tariffs, year after year, which the rest of us must pay.

That deal was highly suspicious and it would be worth looking at which former Eskom management subsequently joined BHP.

Aluminium’s price has unfortunately been rather flat over the past two decades. That, courtesy of China building 119 smelters and subsidizing them. They can afford to do that and they are large consumer of aluminium. We subsidized a private entity to make enormous and false profits and then we are a small consumer partly because “our” producers charge import parity pricing. If the scheme was sensible, BHP should have been compelled to supply local industry at an imputed price that reflected the state subsidy they received.