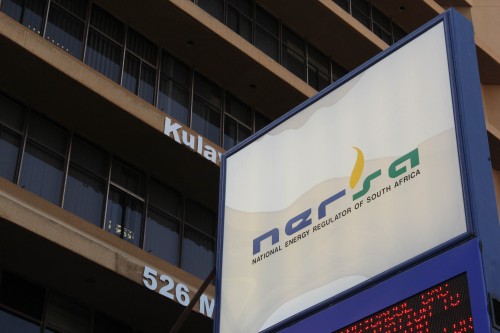 Energy regulator Nersa on Tuesday granted Eskom a further R11.2 billion in revenue for 2016/17, which is about half of what Eskom asked for.

This equates to a 9.4% tariff increase for Eskom customers from April 1 this year. If Eskom had not brought this application, tariffs would have increased by 3.5%.

Nersa also instructed Eskom to submit a new multi-year tariff application (MYPD4) within three months, based on revised assumptions and forecasts that reflect the recent circumstances.

Nersa chairperson Jacob Modise, said the magnitude of the RCA adjustments and extent to which assumptions underpinning the current tariff period (MYPD3) have changed, have informed its decision, which was aimed at restoring price certainty for consumers.

The big variance between what Eskom applied for and what it got, is situated in Nersa’s assessment of Eskom’s revenue and its expenditure on primary energy.

Eskom applied for R11.7 billion to compensate for lower than expected revenue, but Nersa only granted it R6.1 billion. “The larger part of this difference is because Eskom did not disaggregate the Special Pricing Agreements and International Sales when allocating the approved MYPD3 revenue to different customers,” Nersa said in a statement.

Special Pricing Agreements refer to long-term contracts with specific clients and is mostly seen as a reference to its contract with BHP Billiton.

With regard to primary energy, Nersa disallowed compensation for the additional coal handling cost and start-up gas and oil for power stations Eskom incurred.

It allowed only R1.2 billion for Eskom’s excess diesel cost for its open-cycle gas turbines (OCGTs). The utility applied for R8 billion. Nersa said: “The Energy Regulator has found that Eskom used the OCGTs due to the unavailability of the (coal) plant.”

Nersa only compensated Eskom by the amount it would have cost to generate the equivalent volumes of electricity by its coal-fired power stations.

Eskom now has to translate the decision into detailed tariffs that it will submit to Nersa and the Minister of Public Enterprises Lynne Brown will table the tariffs applicable to municipalities in parliament by March 15.

The increase will take effect on April 1 for direct Eskom customers and on July 1 for municipal customers.

In reaction to the decision Eskom CEO Mr Brian Molefe said, “Eskom has noted Nersa’s decision, which yet again doesn’t address the question of Eskom’s continued financial sustainability. In addition, it will have operational consequences.”

“We note Nersa’s decision and will study the details contained in the reason for decision document once received before commenting on its implication,” said Molefe.

“We understand the implementation of the regulatory rules in Nersa’s RCA balance decision. The decision on the revenue variance and certain primary energy costs including independent power producers is supported.”

He added: “We note with concern the decision on open cycle gas turbines (OCGTs), which will guide Eskom’s operations in the future in terms of balancing the energy supply and demand in a bid to avoid load shedding. We have reduced diesel usage in recent months and have made great strides in our maintenance plan, however we continue to run a constrained grid. OCGTs are part of our emergency portfolio and have been used in the past to avoid or limit load shedding with the understanding that we can recover these costs within the RCA process. The recovery of diesel costs is now seriously in question with Nersa’s current decision. We will do our best to minimise the risk of load shedding, striking a balance with Eskom’s already depleted balance sheet.”

They did not get what they wanted so now the blackmail of power cuts. Hate the word load shedding just fancy foot work. When you switch off power you cut it off.

Eskom says expects no power cuts for rest of 2016

Eskom says expects no power cuts for rest of 2016