After nine applications from intensive users turned down.
By Moneyweb 3 Mar 2020  00:04 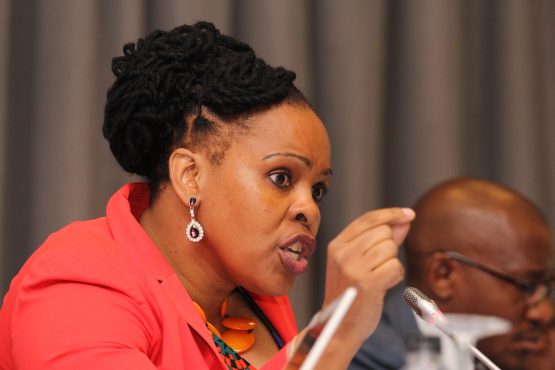 Energy regulator Nersa will address challenges that prevent the conclusion of more special pricing agreements between Eskom and large industrial customers with government.

This comes after nine applications for short-term agreements from intensive users have been turned down due to an inflexible policy framework drafted by the Department of Mineral Resources and Energy.

A further application from South32 for a long-term agreement at its Hillside plant in Richards Bay was also rejected because the department has not yet finalised a policy framework against which Nersa can assess such agreements. Nersa stated that it can be considered at a later stage once the framework is available.

The agreements are aimed at assisting struggling intensive users to sustain jobs through discounted tariffs, while sustaining sales volumes for Eskom.

Minimum sales volumes are specified and discounts are limited to a certain minimum pricing level. The agreements also offer Eskom the right to interrupt electricity supply to such customers when it has supply constraints, according to agreed protocols.

The short-term agreements are limited to a term of two years.

Only two companies, Silicon Smelters and Sublime Technologies, have been successful in securing such short term contracts so far, but they were approved in terms of an interim framework.

Reports presented by Nersa officials at a meeting of its electricity subcommittee on Monday showed that the two agreements had mixed results.

Silicon Smelters had to close its smelter in Polokwane in July last year, little more than a year after the agreement was implemented, despite the discount on electricity tariffs. According to the report, this was due to changes in market conditions. It further failed to sign the special pricing agreement for its eMalahleni smelter, thereby “losing out on this opportunity”, the committee heard.

The Sublime Technologies agreement was however more successful, the officials reported.

According to Nomfundo Maseti, chair of Nersa’s electricity subcommittee, the method of calculating the discounted tariffs applied to Sublime and Silicon Smelters, however, differed from that in the final policy framework that is currently applicable, which is problematic.

She said there further needs to be some flexibility in the framework.

Nersa will communicate these challenges to the department to ensure that they are not carried over to the long-term framework that is currently being drafted, she said.

According to Chabisi Motloung, chair of the Ferro Alloy Producers Association of SA (Fapa), the gap between what the industry can pay and what the framework offers is still too big.

He says the industry needs a discount to allow it to pay 65c per kilowatt hour (kWh). However, it costs Eskom more than 85c/kWh to generate electricity and the framework requires a minimum tariff of generation cost plus 15%

In the application itself, he adds, you need to say what price you can afford – the short-term framework guideline prescribes the Eskom price plus 15%, which is way too high.

Even the 65c/kWh is still well above electricity prices in China, which is the industry’s main competitor, says Motloung.

At the Nersa public hearings last week concerning Eskom’s application for a further R27 billion in revenue, Chabisi said the SA Ferro Alloy Industry (Smelting), of which Silicon Smelters is a member, is facing extinction and can only be saved by regulatory government support.

South Africa owns over 70% of the world’s chrome and manganese ore reserves, but the local industry is in a crisis, he said.

Electricity amounts to up to 50% of the cost of production and South African producers pay much higher prices that their international competitors.

Chabisi said Fapa members consume electricity non-stop and can therefore increase demand in the time slots when consumption is low.

If capacity that is currently standing idle can be activated, the electricity demand from the industry could increase from the current 2 414 megawatts (MW) to 4 075MW. This would lead to more than 2 000 additional job opportunities and R9.6 billion in extra sales revenue for Eskom, he said.

Motloung proposed an immediate reduction of 14-15% in electricity tariffs to the ferroalloy industry, because: “If [the] industry closes down, this would anyway be lost, in addition to jobs, foreign revenue, taxes … ”

He asked for, among other things, long term negotiated pricing, because the “short-term pricing determination currently being used is not conducive to confidence in the industry”.

The large energy intensive users must kow by now that there is no future for them in SA.
The like’s of Hillside and Deep level gold mines will never again be able to be competitive worldwide due to policies and electricity prices.
In the time they were built there was an vast surplus of cheap energy available to supply at discounts.

South African businesses are world-class. The managers are the best to be found anywhere in the world. The business-models are competitive. They face the problem that no business will be able to compete in the international arena, with international prices, when the local authorities that determine policy, are not competent or competitive. When we have the worst politicians and the most inefficient government officials in the world, we won’t be able to compete. Our government is incompetent, therefore investments and jobs leave our shores for jurisdictions that do have competent governments.

We are being undermined and sabotaged by the ANC. Then they wonder why the tax-base has crumbled and jobs have vanished. This is the result of ANC policies. South Africa is a workers’ paradise without jobs, a social grant and government-employee paradise without a tax base to support it. A BEE paradise for individuals who were “empowered” in bankrupt businesses. This is what a farcical government looks like. Lots of pretences and make-believe, but zero substance.

We are being undermined and sabotaged by the ANC. Truer words never spoken!

The special pricing challenges started with ANC corruption, state capture, patronage overemployment and mismanagement. The pricing is as a result of these. So the discussion with government should be about the former things.

In the end ANC overemployment in the SOEs is causing job losses in everywhere else and Eskom is been used as one big BEE petri dish.

Amazing that the ANC doesn’t see the root cause of the problem.

You are defaming petri dishes.

the anc praised themselves as if they were the job creators in south africa by dishing out zero-productive jobs to cadre pals in soe’s, and any other state entity saa, eskom transnet etc etc – without calculating 1 second (most probably not capable of doing that mathematical calculation) the long term continuous liability for the state that it would have on the tax income and how it actually should have been spend and not wasted

But the fact that we are in a recession, yet again, and await a downgrade to junk by Moody’s won’t limit the purchases of Johnnie Walker and BMW’s by ANC F&F – Friends & Family.

After reading this, the breaking news that SA is in a recession makes complete sense. But hey! I’m sure all these state executives are so well paid that it won’t bother them …. for now.