Overburdened by disciplinary cases, Irba will be empowered to appoint as many members to its disciplinary committee as it deems fit. Image: Shutterstock

After several delays, the Auditing Profession Amendment Bill is making its way through parliament, and judging by its reception in the Standing Committee on Finance on Tuesday, it seems to be supported by all parties.

The bill follows much controversy surrounding the auditing profession in the wake of events such as those at Steinhoff, and many calls for the tightening of disciplinary procedures regarding auditors.

The new bill represents amendments to the Auditing Profession Act of 2005, which established the Independent Regulatory Board of Auditors (Irba), which regulates the registration of auditors and candidate auditors as well as their education, training and professional development; investigates alleged improper conduct; runs disciplinary hearings; and imposes sanctions for improper conduct.

The new bill’s aims are to strengthen Irba’s governance and investigating and disciplinary processes; provide for the power to enter and search premises and to subpoena persons with information required for an investigative process; provide the minister of finance with the power to periodically change the amounts pertaining to fines; define the offences regarding disciplinary processes; and to provide for the protection and sharing of relevant information.

The legislation furthermore aims to strengthen Irba’s independence and efficacy, including through the inclusion of two members of the legal profession, and to prevent Irba’s board from containing members who share directly or indirectly in the profits of registered auditing firms, and receiving any payments (excluding pensions) from registered auditors.

The investigating committee is to only consist of members who are independent from the auditing profession, and to always contain two members who are former auditors and one advocate or attorney.

Read: Will a firmer hand on the audit profession restore its credibility?

Clause 11 of the act proposes the amendment that membership of an accredited professional body is a prerequisite for registration as an auditor or candidate auditor.

It furthermore proposes that where an individual registered auditor has reported an irregularity and resigns from the firm before fully complying with the relevant section, that auditor must do the necessary handover to the incoming auditor regardless of when the resignation takes effect.

In order to ensure effective disciplinary procedures, the investigative processes are enhanced to include the power to subpoena documents and people (Clause 15) and to conduct search and seizure operations (Clause 16), on condition that entry and search operations can only be consensual or be dependent on a search warrant granted by a judge or a magistrate. Such powers are only to be exercised within the prescripts of the South African Constitution.

Once an auditor has been found guilty, two processes are created in Clause 17, namely an admission of guilt process and a disciplinary hearing process.

As far as admission of guilt is concerned, this can lead to either a caution or reprimand, or the imposition of a fine not exceeding the amount set periodically by the finance minister, or additional training, or a combination of any of the aforementioned.

Anyone who fails to comply with the findings of a disciplinary hearing will face imprisonment for up to five years, or a fine, or both imprisonment and a fine.

To safeguard information obtained during reporting of alleged misdeeds and disciplinary processes, the bill prohibits the disclosure of information – except where it is required by other legislation.

Read: It may be time to liberate auditors from the accounting profession

The bill was already passed by the National Assembly last year. Once the Standing Committee on Finance has added its stamp of approval, it will be submitted to a full and public session of the National Council of Provinces (NCOP) in parliament for a vote.

Given the relatively non-controversial nature and the high level of consensus on this bill, it is expected that it will become law shortly.

Jan-Jan Joubert is a political journalist, commentator and writer.

Next, what about lawyers and doctors professional standards being examined?

Who guards those that guard us?

Lawyers will draft the regs for the doctors, accountants and lawyers.

So after all the Steinhoffs, Tongaats etc they decide to apply a few standards. Says a lot doesn’t it.

The solution is very unpopular yet simple: divorce auditing from the accountancy profession entirely. Structure it in the same way as advocates are structured. You’ll kill many vultures with one stone and you’ll correct a lot of systemic errors in one go.

More laws and regulations, yet some people have mansions in Dubai and fortunes in Pakistani and Dubai banks.

All TaxPayer money and SARS does not do anything about it!

The regulations will simply increase the barriers to entry into the profession, and raise the fees for the clients, without stopping innovative criminals from abusing the system. Regulations incentivise increasing innovation to sidestep the increasing regulations that incentivise increased innovation. The client and the investor are paying more for a false sense of security and they thank the regulating authority for the process. Extra regulations create jobs for extra regulators whose salaries will ultimately be paid for by the client.

If the regulator was skilled enough to do his job, then he will earn ten times as much by working for himself and advising clients on how to circumvent the regulations. The Zondo Commission provides ample evidence of this process in action.

Increased regulations will not change the reality as stated by Warren Buffet: “There are only two numbers in the financial statements you can trust. The first is the page number and the second is the dividend yield because you can verify the dividend payout in your bank statement.” 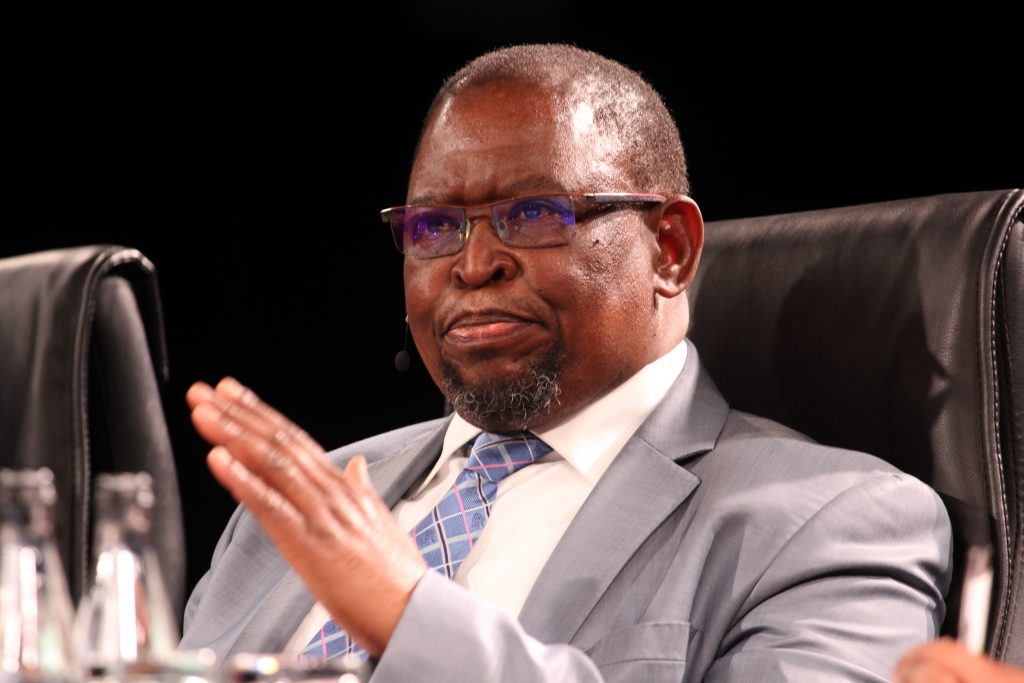 Assured investors that improving safety and security is one of the government’s top priorities.