The fund manager is one of the few Black-owned managers in South Africa that offer direct global equity exposure.
By Justin Brown 4 Sep 2021  00:46 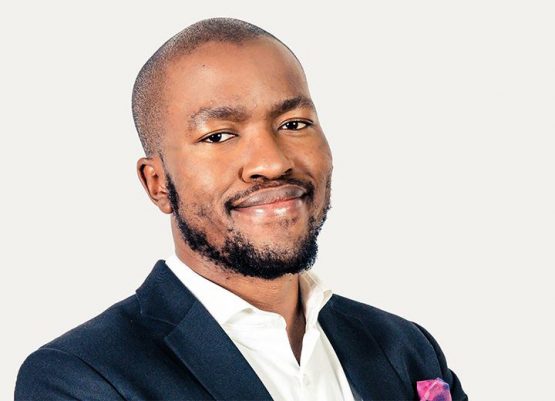 Simpiwe Mayekiso will take over as the fund manager’s CEO. Image: Supplied

The acquisition of Bidvest-owned Cannon Asset Managers by Seriti Capital Partners became effective on September 1, 2021. Simpiwe Mayekiso will take over as the fund manager’s CEO.

Bidvest and Seriti concluded the deal in July, and Modiba has been the fund manager’s CIO since last month.

Cannon is one of only a handful of Black-owned managers in South Africa offering direct global equity exposure. It provides exposure through three of its portfolios: Global Growth, Assertive Growth and Global Champions.

Modiba declined to disclose the price that Seriti paid for Cannon. However, he said Seriti competed with several other bidders before concluding the deal.

Mayekiso is joining Cannon from the Kenana Fund, where he was chief executive. Before that, he worked for the Eskom Pension and Provident Fund, Pan-African Private Equity, Golden Dividend and Kagiso Ventures.

‘When we heard Adrian Saville had left Cannon earlier this year, we thought there might be an opportunity to partner with Bidvest, but they wanted to exit third-party asset management. So the opportunity to buy Cannon Asset Managers was quite exciting,’ Modiba said.

Saville left Cannon in April and joined London-based, multi-family office Genera Capital as an investment specialist in their Johannesburg operation.

Modiba said Cannon’s global portfolios had done well, but the performance of its other portfolios has not been great. The new owners are looking to change that.

Cannon has 12 portfolios with about R400m in assets under management. Under Seriti’s control, it will have four staff members: Mayekiso, Modiba, operations manager Nthabiseng Modiba (unrelated to Tshepo Modiba), and an investment analyst, whom Modiba declined to name.

Several former Cannon staff have remained with Bidvest to manage some of the group’s internal assets, Modiba said.

Cannon had more than 30 clients, including a handful of institutional clients. Modiba said most of the clients are private and high-net-worth individuals.

‘We are looking to take a highly professional, lean, start-up approach to the business, where things such as information technology and human resources are outsourced to third-party providers,’ Modiba said.

He acknowledged that Cannon had seen high staff turnover over the past two years, including the exit of founder Saville.

Former Cannon CIO Samantha Steyn left the company at the end of July to join the Youth Employment Service.

‘Youth unemployment is the biggest social crisis in South Africa, and I believe I can make a difference,’ she told Citywire South Africa.

Modiba said Seriti would have liked to have kept Steyn in the business.

Choosing somebody to manage your money, just because he’s of a particular hue, doesn’t seem to me to be such a smart investment strategy.

The irony of it all.

Looks like this guy changes employers every 6 months !!
I will steer well wide of this Cannons barell.

Reading between the lines here, I would stay well away.

Not difficult for “global portfolio’s to do well!!

If locals are supposed to “own” the economy should these guy’s not be selling the “local portfolio”.

Maybe they know the political instability risk in SA is just to high.

JUST BUY A F… WORLD ETF!!! Much cheaper and no political mumbo jumbo.

If your hue was different, the comments here would be different.

I wish you success.