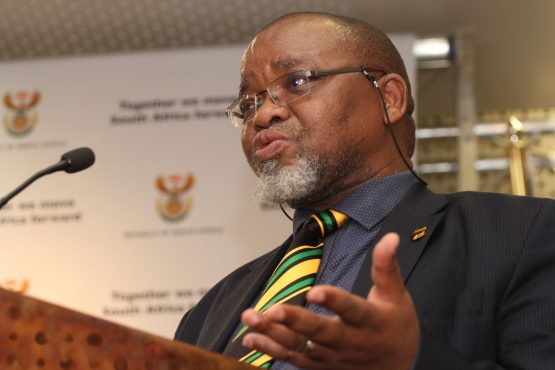 South Africa plans to raise black ownership at permit-holding mining companies to 30% from 26% within five years, the latest draft of a hotly-contested new industry charter showed on Friday.

The government and miners had been at loggerheads over a previous version of the charter, which the Chamber of Mines industry body slammed as confusing and a threat to South Africa’s image with investors.

The new draft charter extends to five years from one year the time that existing mining permit holders will have to meet the new black ownership requirement.

It also addresses a dispute over companies that were not recognised as having complied with black empowerment rules under the previous version of the charter, even when that was the result of a black investor selling shares.

“Publishing of the Charter moves us a step forward in terms of ensuring regulatory and policy certainty for the industry,” mines minister Gwede Mantashe said in a statement.

Agreeing a new version of the charter is seen as instrumental to securing further investment in the mining sector, which new President Cyril Ramaphosa has made a priority.

The charter, published for public comment before being refined into law, is part of South African affirmative action rules that aim to reverse decades of exclusion under apartheid.

A new addition to the latest charter is that at least 50% of the seats on mining company boards will have to be allocated to black South Africans, and that at least 20% of those must go to black women.

For new mining right applicants, they must have a minimum of 30% black shareholding before securing the permit, according to the draft. But the requirement that 10% of that ownership target be granted for free to communities and qualifying employees, dubbed ‘free carry’, might cause controversy among mining companies.

The Minerals Council South Africa, an industry lobby group, said it was against the free carry stipulation.

“The industry does not favour a requirement of 10% ‘free carry’ on new mining rights as part of the proposed 30% BEE equity ownership target, as it would render uneconomic a significant proportion of potential new projects, and would undermine and constrain any prospects for growth in the sector and indeed the economy as a whole.” MCSA said in a statement.

Other proposals in the charter include: new mining rights holders must pay 1% of core profit, or Ebitda, to employees and communities and that 70% the mining goods procurement budget must spent on South African made goods.

Is the 30% empowerment for the well to do or is it for the poor ?

10 percent is for the poor.
20 percent for ANC enrichment

ANC policy works like this…Lets take what has worked in the past and then do the exact opposite and expect better outcomes.

This presentation by Peter Major on some history of mining in South Africa and current status and economics.

More racist, corrupt policy from the ANC raping the economy while it hobbles along.
No Surprise there from BEE baby Cyril.
Crash and burn African fools.

I genuinely think the country and Government or more obsessed with race than ever before. If only the ANC governed and managed effectively we could all be benefitting from a thriving economy and country. As a White person I would like to give others this message: Don’t think for one second think we are not totally traumatised at watching this country being totally and utterly mismanaged. The mining industry should be a source of immense pride for the people of this country and not some political football for the ANC to cover up their massive shortcomings and bitterness. I am most comfortable with reparations and transformations linked to Apartheid but in no way should I be held responsible for ineffective and corrupt ANC rule.

Okay. Operate for the next five years, go after the easy money, don’t worry about long term environment impacts, who cares about the safety and health of the local community and then shut down. Enough time to find other investments and avoid any lawsuits. Is this what’s indirectly being promoted?

Disappointing after 20 years of freedom we are still talking about 30% ownership for natural resources. Employees (black & white) should get 45% ownership

Do you realize that the free-market system actually allows for employees and communities to own, not only 45% of the mining company, but 100%?

The free-market system allows people from disadvantaged communities to have 100% ownership, not only the 30% allowed by the socialist ANC government.

They should have been buying shares since 1990, instead of spending on whiskey, expensive cellphones, comitting crimes like jackrolling.

The conditions actually got worse , and knowing this politburo it is only going to get worse . no long term future for white business in this country. these moenas want us gone and we ARE going. no sense reasoning with punchdrunk fools

The ANC are nothing less than despicable. Having destroyed the premier global mining industry, at gunpoint, with characteristic unchecked avarice, the rabid carrion crows are now squabbling over the crumbs. Desperately trying to salvage some ghastly remnants for themselves all that shines through is their vile arrogance and folly.

The sun is setting fast on South African mining. Thanks to rank corruption, BEE, risk, ongoing fiascos such as MRC and a mature industry, exploration funds have effectively dried up. In ten years time only South Deep, KDC and Target will be viable gold mines. Platinum demand is set to drop off the cliff with electric cars and recycled scrap. The ANC will kill coal in a desperate attempt to curry favour with the loony environmental left. Diamonds are not forever and resources are all but exhausted. All copper mines bar one are closed. The demand for chrome, titanium, vanadium, manganese, iron ore and and others is finite and many other countries have giant deposits. Mere crumbs. What is sad is what this industry could have been with responsible governance.

Why is there no political will to create a ‘Sovereign Wealth Fund’ that gives units to all BBBEE citizens that qualify (legal SA Citizens with no criminal track record), and make the 30% ownership available to them?

You cannot create wealth using mechanical constructs such as giving shares away – someone has to pay. Nearest thing to a wealth fund is the PIC which is the largest holder of shares on the JSE. I suspect this is going to run into problems in future least of all because things like BEE are creating a structurally low return environment, while it’s liabilities (pensions of state employees) are ballooning. Would be good to get some comments from an actuary of how the PIC reconciles assets and liabilities.
The systemic risk the PIC poses to the JSE is something that should be considered (when the time comes to pay those generous pensions in future who will buy the equities from the PIC?).

It is that 4 letter word “give”

Absa PMI rises in May as economic activity edges up

Absa PMI rises in May as economic activity edges up Managing cashflow during the pandemic