Motorists have been told they will not have any driving licence renewal problems by the end of the year. Image: Shutterstock

South Africa’s only driving licence card-producing machine, which broke down on November 7 and is still not fixed, is to be permanently replaced by new machines that will produce the planned new smart card driving licence due to be introduced this year.

Transport Minister Fikile Mbalula on Tuesday also hinted that a policy review of the driving licence regime is to be undertaken.

“Policy wise I can’t speak because these things must be processed. I will be ahead of time if I talk about policy reviewables in terms of the driver’s licence regime.

“But we are looking at that. Should we align it [driving licences] to five years or 10 years? We are looking at those options. Again we need to go back to cabinet and review that,” he said at a function to announce the rollout of the Covid-19 taxi industry relief fund.

Mbalula added that the broken driving licence card-producing machine is being fixed in Germany and should be back in South Africa by March, but it is an old machine and no other country in the world is still using such a machine.

“We are not looking at that machine as a permanent feature,” he said.

“That is why we are producing a new card. It’s going to be a new card, a new machine, which is on par with the developed world.

“We should have long [ago] changed this but nonetheless we are changing it in the sixth administration.”

Mbalula said the broken machine has already been shipped to Germany and “is being fixed as we speak”.

Mbalula said he will be doing a presentation on the new driving licence machine to cabinet at the first meeting this year.

“So once cabinet approves that, new machines are going to come,” he said.

Despite the delay in repairs to the existing machine, Mbalula still expects the driving licence renewal backlog at Driving Licence Test Centres (DLTCs) to have been eradicated by the end of March 2022, the deadline set last year.

Mbalula said the new Waterfall Park DLTC in Midrand “is the future” and where the Department of Transport (DoT) is going.

“I can bet you by March this year, with the speed and efficiency we have employed to address the backlog of driving licence renewal, there is no doubt we will beat the deadline that we have set for everybody,” he said.

Mbalula said the new Waterfall and Centurion DLTCs in Gauteng are the model the DoT wants to replicate throughout South Africa and made a commitment that motorists will not have any driving licence renewal problems at DLTCs by the end of this year.

“It must not be a stress to get a driver’s licence,” he said.

“I’m doing away with those crooks at Langlaagte and everywhere else where they are giving you a headache when you go get your licence.”

Mbalula also indicated that he will be making an announcement about motorists being forced to pay for a temporary driver’s licence through no fault of their own because of the breakdown of the driving licence card-producing machine.

The Automobile Association and the Organisation Undoing Tax Abuse (Outa) have been outspoken in their criticism of how the breakdown of the machine has been managed and the lack of information provided to the general public.

The organisations also previously indicated that they believed a further extension to the validity of driving licences will be necessary because of the increase in the backlog and that it is wrong and unfair to expect motorists who have applied in good time to renew their driving licence to have to pay for a temporary licence.

In terms of the extension announced last year, all learner’s licences, driving licence cards, temporary driving licences and professional driving permits that expired during the period that commenced from March 26, 2020 up to and including August 31, 2021 “are deemed to be valid and their validity periods are extended for a further grace period ending on March 31, 2022”.

Mbalula on Tuesday appealed for time to allow him to deal with the “temporary arrangement”.

“It’s not the poor’s problem, it is the problem with the machine, which we are fixing. But the temporary arrangement we are going to introduce, we will come back about this,” he said.

It also previously confirmed to Moneyweb that the breakdown occurred as a result of flooding from an adjacent building at the production facility, which led to an electrical surge resulting in damage to the machine, and not from a lack of maintenance, as the last routine maintenance of the machine was done as recently as October 2021.

“The team is doing everything possible to restore the machine to full functionality before December 31, 2021,” the DoT said.

It confirmed to Moneyweb in December that the Driving Licence Card Account (DLCA) entity has the capacity to produce around 300 000 cards in a month.

“This gives the DLCA the comfort that the backlog will be cleared as quickly as possible once the [broken] machine is back in full operation,” it said. “The DLCA will implement shifts and overtime work in order to address the current backlog being experienced.”

So, we only have ONE driver’s licence printing machine!

At the bank they have a small machine, that prints bank cards for customers. How much more complicated must printing driver’s licenses be?

This is the difference between state and private expertise. Extrapolate into the SOE’s and voila! you have a failed state.

But we plan to get new cards and machines this year in any case.

So then why fix the old machine ?? Just get the new ones working !!
If you need to buy time just extend the current license expiry to 10 years !!
How bloody difficult can it possibly be?????

It takes them a long time because they are trying to find a way to rig the tender procedure to enable some cadres to exploit the opportunity to the detriment of everyone else.

If they simply followed the advice of EFF Commissar to use the same card machine as the banks, the cadres will miss the opportunity to plunder the resources of the nation.

Casper, Casper … to repair that R1m machine will cost about R300m. It’s the dismantling, putting in a box, the transport, the worry about it not being looked after, the visits to the Dr. to handle the stress. Then we have to fetch it and unpack it! Plus VAT.

The Shaik Bros will be suitably grateful to Mbalula in Dubai I would guess.

Hmmm … let me see if I understand this; we want a new nuclear power station but we can’t fix a driver’s card machine?

“ I can bet you by March this year, with the speed and efficiency we have employed to address the backlog of driving licence renewal, there is no doubt we will beat the deadline that we have set for everybody,”

What is the bet sir? Resignation perhaps… Come on, show your confidence!

The new system is based on Post Office delivering cards. So maybe 50k of the 380k will actually be delivered in 12 months?

In early trade the rand was at R15.68 against the dollar, 0.16% stronger than its previous close. 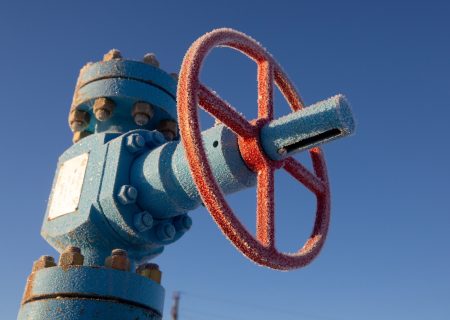