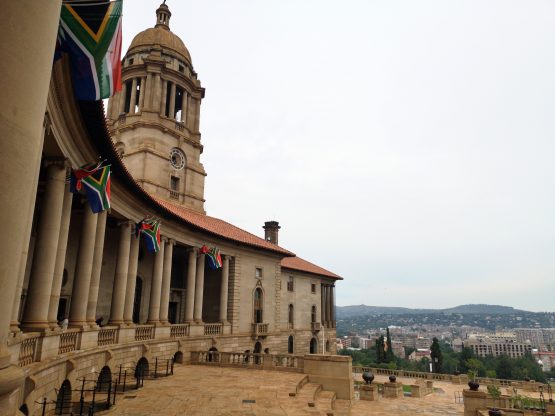 Despite its extremely aggressive revenue collection campaign, the liquidity squeeze has caught up with the City of Tshwane, leaving it with an empty purse and unable to pay Eskom the R908 million that was payable on June 17.

Eskom said in a statement on Monday that the capital city was only able to make two payments since – R10 million on June 23 and another R20 million a week later.

The national power utility says it escalated the matter to DA mayor Randall Williams, who leads a multi-party coalition government, and asked him to ensure payment is made by June 30. This did not happen and instead the City of Tshwane tried to offer to pay through a payment arrangement for the outstanding R878 million, which was rejected by Eskom.

This is the second time this year the city has been publicly shamed by Eskom.

Williams responded angrily in January when Eskom also went public about an overdue payment by the city. At that stage the City of Tshwane owed Eskom R635 million that was payable on January 18. Williams had met with Eskom and the city had made a commitment to make the payment. He called Eskom’s public disclosure “disingenuous”.

In its statement on Monday Eskom referred back to the incident and added: “Out of the eight metropolitan municipalities in the country, the City of Tshwane is the only one with erratic payments.”

This has been going on for the past year, according to Eskom.

In a statement issued by the City of Tshwane on Monday afternoon, the city stated it “has communicated with Eskom and provided them with a payment schedule of our debt.”

The city added that it has been battling liquidity problems due to low collections rates in the previous financial year and that the amount will be paid in full by July 7.

This may cost Tshwane ratepayers dearly, as Eskom is known to charge interest on late payments at a rate of prime plus 5%.

The city has in the meantime relaunched its #TshwaneYaTima revenue collection drive, in an effort to boost its collection rate.

In February it managed to collect hundreds of millions of rands by disconnecting properties where rates and taxes were in arrears. These included the well-known Sheraton luxury hotel, government buildings and businesses.

For the last two years the City of Tshwane has been performing very poorly in the annual Ratings Africa Financial Sustainability Index, with a point of 29 out of 100 in the financial year ended 31 July 2021.

In its comments, the Ratings Afrika analyst Leon Claassen said: “City of Tshwane’s overall score of 29 represents very low financial sustainability and some fluctuation over the last couple of years. This is caused primarily by very low liquidity, weak operating performance and a high debt burden.”

The drastic deterioration of City of Tshwane’s financial sustainability in 2020, from 34 points the previous year to 21, came after extreme political instability during which it was unable to hold council meetings due to disruptions by the ANC and EFF.

The Gauteng Provincial Government placed the capital city under administration, a decision the DA challenged in court and which was later declared unlawful.

Apart from recent events, the city also defaulted on its payments for bulk purchases from Eskom and Rand Water in September 2009 under the leadership of then ANC mayor Dr Gwen Ramokgopa. At the time Ramokgopa, who recently moved from the Presidency to a top role in Luthuli House, denied that the city was in a financial crisis, saying instead that it had to be congratulated for the way it managed its finances.

Meanwhile, in a joint statement on Monday, Eskom and the eThekwini (Durban) metro announced that eThekwini has agreed on a process to resume with the implementation of load shedding.

Following the floods in April the metro has been exempted from load shedding due to the damage to its distribution system and the fact that its electricity load was considerably reduced anyway.

The statement reads: “Importantly, there is agreement that the integrity of the electrical infrastructure was so severely compromised, that if parts of the infrastructure and loads were to trip either through a manual intervention (load shedding) or an electrical fault, it is possible and likely that the municipality grid could be even more severely damaged, thus further lengthening the duration of the outage.”

The irony …. the capital city of a morally bankrupt state is financially bankrupt. A nation run by …. yes! The ANC! Sigh ….