CapeNature ranger Hilton Bocks bends down to point out a tiny succulent, one of many spread over the stony plains of the Knersvlakte Nature Reserve on the West Coast. The pebbles crunch under our shoes as we walk around.

“This one is endemic,” says Bocks. “It’s young. I’m guessing five to six years. They take very long to grow in this area.”

The plant, which GroundUp agreed not to name, has been listed as rare. It is one of the succulents found only in this area which are being poached to extinction by syndicates linked to the international illegal market.

Bocks points out another tiny succulent. This one, he says, is probably 50 years old. 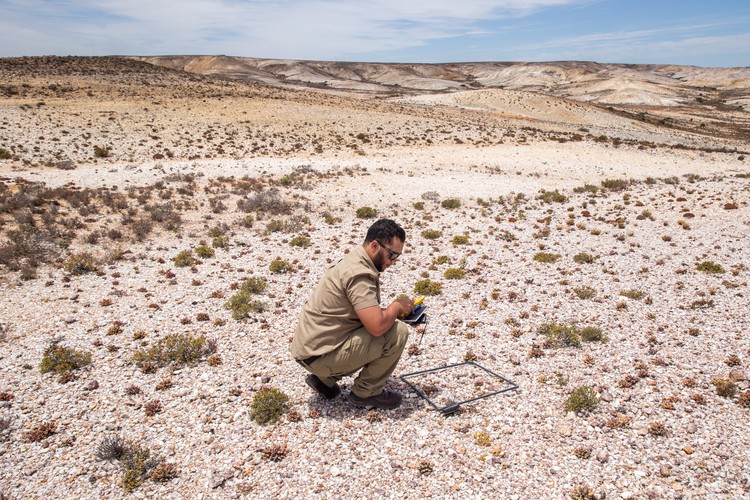 The arid 90 000-hectare Knersvlakte Nature Reserve is home to some of the world’s rarest dwarf succulent plants, usually less than 10 cm high, often only a few millimetres above ground.

The Knersvlakte is a small part of the Succulent Karoo — a diverse biome which is home to over 6,000 plant species — which stretches from Namibia, through the Richtersveld and the Northern Cape, to the little Karoo in the Western Cape.

According to the South African National Biodiversity Institute (Sanbi), there are about 2500 types of succulents endemic to the area in the Succulent Karoo.

Sanbi estimates that more than 1.5-million of these dwarf succulents have been removed from the wild over the last three years. Many of these plants have been red-listed. 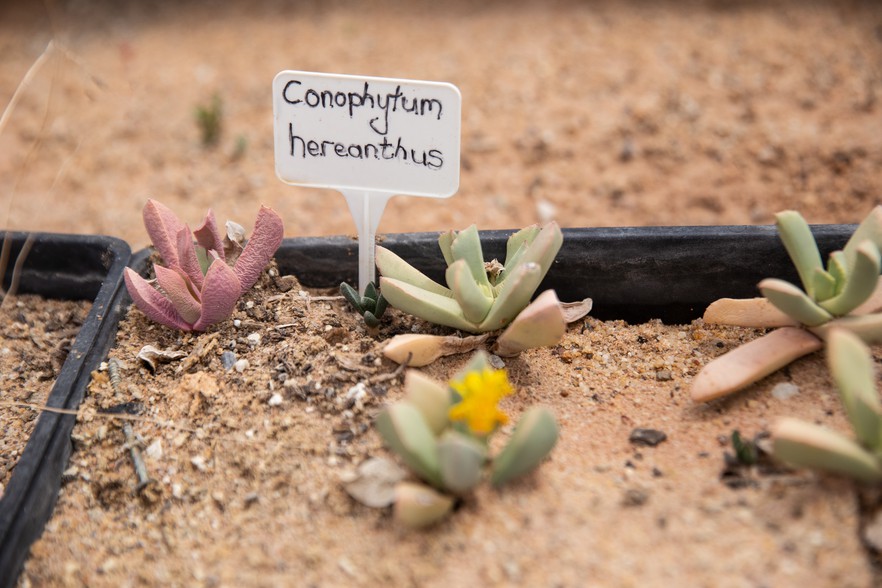 Conophytums is a species of dwarf succulent, many of which are currently endangered due to poaching.

The illegal trade in these plants is increasing at an alarming speed. According to Sanbi, in the past three years, the number of plants confiscated from poachers by the South African Police Service (SAPS) has increased annually by over 250%. By November last year, police had confiscated about 415,000 plants.

“We suspect that less than 25% of the trade is intercepted by law enforcers. It’s likely that over 1.5 million plants have been removed from the wild in the past three years,” says Mpulo.

GroundUp spoke to a resident of Springbok, who said he was not a poacher himself but had seriously considered it. He said poaching in the area was a consequence of high unemployment rates.

Latest statistics show that nearly one in two adults in the Northern Cape are unemployed.

“Many people are doing it out of desperation,” said the resident. He said that local poachers, who took the real risks when transporting the plants from the Northern Cape to Cape Town, were being exploited by the “middle-men” and buyers.

He said prices range from R30 to R100 at most per plant and poaching is driven by the illicit market. “We wouldn’t even have been interested in these things,” he said.

Police estimate that the market value of these plants is high, but figures are hard to come by. 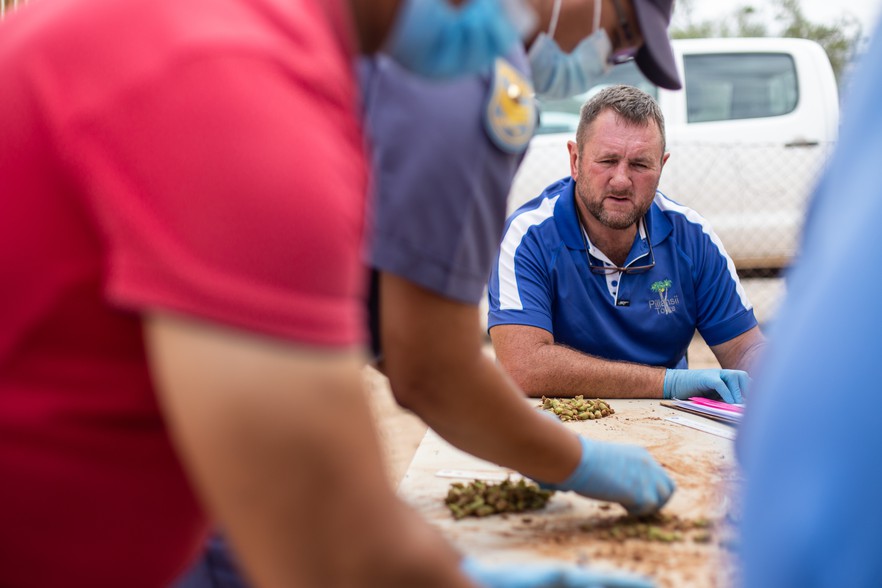 Captain Karel du Toit of the Springbok Stock Theft and Endangered Species Unit says poachers used to come from Asia to South Africa to poach the plants themselves, and some were arrested. But since lockdown started, they couldn’t come anymore and began roping in locals to do the poaching.

On 1 February, police arrested a man at a roadblock close to Springbok after Captain Karel du Toit of the Springbok Stock Theft and Endangered Species Unit recovered a large black bag from bushes next to the road.

The bag, filled with small succulent plants, was apparently thrown from the suspect’s car window. An officer at the scene said it looked like conophytums, a rare plant type that is currently in high demand. There were over 5 500 plants in the bag.

The police said roadblocks frequently result in arrests. Confiscations usually range between a few thousand and sometimes up to 20 000 plants.

Poachers are more active during the night, said Du Toit. “The poachers know that the roads are not manned at night.”

He said poachers used to come from Asia to South Africa to poach the plants themselves, and some were arrested. But when the Covid lockdown started, they couldn’t come to the country anymore and began to rope in locals to do the poaching. Now, mostly locals are arrested. 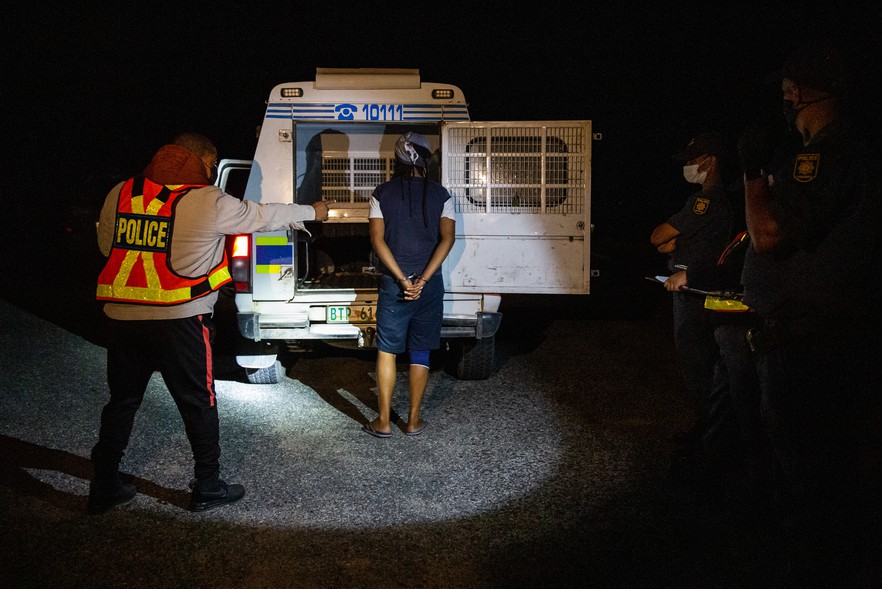 Police arrest a man after he allegedly threw a bag of poached plants out of his car window during a roadblock outside Springbok last month.

The plants which are recovered cannot easily be replanted, says Bocks. The exact location where they were poached from is not always known and because of the difficult conditions, plants may not survive once replanted.

Growing the succulents from seed is not easy either, said Christine Wiese, manager of the Kokerboom nursery in Vanrhynsdorp, close to the Knersvlakte. The nursery specialises in indigenous succulent types and sells seeds overseas, including in Asian markets.

But the plants take a long time to grow from seed. It may take five to seven years, even longer, for a succulent to get big enough to sell, making the poaching of fully-grown plants a more lucrative option. 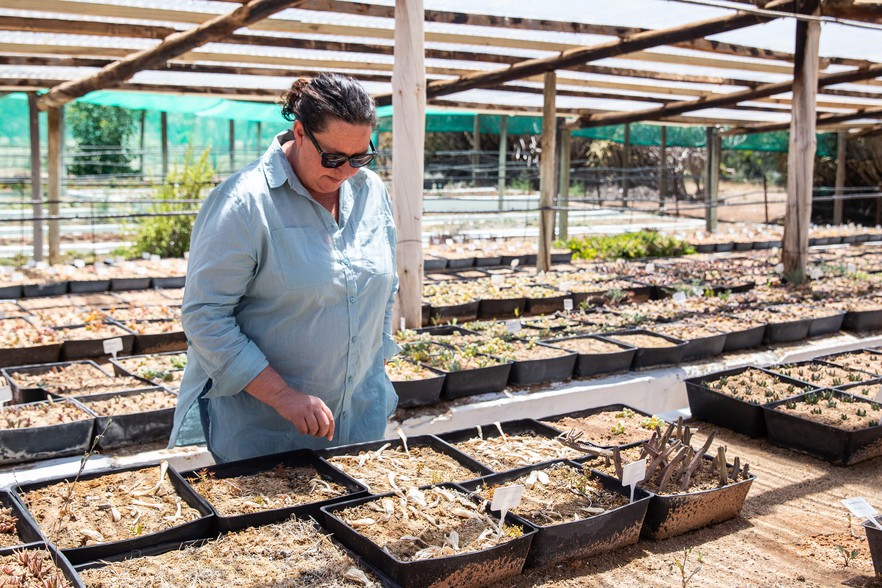 Christine Wiese, manager of the Kokerboom nursery, specialises in growing and selling the seeds of indigenous succulent plants such as the conophytum.

The term “poaching” puts all the attention on the people doing it on the ground, she said. The illegal trade in succulents involves many roleplayers — from people on the ground, middle-men, criminal elements, all the way to the end user.

“We want to draw attention to the whole trade, rather than just one element of it,” said Forsythe.

The resident GroundUp spoke to in Springbok suggested that instead of poaching, the community could start cultivating the plants and sell them legally to make an income. “If we can cultivate them, then we can protect them too. Then they don’t have to go extinct.” 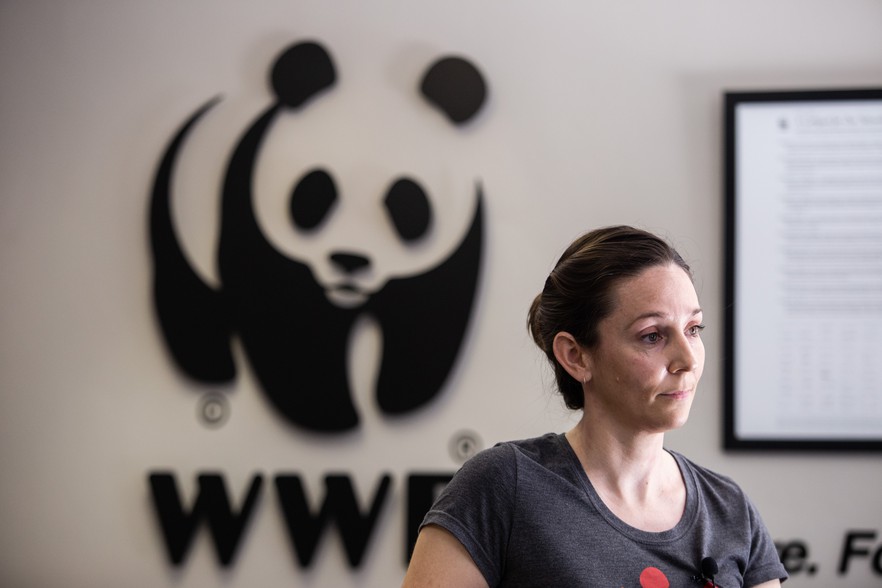