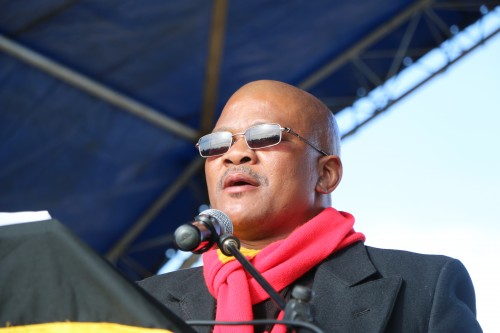 South Africa’s National Union of Mineworkers (NUM) said on Wednesday it would ask its members in the coal sector to strike after wage talks collapsed.

Africa’s most advanced economy, beset by power shortages, relies on coal for its electricity and is also a major exporter to Europe and Asia.

“We have the certificate to strike and will give the companies 48-hour notice later,” Peter Bailey, NUM’s chief negotiator in the coal sector, told Reuters.

NUM had been seeking wage hikes of up to 50% at one point but had scaled back and Bailey said its latest demand for its lowest-paid members was for increases of 1,000 rand ($72) a month, which he said amounted to about 13%.

A spokeswoman for the Chamber of Mines, which represents Glencore, Anglo American Coal and Exxaro , said the coal producers had raised their offer to wage increases of up to 8.5% for the lowest-paid workers, from 8% previously.

South African inflation is running at 4.6%.

Eskom said it only had enough coal to last up to a month.

“Most of our power stations have a 30 day supply of coal, if the strike goes beyond that period, we will have to make another plan,” Eskom’s spokesman Khulu Phasiwe told Reuters.

One option would be to truck coal directly from the mines to power stations.

Eskom has struggled to meet power demand, an important factor behind the economy’s contraction in the second quarter.

About 30,000 workers could take part in the strike by the NUM. Two smaller unions which represent mostly skilled workers and supervisors accepted the coal companies’ offers last week.

Like other mining sectors, coal has been hard hit by sliding commodity prices in the face of slowing Chinese growth, while power and labour costs in South Africa have been rising sharply.

South Africa’s mine workers have grown increasingly militant amid perceptions that wages for the mostly black labour force remain too low two decades after the end of apartheid rule.