Head back to court in September to appeal judgment handing back control of water and sewage to the ‘dysfunctional’ municipality.
By Ciaran Ryan 23 Aug 2021  00:01 The municipal manager was given a jail sentence last year, suspended on condition that raw sewage spilling into two rivers be cleared up within days. It was – but by the residents. Image: Kgetlengrivier Local Municipality website

The Kgentlkengrivier Concerned Citizens (KCC), which won a landmark decision in December last year when the North West High Court handed it control of the local municipality’s water and sewage works, heads back to court in September to appeal another decision by the same court handing back services to the Kgetlengrivier Local Municipality.

The original high court decision in December 2020 had municipalities across the country lining up to challenge dysfunctional municipalities and wrest control of services back into the hands of residents. Others opted for more direct action by way of ratepayers’ boycotts.

North West residents take matters into their own hands, and get court’s blessing

The revolt of the ratepayers

The North West High Court handed down a 90-day jail sentence to the municipal manager, suspended on condition that raw sewage spilling into the Elands and Koster rivers be cleared up within 10 days.

That condition was averted by residents, rather than the municipal manager, who was spared the jail time ordered by Justice Samkelo Gura.

The court handed over control of water and sewage services to the KCC, which raised more than R18 million from residents and local businesses to repair broken infrastructure.

Carel van Heerden, head of the KCC, says the area’s water supply was fully functional within weeks of the takeover, and the sewage system – with the aid of local engineers and volunteers – was likewise restored to working capacity.

On May 13, Acting Judge Mahlangu of the North West High Court ordered that the water treatment works be returned to the control of the municipality or its appointed contractor, Magalies Water.

Van Heerden says this judgment has too many errors to be allowed to stand, and will be appealed all the way to the Constitutional Court if necessary.

Back to being without water within days

“Since this latest judgment, we have been forced to hand over control of the water and sewage works to the municipality and its appointed contractor, Magalies Water, and within three or four days we were back to where we were a year ago – with no water in the nearby town of Koster,” he points out.

“The court ignored evidence we provided showing that Magalies Water had abandoned the water works at [nearby] Swartruggens, that it had not ordered the chemicals needed to purify the water, and that raw sewage again flowed from the Koster sewage works into the Koster River after it took over control of the site from 18 March this year,” he adds.

An affidavit by Van Heerden in support of the appeal says Magalies Water and the municipality “did not disclose the records of decision substantiating the lawful, due and proper appointment of Magalies Water”.

He goes on to state that the Kgetlengrivier Local Municipality is in a hopeless state of mismanagement, with the North West provincial administration failing to intervene and remedy the situation with the tools provided it by the Constitution.

The court also erred in assuming that the Kgetlengrivier Local Municipality was in compliance with the order previously issued by Justice Gura, when the evidence suggests this was not the case.

Eight respondents are cited in the case, including Kgetlengrivier municipal manager, the executive mayor of Bojanala Platinum, under which Kgetlengrivier Local Municipality falls, Magalies Water Board, the responsible provincial MECs, and the minister of Human Settlements, Water and Sanitation.

The applicants are KCC and Carel van Heerden.

Moneyweb reached out to Magalies Water for comment on the claims made in the appeal papers, but had not received a response by the time of going to press. The article will be updated if and when a response is received.

Van Heerden says the court also erred in failing to order the KCC and its appointed contractor Pioneer to be compensated for expenses incurred in rehabilitating the area’s water and sewage works.

There is also clear evidence that employees of Magalies Water and the municipality had abandoned the (water and sewage) sites from March 18.

Furthermore there is evidence that neither Magalies Water nor the other respondents had placed suitably qualified employees on site from March 18.

The state respondents have yet to file their replies to the KCC appeal.

The only reason the municipality want the control back is so they can interrupt the water supply again – forcing dependence on cadre owned water tankers or profit!!

The only reason the municipality want control back is so they can interrupt the water supply again–forcing reliance on cadre owned water tankers for serious profit !!

Do the municipal managers and staff not live in the same area? Why would you want to live somewhere that is in squalor if you have the ability not to?

Perhaps the challenge to the Municipality must come from a different direction. A Class action from rate payers vs Municipality based on the polluting of the rivers. The courts cannot deny this is happening and will have no choice but to award damages which can then be used for the fixing of services!
And where are the DA? This is a perfect opportunity for them to show solidarity with the communities and get voters support next time around?

Sakeliga, an organization involved in various civil rights issues, has also sued government and some disfunctional municipalities, applying to the court that rates and taxes are not administered by officials, but by an alternative structure with proper auditing skills.
One of the respondents is the finance minister in this case.

The municipality attitude towards this slimy self created problem is: do not worry or moan about this smelly problem: ‘we are all in it, it is just the depth of it that varies from time to time.

and as usual, when it was repaired and in working order by the private sector, immediately thereafter the “we want” / “we as municipality want it back in our useless / incompetent control who can not even keep a sewerage system in a working condition” but our salary we must get for no work done

In a letter to her mother in the late 1890s Delphie, wife of the then young dr. Ian Flemming described the little fledgling town of Bulawayo as, “Dear Dirty and Damnable!” It is an apt description for every town and city under ANC control in this country.

Since there is overwhelming evidence that the ANC is infested with criminals should we not then also prosecute all those who vote for them for aiding and abetting the perpetrators of crime?

The principal at play here yet again is the form of democracy which is being used.

We need a qualifying criteria and disqualification process for political parties.
To continue with municipal control the the party have to achieve the following:
a) 5% Economic growth
b) 5% Reduction in Unemployment
c) Produce an Annual Clean Audit Sheet
If they fail to attain this they are disqualified and fresh election takes place with the party been banned from re-election and the next general municipal election

The same should apply for National Government

The reality is that South Africa, north of the Western Cape, is uninhabitable for sophisticated life forms. The courts enforce this reality and the constitution guarantees it.

With ANC municipalities, there will never be any functionality. 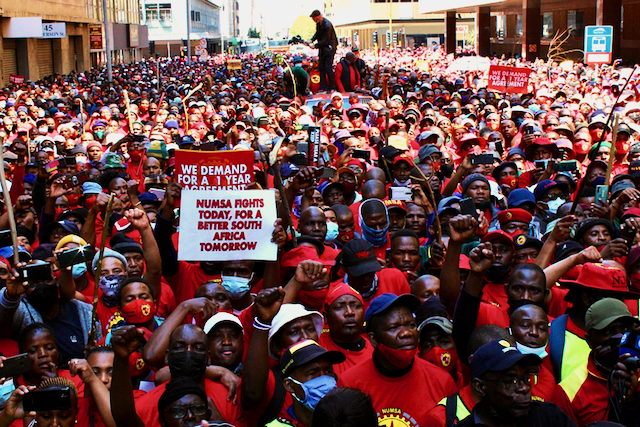 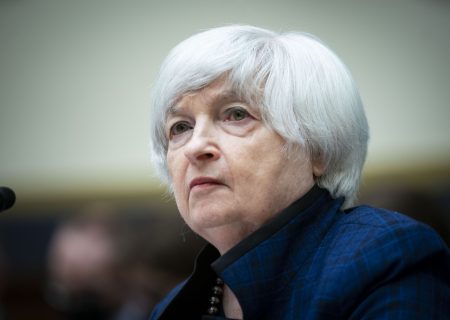 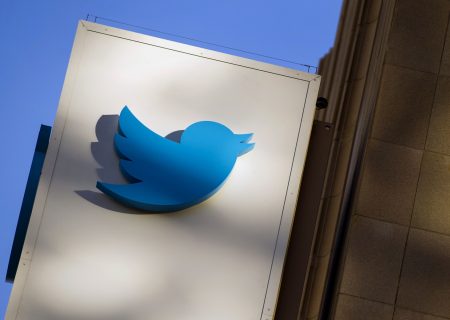