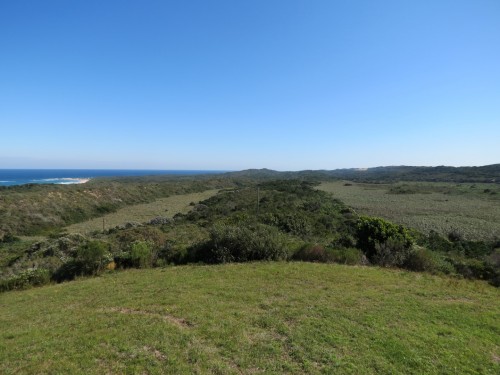 Thyspunt, situated between Oyster Bay and St Francis Bay, near Jeffreys Bay in the Eastern Cape, has been recommended in an independent environmental impact report (EIR) as the best site for the construction of South Africa’s proposed nuclear power station.

The revised environmental impact report (Version 2) for the proposed nuclear build has just been published and after considering various other sites, recommends Thyspunt.

While government’s Integrated Resource Plan 2010 makes provision for 9 600MW of nuclear generation capacity by 2030, the application for environmental approval that gave rise to the latest report, is for only 4 000MW.

Interested and affected parties have 60 days to comment on the bulky report and during October it will be presented at several public hearings in the Eastern and Western Cape.

After the hearings, the comment will be processed and a final report may be submitted for consideration by the Department of Environmental Affairs (DEA) before the end of the year.

The DEA may take a decision in the first half of next year, which may be appealed and if appellants are not satisfied with the outcome of such an appeal, it may be challenged in court.

Environmental assessment professional Elisabeth Nortjé of Gibb – the engineering and architectural consultancy appointed to do the independent assessment – told Moneyweb that neither the Thyspunt site, nor the one at Duynefontein, where Koeberg Power Station is situated, had any fatal flaw disqualifying them as proposed nuclear sites.

Thyspunt is recommended on the grounds of Eskom’s preference, which is based on the need to strengthen the grid in that region, as well as the positive impact it may have with regard to job creation and economic development in that area.

When the environmental impact assessment (EIA) process started in 2007, five sites were being considered, namely Thyspunt, Duynefontein, Bantamsklip in the Western Cape as well as Brazil and Schulpfontein in the Northern Cape.

The Northen Cape sites were excluded in November 2008 due to limited local demand for electricity and the lack of existing electricity transmission corridors in that region, according to the latest report.

The report states that while Bantamsklip remains a viable site for nuclear, it is the least favourable of the three remaining sites and a decision was made to exclude it from further consideration in the EIR.

The biggest stumbling blocks for Bantamsklip are transportation risks, with access to the site from Cape Town harbour being more challenging than at the other two sites; limited workforce available in close proximity to Bantamsklip; and the fact that detailed studies of the impact of transmission lines to be constructed from the power station were not available to the EIA team. Detailed reports about this aspect were done with regard to Thyspunt and Duynefontein.

With regard to Thyspunt the report warns: “The proposed nuclear power station (NPS) and associated infrastructure will bring about a fundamental change in sense of place at Thyspunt.” It continues: “It is only the passage of time that will steadily mitigate the huge sense of change that will be experienced at Thyspunt and for some residents it is a change that they will never get used to. Many of the residents specifically live in that area due to the sense of place that prevails currently and the sense of being in a remote and peaceful environment.”

The report states that Thyspunt is biologically more diverse with more threatened plant species than at Duynefontein, while the Langefonteinvlei wetland is of special importance. This, it states, should be taken into account by decision makers.

This can be mitigated by, among other things, careful site layout, the report states. “The proposed NPS could accordingly be developed without a material reduction in the ecological value of the site and the continued protection afforded to the property through the prevention of other developments must also be considered in the decision-making process.

“It must also be recognised that the most significant disruption will occur during the construction phase and thereafter the operations phase would see far lower level of impact on the natural environment.”

The report foresees significant economic development in Thyspunt, should the project go ahead there, especially during construction.

It acknowledges that “Many stakeholders would argue that they do not want such economic development in the area and that it would actually further spoil the area.” Many other stakeholders in the area however live in poverty and would benefit from the project.

“It would be hard to see that the proposed project would not result in a general level of improvement in human well-being for a large percentage of potentially affected stakeholders pretty much all in lower income brackets.”

That should do wonders for St Francis Bay property prices! Could become a new Russian holiday camp.

for the other side of the story!