Calls for an independent inquiry into e-tolls and the high cost of the Gauteng Freeway Improvement Project.
By Roy Cokayne 4 Mar 2021  00:01 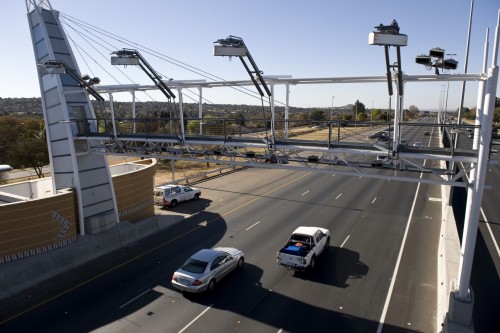 Electronic Toll Collections (ETC), which is responsible for the management and collection of e-tolls in South Africa, and its Austrian-based owner Kapsch TrafficCom have been implicated in alleged corruption and bribery involving millions of rand in two contracts.

Organisation Undoing Tax Abuse (Outa) CEO Wayne Duvenage said on Wednesday these latest revelations, along with others that Outa has raised regarding the ETC tender and contract values and the inflated Gauteng Freeway Improvement Project (GFIP) construction costs, warrant the introduction of an independent inquiry on the e-toll matter.

Duvenage said Outa believes the questionable payments by ETC to a contractor and indications that Kapsch allegedly paid a significant bribe to secure a Zambian contract raise questions about the awarding of the e-tolls build-operate-maintain contract to ETC by the SA National Roads Agency (Sanral) in 2009.

He added that with the ongoing and mounting controversies related to the e-toll fiasco, Outa eagerly awaits Transport Minister Fikile Mbalula’s announcement on the future of e-tolls.

Mbalula gave an undertaking earlier this month that an announcement will be made before the end of March 2021.

Outa reported on Wednesday that it has received information of alleged corruption and bribery by ETC and Kapsch, and claimed Kapsch initially ignored calls for an investigation.

Duvenage said a whistleblower who had reported these matters to the authorities and was concerned about the lack of action approached Outa in September 2020 to ensure these matters do not get swept under the carpet.

He said Outa investigated and then assisted in the compiling of an affidavit with all the available information and evidence, which was then submitted to the National Prosecuting Authority (NPA).

Duvenage said Outa in November 2020 submitted this report to ETC, which then appointed ENSAfrica’s forensics department to investigate the allegations.

“Outa has since met twice with the investigation team of ENS and requested follow up correspondence on these issues from ETC.

“However, ETC has made it clear that although Outa reported the matter to it and provided evidence and input to the investigators, ETC is not obliged to share the investigation findings with Outa or the public.

“To date Outa has not been informed of any findings in this serious matter,” he said.

Duvenage said Outa believes these allegations of corruption, bribery and maladministration were reported to the ETC board and executive management of Kapsch TrafficCom in both South Africa and Austria in mid-2019 but were apparently initially ignored.

The allegations were also reported to the SA Police Service, the US Department of Justice, and the Vienna Stock Exchange, where Kapsch has its listing, but did not receive any feedback from the authorities, he said.

Responding to a request for comment, Kapsch said these allegations are not new to the company, adding that for the past number of years ETC has had to respond in various forms “to repeated unfounded allegations emanating from a disgruntled former employee who seems intent on defaming the good name and reputation of ETC”.

“In response to these allegations, we have conducted extensive independent external investigations.

“In fact, the former employee had previously been asked, on numerous occasions, to substantiate the allegations. The investigators have received nothing but hearsay, conjecture and incorrect conclusions offered by the former employee.

“Despite repeatedly offering ‘conclusive proof’, it has not been forthcoming,” it said.

Kapsch said ETC is committed to doing business ethically, adding that it is confident that the truth will prevail and has every faith that the relevant authorities, to whom the former employee has repeatedly reported his allegations, will deal with them properly and appropriately.

Sanral indicated that it was unable to meet Moneyweb’s deadline for comment on the allegations.

Outa provided detailed information about both the corruption and bribery allegations.

It said ETC won the GFIP e-toll contract in September 2009 and three months later in December 2009 started making monthly payments to the value of R279 999.96 for the next 36 months to a contractor.

It said the total value of these payments amounted to just over R10 million and was supposedly meant to assist ETC in managing its qualifying small enterprise and exempt micro enterprise subcontractors to achieve a contract participation goal established by Sanral.

Outa said it is in possession of bank records for some of these transactions but there is no evidence that any such management services were delivered by the contractor to ETC.

It said these allegations were raised with the ETC board and Kapsch TrafficCom AG but no action was taken.

In regard to the allegations against Kapsch, Outa said Intelligent Mobility Solutions (IMS), a company 50% owned by Kapsch TrafficCom AG, in August 2017 won a concession from the Zambian government to design, install and operate systems for traffic surveillance, vehicle speed enforcement, road safety education and intelligent traffic solutions.

Outa said information provided to it shows that Kapsch allegedly paid the head of its Zambian partner US$3.5 million as a “pre-sales cost” into his personal account.

Outa said Kapsch later allegedly paid a further US$1.1 million to buy 1% of its partner’s shares, which in turn gave Kapsch a 51% shareholding in the Zambian operations.

A further US$1.9 million was allegedly paid to the partner for unknown reasons, with these payments allegedly transferred from Europe to Kapsch’s South African bank account and from there transferred to Zambia, it said.

Outa said the Zambian government refused to pay on the IMS contract due to contractual problems.

Outa claimed Kapsch’s Zambian partner allegedly told ETC and Kapsch officials in April 2019 that the payments were used “to pay bribes to the Zambian authorities and to pay security officials to arrest a minister he had clashed with”.

It further claimed the head of Kapsch’s Zambian partner allegedly told Kapsch that the signatures on contracts between his company and Kapsch were forged.

Sounds exactly like the typical larger business contract in Africa. Nothing is straight and on merit alone. Hyenas circling the loot.

Hey guys, you forgetting, it’s Africa things are normal.
If you don’t bribe somebody you don’t get business.

I wondered why etolls had suddenly disappeared from the budget speech and also why local government was calling for it to be canned. Scratch some more!

“Mbalula gave an undertaking earlier this month that an announcement will be made before the end of March 2021.” hahahahahaha Joke of the day

Is anyone surprised by these revelations?