The country is being prepped for a permanent state of undeclared lockdown and medical crisis.
By Ciaran Ryan 31 Mar 2022  15:31 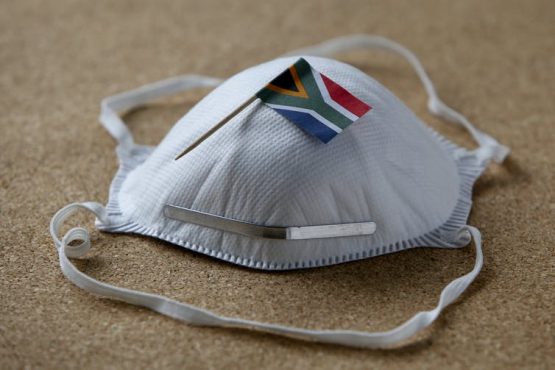 Public participation platform Dear South Africa’s servers slowed to a crawl on Thursday as thousands of South Africans logged on to register their reactions to the Department of Health’s proposed regulations that will, in effect, give government unprecedented powers to quarantine citizens, demand vaccine passports and a host of other restrictions.

The government plans to retire the Disaster Management Act as the tool with which to enforce lockdowns and other restrictions, and replace this with new regulations under the National Health Act.

“This campaign is flying faster than any we have done before,” says Dear South Africa’s project manager, Rob Hutchinson.

This includes the Dear South Africa campaign calling for public comment over expropriation without compensation. The comments were so skewed against the proposed change in the Constitution that it helped derail government’s plans to push through what many regard as the most radical legal overhaul since 1994.

Says one commentator: “What this amendment is doing is taking away the freedom to choose from citizens. It is absolutely evil to want to force people to take vaccines or any other medicine and then forcefully put these things into people’s bodies (without being) held liable for any side effects.”

“This is draconian and communistic,” says another. “There is no more pandemic.”

“This is oppression at its highest form. I say no to mandatory vaccine. I say No. Let people choose and decide what is good for their health. It’s been two years already. It’s not 2020 where we did not know how to fight a pandemic. This is not even a pandemic anymore. This is like a slap in God’s face, after all he has done for our country,” says another.

Hutchinson says few campaigns have elicited such a powerful response as the call for public comment on the proposed change to health regulations that make provision for compulsory quarantines, compulsory medical examinations if you have been in contact with someone who has a “notifiable” disease, the forcible extraction of body fluids, ongoing use of face masks and medical screening for those boarding local flights.

Here’s a sampling of the proposed regulations:

“We will be ruled indefinitely by ministerial regulations with virtually no effective oversight by parliament or the courts,” says Michael Swain, executive director for Freedom of Religion (FOR) SA. “There’s been a consistent pattern of unfair discrimination against the religious community. Religious gatherings were branded super-spreader events without any scientific proof or evidence of this.”

Attorney for FOR SA, Daniela Ellerbeck, says unless people speak out about these health regulations, they will become the new normal.

Something as inconsequential as a common cold may be listed as a notifiable disease, which would then trigger the full raft of draconian powers the state wishes to award itself – including compulsory quarantining, vaccination, hospitalisation and intrusive medical examination.

You have until 15 April to comment, which you can do here: https://dearsouthafrica.co.za/health-act-amendment/

The politburo has decided and the masses must obey !!!

When politicians (supposed civil servants) taste unprecedented powers it is very difficult to give them up. They allow for far less scrutiny or no scrutiny at all – remember tender checks and balances for huge PPE contracts were removed during lockdown – “in the interest of expediency”.

“When a man is denied the right to live the life he believes in, he has no choice but to become an outlaw.” ― Nelson Mandela

LOL – The state of disaster my be lifted but the disaster that is the state still remain !!

Why does the government not just call it what is.

Someone might want to point out to the NCCC that in places like the UK – all the regulations, masks and testing centres have been disbanded and they have admitted it is now endemic. Maybe someone from the ever present MI6 offices in SA could send a memo.

Haha this is hilarious. I can’t understand why there would be outrage over this – the majority don’t obey the rules anyway, why would this be any different? Hell, even the government doesn’t obey its own laws! Storm in a teacup folks ….

Please complete the protest on: https://dearsouthafrica.co.za/health-act-amendment/