Last week’s riots and looting in some parts of Gauteng and KwaZulu-Natal have severely disrupted operations in the trucking industry, leading to a cancellation of nearly 30 000 deliveries in consumer goods to different markets, according to data released by Netstar.

With shopping malls looted and in some instances trucks being set alight, transport links and distribution networks suffered a major backlog, sparking concerns over food shortages especially for consumers residing in affected areas.

The data reveal that Netstar’s three major clients lost more than 613 000 km in delivery miles in just five days, an equivalent of traveling around the globe at least 15 times. Moreover, within a period of just six days, its clients’ ability to deliver goods across the country declined by more than 74% in comparison to the previous three months’ data. The telematics company also reports that commercial clients in KZN were the hardest-hit, with more than 78% of transport vehicles being unable to travel during the protests.

Gauteng was also significantly impacted initially, with nearly half of all trucks standing still, but Netstar’s clients in the province were able to recover faster, losing only 15% of their delivery capacity.

Netstar says the industry showed signs of recovery towards the end of the week as the average number of trips were nearing normal levels, however conditions remain critical in KZN where it suffered a net loss.

The provinces of Limpopo, Mpumalanga and the North West were the least affected.

“Our ground teams and helicopters have been supporting our clients and the law enforcement agencies throughout the crisis. The trucking industry is the lifeblood of our economy as they play a critical role in getting goods to market and keeping the wheels of trade turning. We are hopeful that the situation will return to normal and that drivers can return to work safely,” Netstar Managing Director, Pierre Bruwer said.

Bruwer added that although the situation has subsided, the company is closely monitoring developments across the country.

Listen: Chantal Marx of FNB Wealth and Investment on the riots’ impact on retailers

“The graph on the wall, tells the story of it all”
“The lies and deceit gained a little more power…”

What an amazing letter!

If only Ramaphosa and his ANC would take heed

Unfortunately his party is dead set on their 106 year old policies, making him a puppet in an organisation beset to destroy..I’m truly ashamed to be a South African under these people

This open letter says it all..Well written and articulated

Nice but how many open letters did your lot ignore before finding yourselves in your current position?

Bib found a hair in his quiche this morning. An investor can now look at comparative returns in other countries and should do so before investing locally. 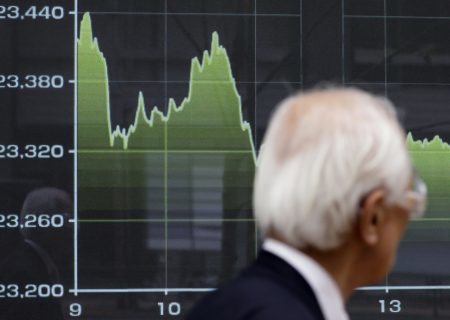