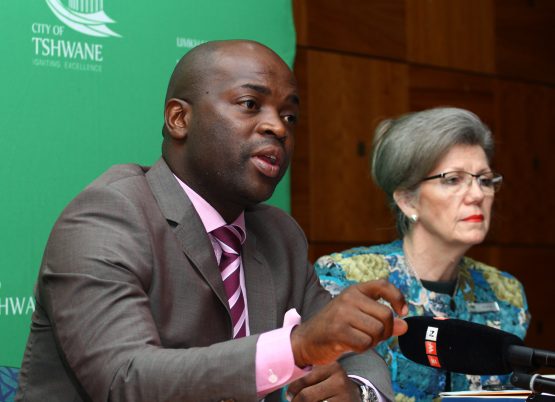 More than a year after the High Court in Pretoria set aside the irregular smart metering contract between the City of Tshwane and PEU Capital Partners, the DA-led city is still paying PEU millions every day.

This even though a court-sanctioned settlement last October – between PEU, the city and business grouping Sakeliga, which initiated the litigation – cleared the way for the city to end the agreement with PEU after a transition period of four months.

This would entail the replacement of prepaid electricity meters at about 12 800 Tshwane customers, mostly large power users.

From the city’s responses to questions from Moneyweb it seems as if the DA is taking little responsibility for this failure and trying to distance itself from the administration, while hinting at possible sabotage by certain officials.

In the meantime the city continues to pay PEU millions every day. Member of the Mayoral Committee (MMC) for corporate affairs Cilliers Brink said in October last year that the daily payments total almost R5 million. It is not clear how that number relates to the R343 million that his colleague, MMC for finance Mare-Lise Fourie, said the city has paid to PEU since July last year.

All of this comes against the background of a bitter stalemate between mayor Solly Msimanga and city manager Moeketsi Mosola. Msimanga has tried repeatedly to suspend Mosola but has failed after the EFF and the ANC combined forces and voted against the move in council. The fall-out came over an irregular tender awarded to Glad Africa, which Msimanga blamed on Mosola.

In response to Moneyweb’s questions to the city about the termination of the contract with PEU, Stephens Notoane, the group head of utility services and head of the PEU/TUMS (Total Utilities Management Services) replacement task team, said the city plans to change the way things are done under the PEU regime.

Sharing in the city’s revenues

“No third party will share in the city’s electricity revenues in the way that PEU/TUMS did,” he said. (He failed to acknowledge that PEU is still sharing in the revenues).

According to the city, the transition will occur in three phases: “First, procurement of the meter data management solution as well as the (meters); second, installation and testing; and third, integration.”

Not even the first phase has been completed.

The city confirmed that the “awarding of one tender delays the triggering of the four month transition period.”

Although the city did not give any detail about the tenders, Moneyweb has learnt from sources in the industry that the city has awarded a tender for a meter database management system.

There is however scepticism among industry players about the quality of the procurement process. More than one industry player told Moneyweb that the tender specifications were so poorly written that some companies decided not to participate.

Many bids were nevertheless submitted, but they ranged from R1 million to R276 million. Moneyweb’s sources say this is a clear indication that the services required were not clearly defined.

The tender that has not been awarded yet seems to be for the meters. According to the city this should be done by the end of January.

Moneyweb’s sources are very critical of the fact that this tender asked for a unit price per meter, without clarifying how many meters will be required. When asked about this, the city apparently indicated that it would negotiate with the winning bidder. The city also indicated that it won’t split the contract, but rather appoint only one supplier.

Industry players say this method deprives the city of insights into the benefits of economies of scale in the first round, and that negotiating with the successful bidder after the award could open the door to shenanigans.

Brink told Moneyweb that although “the Mayoral Committee is extremely frustrated by such delays, we equally cannot push the city administration to trigger the transition before operational arrangements are in place.”

He says that after the settlement was made an order of the court “the Mayoral Committee required a project plan and a monthly report from the city administration on how the plan is to be implemented.”

He went on to say: “Our most serious concern, as with most other governance issues in Tshwane, is the delay in the awarding of tenders. No mayoral committee that abides by the provisions of the Municipal Finance Management Act (MFMA) has control of the tender process. But we will do everything in our power to prevent supply chain management problems from derailing our divorce from PEU/TUMS.”

He says the Mayoral Committee “will go after anyone, be it an official or third party, that interferes with or attempts to sabotage” the process.

“This will hold, whether we are in government, or in opposition. The MFMA lays down serious sanctions for financial misconduct which cry out to be tested.”

Fourie says: “We regret that we could not have stopped paying this bill sooner, and that the wheels of the city administration cannot move faster.”

Armand Greyling, business and policy analyst at Sakeliga, says that if the delays continue the organisation will obtain a contempt of court order against the city to compel it to adhere to the earlier court order.

“We find it deeply concerning that after five years of extended litigation in the City of Tshwane/PEU/TUMS matter, that electricity consumers within the confines of the city’s jurisdiction still have to wait for the current smart-meter infrastructure to be removed in accordance with the court order obtained on October 23, 2018.”

He says residents of Tshwane have paid dearly with their taxes to fund this unaffordable and irregular contract.

This completely blows one’s mind! So the DA is as inefficient as the ANC!

What do people still not understand?

It is the quality of he people within the party that counts, not merely the organisation.

If the members and admin. officials are inherently rubbish then no amount of well meaning, principled individuals will make any material difference to the anc.

Look at the individuals in the DA, who has been appointed into leadership positions and the reasons therefore.

I think that’s a simplistic view, read this paragraph again:

“All of this comes against the background of a bitter stalemate between mayor Solly Msimanga and city manager Moeketsi Mosola. Msimanga has tried repeatedly to suspend Mosola but has failed after the EFF and the ANC combined forces and voted against the move in council. The fall-out came over an irregular tender awarded to Glad Africa, which Msimanga blamed on Mosola.”

I am certain that if the DA had an outright majority, the picture would be very different.

That is the problem in most metros these days. the DA blocks the ANC/EFF and vis versa. Noone cares about the metro its only the party. DA you need to win outrite like the best metro Cape Town.

I agree 100% with you Dr. There is a deliberate plan to sabotage the DA.This is the downside of governing as a minority party.

Personal experience in attempting to do business with government is that there are so few capable people in administrative procurement roles left that they don’t actually have the ability to properly prepare tenders. The sad icing on top is that they don’t even appreciate how poorly experienced they are so forge ahead with absolutely pathetic tender exercises and end up wasting everyone’s time and money as the processes are pulled apart and thrown out. National Treasury really needs to have a central tender expertise and grow its capability and expertise aggressively. In the meantime service delivery is non-existent and our taxes just get stolen by these PEU bastards and others.

I find it interesting that the EFF/ANC tag team when someone who is alleged to be corrupt is to be removed, what possible reason could they have to block that I wonder.

You would lose nothing if you chucked all our political parties in the rubbish bin….