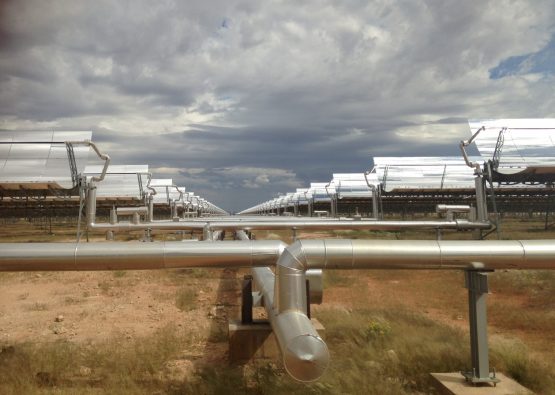 The private sector should step up to fund infrastructure development in South Africa as government’s ability to lend more for this purpose is increasingly restricted, says Code for Responsible Investing in South Africa (Crisa) chair John Oliphant.

Oliphant addressed the Moneyweb Renewable Energy Business Breakfast sponsored by Standard Bank in Rosebank on Tuesday. He said the R4.4 trillion South African pension fund savings should be accessed for this purpose and renewable energy projects are well suited for the needs of these funds.

Oliphant said the ratings agencies have told the South African government to stabilise its debt-to-GDP ratio. Since GDP growth is limited, debt has to be curbed, which limits government’s ability to lend money for infrastructure development. This impacts on much needed job creation.

He said the ratings agencies matter, as a third of SA government-issued bonds are in the hands of foreign investors. A downgrade could impact confidence among these investors in the local economy and lead to a significant outflow of foreign investment.

Oliphant pointed out that the country can’t afford to postpone infrastructure projects, as that in itself impacts on economic growth, as the recent Eskom crisis illustrates. He warned that failure to spend on the development of water infrastructure might lead to the next crisis.

He said the country needs R3 trillion invested in infrastructure over the next 15 years. In the wake of government’s constraints private capital should be mobilised.

While the ability of the banking sector to invest in infrastructure projects is limited by capital requirements, pension funds could play an important role.

He said the renewable energy sector has illustrated that this is possible. Government made the rules and attracted R192.6 billion of private sector capital over several bid rounds. This includes R53.2 billion of foreign capital.

The pension fund industry has so far been missing from this picture, Oliphant said. R4.4 trillion of savings is locked up in local pension funds, which can make a real impact on infrastructure development.

He said the low risk appetite of pension funds makes it more suitable to invest after financial close, during construction and operations, rather than in early development.

There is space in the equity buckets in pension funds and opportunities exist for yieldCos. He cited the renewable energy groups Hulisani and Gaia Infrastructure Capital, which listed on the JSE in the past year as examples, saying that they can compete with any other listed company for pension fund investment.

Oliphant said renewable infrastructure projects had long-term CPI-linked cash flows which are predictable with low volatility. This is suitable for pension funds that have to give annual CPI increases to their beneficiaries. “It is a match made in heaven,” he said.

The market is beginning to produce the correct products to capitalise on this opportunity, he said. Returns of CPI+4% to CPI+6% would be attractive to pension funds, he said.

Both equity portions and senior debt should attract pension funds, since they have different return profiles, he said.

“Inflation-linked paper is scarce and there is a big demand if it is correctly structured to suit pension funds,” he said.

Apart from the huge Government Employees’ Pension Fund, most others are relatively small with less that R10 billion in assets under management. This poses the challenge that a single fund may not be able to invest more than R500 million in infrastructure projects, while adhering to prudent diversification principles.

That means that a single fund would hardly be able to invest in more than one or two projects, which might result in irresponsible concentration of investment. Several funds would therefore have to be lumped together for this purpose, Oliphant added.

Embedded generation requires smaller investments that might be suitable to private equity investors. The private equity industry has however not been very involved in the energy sector, he said.

This content was brought to you by Standard Bank

Infrastructure is a government led initiative and one of the major reasons we are taxed. The idea of a pensioner owning a monopolistic entity is daft. Next thing we’ll hear that pensioners should own trees (because they are long term) so they can provide shade in retirement.

Is the GEPF/Oliphant betrothal not dismissed now?