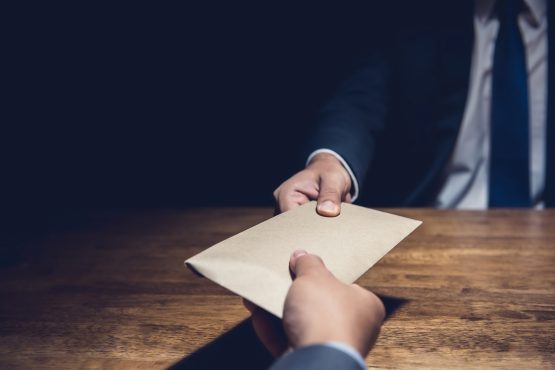 When money that should support critical services flows out of countries due to corruption, ordinary citizens suffer most. Image: Shutterstock

Sixty-four percent of South Africans believe corruption is increasing and 70% think government is doing a bad job of tackling it, according to the 2019 Global Corruption Barometer (GCB) for Africa.

Released on Thursday by Transparency International in partnership with Afrobarometer, the report is based on the largest and most detailed survey of citizen views on corruption and bribery on the continent. The survey was conducted between the end of July and September last year.

Read: ‘Corruption has become a culture, a normalised act’

The latest findings are, however, an improvement on the 2015 survey, when 83% of South Africans believed corruption had increased in the previous 12 months and 79% thought government was doing a bad job in addressing it.

South Africa ranked 12th worst out of 35 African countries in terms of the percentage of people who believe their country is doing badly in tackling corruption.

The top six countries on the continent in terms of citizens’ perceptions of their goverments tackling corruption are Tanzania, Lesotho, Sierra Leone, Ghana, Eswatini (previously Swaziland) and Nigeria.

Other key findings in relation to South Africa:

Source: Global Corruption Barometer Africa 2019; based on people who used these services in the previous 12 months.

Perhaps in light of all the revelations about state capture and corruption in South Africa in the past few years, the percentage of people who believe the president is corrupt dropped to 38% in last year’s survey from 46% in 2015.

The report also revealed that 38% of South Africans believe that most or all members of parliament are corrupt compared to 46% in 2015. There were also declines in the percentage of South Africans who believe most if not all government officials are corrupt (from 49% in 2015 to 44%), local government officials (down from 48% to 45%) and business executives (from 38% to 37%).

Moving from perceptions to interactions: 19% of those who made use of the police service in the previous 12 months paid a bribe, compared to only 3% in 2015.

While evidently not questioned about their perceptions of corruption in the non-government organisation (NGO) sector, the latest report shows that 30% of South Africans surveyed believe most or all people in NGOs are corrupt.

Corruption Watch executive director David Lewis says that while the surveys were undertaken too early to constitute a definitive public judgement on the performance of the Ramaphosa administration, it is clear that the South Africans surveyed, like their counterparts in the rest of the continent, believe their governments are not doing enough to combat corruption.

“Indeed, they believe that their public institutions, including key oversight bodies like parliament and the law enforcement agencies, notably the police, are among the most corrupt,” he says. “Impunity will rule unless these institutions are cleaned.”

Lewis says this underlines Corruption Watch’s concerns about the presence of several thoroughly corrupt parliamentarians and vindicates the organisation’s focus on tackling corruption in the criminal justice institutions.

The report stresses that corruption is hindering Africa’s economic, political and social development and is a major barrier to economic growth, good governance and basic freedoms such as freedom of speech or citizens’ right to hold governments to account.

It says the range of corruption challenges African citizens face is complex and multifaceted, requiring fundamental and systemic changes.

“Foreign businesses continue to bribe public officials throughout the continent to get an unfair advantage during bidding processes and secure deals that are overpriced or do not yield real benefits.

“When money that should support critical services, such as health care and education, flows out of countries due to corruption, ordinary citizens suffer most.”

The report states that 67% of citizens in Africa fear retaliation if they report corruption.

Perceptions of the extent of the problem vary considerably across the continent, but many citizens see corruption as increasing, governments doing little to address the problem, and bribery being far too common an occurrence in many countries.

The report notes that the results from the DRC, Sudan and Gabon are particularly concerning, while the high frequency of bribes paid to public servants is an urgent issue in Sierra Leone and Liberia.

It concludes that African governments must commit to implementing anti-corruption efforts, which requires:

The report says governments also need to protect whistleblowers and support civil and political rights while cooperating with other nations investigating corruption.

“Establishing public registers that name the owners of shell companies and taking action against stolen assets are also vital steps. All major economies and offshore financial centres have a part to play.

“To stop the flow of dirty money out of Africa, they must tackle money laundering, support the return of stolen assets and establish public registers.

“To ensure that their own companies aren’t increasing corruption in Africa, they should also effectively enforce the OECD Convention on Combating Bribery of Foreign Officials.

“African citizens deserve corruption-free countries,” it says. “Leaders on the continent and worldwide should act with urgency, commitment and integrity.”

You mean to tell met that back in 2015 half the country had no clue that Zuma was corrupt!?

MORE THAN TWO THIRDS OF SOUTH AFRICANS BELIEVE CORRUPTION IS INCREASING AND GOVERNMENT IS DOING A BAD JOB.

Hopefully this is the tail end of a very sad time in the history of the Rainbow Nation. All we need to do now is get rid of racist BEE policies so the right people are employed for their expertise and ethics not just for the colour of their skin.