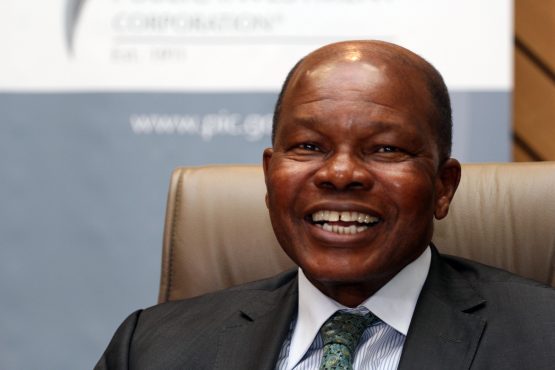 Reuel Khoza, the newly-elected chair of the PIC board. Picture: Moneyweb

The Public Investment Corporation (PIC) – marred by allegations of impropriety, many of which stemmed from the involvement of politicians – is taking a turn towards full independence as it looks to restore the image of the institution to its “former glory”.

This vision was outlined by newly-elected board chair Reuel Khoza on Thursday, shortly after he was announced as the first non-political chair at the state institution. The PIC manages over R2 trillion in assets, mainly pensions on behalf of its biggest client, the Government Employees Pension Fund.

New chair in town, and he is independent

“You will remember that, historically, the deputy finance minister was perforce the chairman of the organisation but now the PIC [wants] to go full corporate,” said Khoza.

He said the finance ministry wants the board to be ultimately responsible, and while it will be occasionally communicating with the shareholder in the person of Finance Minister Tito Mboweni, “the board shall be fully autonomous”.

Earlier on in the press briefing, where Mboweni introduced the 15-member board, he slammed the tradition of electing the deputy finance minister as chair stating that it is not supported by law. He added that frequent changes to the finance minister had negatively impacted the stability of the PIC.

“In my view, that was a bad practice because why [was it only happening] at the PIC,” said Mboweni.

Mboweni remarked on the PIC Amendment Bill currently awaiting President Cyril Ramaphosa approval, which formalises the appointment of the deputy finance minister or any minister of the economic cluster, as head of the board. He referred to it as a “political issue that needs management”.

“From a corporate governance point of view, I think that the cabinet decision was correct that the chairperson of the board of directors of the PIC will be a non-executive director and not a politician,” he said.

Mboweni assured the board that he will not interfere in its work, saying this would be the last time they would see him at the PIC, although “I might come for lunch if you invite me”.

Pertinent issues the board will have to attend to first include the appointment of a CEO and other key executives who have left the PIC, said Khoza.

The PIC has been without a CEO for eight months since Dan Matjila stepped down from the role under a cloud of suspicion in November 2018.

Khoza said the vacancy had left the institution at an “impasse”.

“Our sense is that anyone who is standing in an acting position is not standing on terra firma and they are not going to be decisive in terms of what they execute, so the first thing that we would like to do is to restore stability and simultaneously search for the PIC CEO,” explained Khoza.

He said the search for a new CEO will be done with “absolute urgency” and at a minimum the new head will be appointed in the next three to six months.

Khoza cautioned that it will not be easy to find a person of the right calibre to head an organisation as big as the PIC.

“Such people are bound to be working for other organisations and perhaps at the helm so the notice period could be fairly substantial,” said Khoza

Nevertheless this is not something that will be taken lightly, said Khoza, because “a headless organisation or an organisation in the hands of people who are transient simply cannot perform as it should”.

Other vacant executive positions at the PIC include the head of legal, IT, listed equities and private equity.

“We will also strive to ensure that we actually restore the PIC to its glory of those heydays when the PIC was actually held in very high esteem not only by its shareholder but also other publics that it addresses itself to,” said Khoza. African governments would venture offshore a lot less if domestic bond markets were active and liquid.