The fund manager appeared before Parliament’s Standing Committee on Finance on Wednesday.
By Thando Maeko 18 Mar 2021  00:01 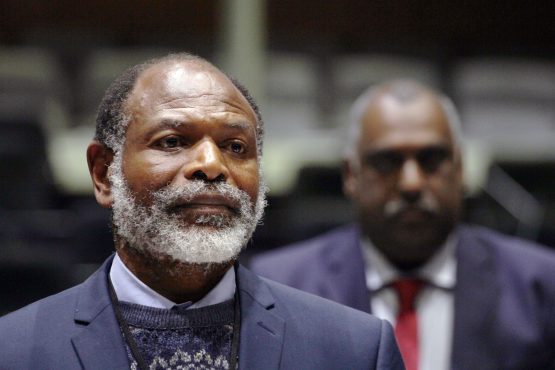 Public Investment Corporation (PIC) chief executive Abel Sithole has denied that the fund manager has been prejudiced against some of its investee companies.

This follows allegations by businessmen Iqbal Survé and Kholofelo Maponya that the financial and reputational damages suffered by the various companies owned by the pair can be attributed to the actions of the PIC.

Survé and Maponya appeared separately before Parliament’s Standing Committee on Finance on Wednesday, where they requested that the committee intervene in long-standing disputes involving their companies and the PIC.

Maponya is the head of Matome Maponya Investments (MMI) and made a slew of allegations against the PIC including accusing it of orchestrating a hostile takeover of Daybreak Farms (which has been wholly owned by the PIC since 2015) by organising a shareholders’ meeting to remove Maponya and two other directors of MMI, which previously owned Daybreak.

Survé, chair of Sekunjalo Investment Holdings (SIH) and executive chair of Independent Media, has accused the PIC of acting to “destroy” JSE-listed Ayo Technology through “agenda-driven and targeted” engagements. These engagements, according to Survé, have had a devastating financial and operational impact on the technology company.

Independent Media publishes titles such as Pretoria News and The Star newspaper. According to the Audit Bureau of Circulations’ data for the fourth quarter of 2020, circulation for Pretoria News is down 80% since 2019 – selling just 1 900 copies daily.

Read: The terrifying collapse of newspapers is here

Ayo is one of the five companies in the Sekunjalo Group that Survé chaired that were investigated by the PIC commission for dodgy dealings with the fund manager. The Judicial Commission of Inquiry into the allegations of impropriety at the PIC found that the corporation’s R4.3 billion investment in Ayo in 2017 was littered with irregularities.

The PIC and the Government Employees Pension Fund (GEPF) have since approached the courts to have the transaction declared unlawful and set aside.

Sithole said: “We have no agenda against our investee companies [and] the fact that we invested in them indicates that we support the initial vision as presented.… If we have taken any action, it can’t be any action that would destroy the value in the investment that we made.

Read: PIC must receive consent from depositors on how funds are invested

In 2017, the PIC subscribed to 99.8 million shares in Ayo at a price of R4.3 billion, or R43 per share prior to its listing on the JSE. This amount was grossly overvalued as there was no proper valuation conducted on the investment, according to the Mpati Commission.

Despite the value destruction of the Ayo share price, the company maintains that it has done “nothing wrong” and has blamed the media and the PIC for its losses, adding that the company is a “target of a coordinated smear campaign with ominous intentions”.

Members of the committee were however unconvinced by Survé and Maponya’s arguments.

“The reason why your companies are failing [and] why readers are leaving you and why this once proud media company is now just a smoking wreck of its former self … is because you [Survé] have no integrity and people can see that,” he said.

Freedom Front Plus MP Wouter Wessels echoed similar sentiments to Hill-Lewis, saying Survé did not address the adverse findings that were made by the Mpati Commission regarding his companies’ dealings with the PIC.

Committee chair Joseph Maswanganyi said the committee will reconvene at a later date to give the PIC an opportunity to fully respond to the allegations, some of which are before the courts.

My little bit of advise, is go away quietly. Surve you’ve been caught out and just do the honorable and retire / go away.

If R4,3 BILLION was “invested” in Ayo…where is that money now. Have businesses been bought that have had their value impaired? Or was the cash loaned to entities that cannot pay the loans back.

A first year articled clerk would work this all out in minutes…but alas that it is not something that our authorities will do. The JSE, NPA etc are wishing the problem away.

Meanwhile-the government pensioners had a taste of what the price of (at best) poor governance and fund management is. Its only the start though-there is so much lovely money to steal at the PIC so expect a lot worse in future!

Survé – Madiba’s “personal physician”. What a shameless thing he is

The Doc certainly deserves much more respect than he gets in South Africa. We should all be ashamed and Doc should be justly aggrieved. “A prophet is never honoured in his own land”. Readers tend to forget this man swam bare chested through shark invested frozen waters once a week for 27 years to play chess and break rocks with inmates on Robben Island. The swim back was always done at night against a headwind. He was also an assistant and advisor to Dr Chris Barnard during the first heart transplant while at the same time playing on the wing for Northern Transvaal during their heyday. A well known magician, he can make figures disappear off a balance sheet in the blink of an eye. All the while he is a self effacing,humble, modest philantropist who cares for homeless people in his mutiple apartments at the Waterfront while he sleeps all cramped up in his Maybach at night. Msanzi needs more people like Doc!