Eskom to move to Stage 2 load shedding this evening

This as the utility says its planned maintenance operations are paying off.
By Akhona Matshoba 21 Apr 2022  12:54 This comes after a unit each at Arnot, Majuba and Matimba returned to services last night and as it expects two more units to return to service in the next 24 hours.

“This, together with the expected lower weekend demand, makes it possible for Eskom to reduce the implementation of load shedding to Stage 2 starting at 22:00 tonight,” Eskom says in a statement.

“Load shedding will then continue at that level until Friday evening. Eskom will continue to adjust the stage of load shedding depending on the level of breakdowns.”

“The system is recovering. We are seeing some of the big units coming back as planned,” CEO André de Ruyter says.

“Demand forecast for this evening is a shade over 30 000 megawatts, our available capacity is at 28 022 which therefore explains why we have to maintain load shedding,” he adds.

Eskom says that, as it stands, of 79 of its coal generating units, 18 have been forced off the grid due to breakdowns while eight are out on planned maintenance.

In more recent breakdowns, the utility says it has lost a unit at Grootvlei power station – due to a boiler tube leak – as well as a unit at Tutuka power station due to a submerged scraper chain.

However, the utility has seen several units return to service, two units at Arnot power station as well as a unit each at Kendal, Matimba and Majuba have all been synchronised to the grid.

Eskom’s head of generating units Rhulani Mathebula assured consumers that the planned maintenance projects that the utility has undertaken are worth it and are ultimately yielding results.

“We have not seen a lot of failures on many of the units that we have recently brought back on the grid after long general overall outages.”

“However, it’s still an area which requires a lot of focus [from] our side, but we are comfortable that the maintenance that we are doing is really yielding the results that we were looking for,” Mathebula says.

Read: Eskom warns of a dark winter ahead

Eskom says it does not expect to implement load shedding next week, but then again this will depend on several factors, including this weekend’s weather patterns and the stability of Eskom’s generation units.

“Depending on how we perform over the weekend or so, depending on additional rainfall that is forecast for Mpumalanga – where of course the majority of our coal plants are located – we may potentially see further impacts and that may have an impact on availability of generation capacity, particularly for Monday next week, so Monday next week, the forecast is likely to be tight,” De Ruyter says.

Further, with over 100 days of power cuts expected in the worst-case scenario this winter, Eskom says it expects to see the highest demand peak at around 35 000 MW at the end of May.

“The estimate for the end of May, which is when we expect the highest peak, is in the order of 35 000MW. Last year we reached 35 000MW and we expect more or less the same this coming winter,” chief executive for transmission Segomoco Scheppers says. 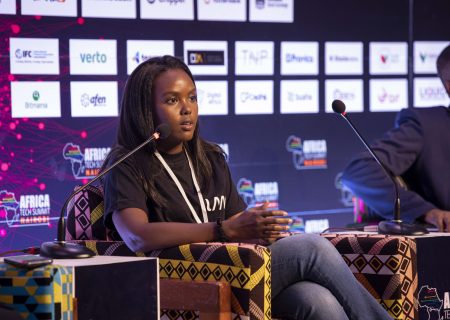