Political parties promise a better business environment after May in the face of stagnant growth and waning business confidence.
Tebogo Tshwane 12 Apr 2019  15:24 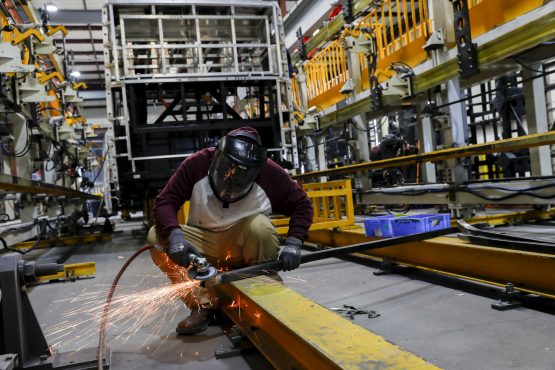 Land expropriation, load shedding and the independence of the SA Reserve Bank are a bone of contention between political parties and businesses in South Africa’s metals and engineering sector.

The African National Congress (ANC), Democratic Alliance  (DA) and the Inkhatha Freedom Party (IFP) presented plans on Friday on how they would ensure a conducive business environment post elections at an event facilitated by the Steel and Engineering Industry Federation of Southern Africa (Seifsa)

South Africa’s economic growth has remained steadily below the 2% mark for five consecutive years and this is not expected to improve in the near future. Gross domestic product growth for 2019 is projected by National Treasury, the South African Reserve Bank (Sarb) and the International Monetary Fund to grow between 1.2% and 1.5%.

While international factors have impacted on the country’s growth, South Africa’s resilience has been undercut by domestic issues such as political and policy uncertainty and the reappearance of load shedding as Eskom struggles with capacity constraints.

This has impacted the manufacturing sector in particular with data released by Stats SA on Thursday showing that production in the broader manufacturing sector barely grew,  increasing by 0.6% in February 2019 year-on-year, coming down from a 0.9% increase in January. Seifsa cites the difficult operating environment as reason for the poor performance.

Taking a swipe at the ruling party and President Cyril Ramaphosa’s “new dawn”, federal chairperson of the DA Athol Trollip told business that it had manifested in something like a “new yawn”.

“Economic growth is stimulated by policy certainty and coherence and that is something that is in short supply in South Africa and it’s why we do not have foreign direct investment that allows us to grow,” Trollip said.

As an example, Trollip said investors get “jittery” when, for instance, Ramaphosa went to the World Economic Forum in Davos and said the country was not going to nationalise the central bank only to tell parliament a few weeks later that it would be nationalised.

Mkhuleko Hlengwa, spokesperson of the IFP, said the biggest challenge yet is the “misguided” decision to amend the constitution to allow for the expropriation of land without compensation.

Hlengwa said there was no need to “tamper” with the constitution because section 25 already made provision for land reform.

Trollip said it would be worth noting that Zimbabwe had announced plans to pay white farmers whose land was expropriated and redistributed to black people two decades ago.

“There is no such thing as expropriation of land without compensation,” said Trollip.

Chairperson of the ANC’s subcommittee on economic transformation Enoch Godongwana responded to the “scarecrow” of the property clause, he said the ANC intends to expropriate land for redistribution for public purposes and not for ownership by the state.

“That is going to be done in a manner which will not undermine the productive capacity of this economy, food security and will not create systemic risk in any sector,” he said.

On the Sarb’s ownership, Gondongwana told Moneyweb that nationalisation was a ANC policy and it will be done in a way that does not undermine the fiscus.

He said  there was no “double messaging” on the policy and people fail to understand the distinction between monetary policy and nationalising the reserve bank.

All parties agreed that there needs to be a cooperative partnership between government, labour and business to strengthen the country’s economy.

Once legalised theft becomes incorporated into the country’s constitution investor confidence (and citizens’ faith) will be severely compromised, notwithstanding the assurances that “there will be no land grabs”. The latter assurance is clearly easy to promise once the “grab” of any property belonging to any citizen can be expropriated without compensation becomes legally sanctioned by the constitution. Those smiles and assuring words will only fool the “blind” who do not wish to see. So be it. The masses have spoken. Sure fire route to self-destruction in my humble opinion.

“The only thing new in the world is the history you do not know.” ― Harry S. Truman

I find it somewhat amusing when commentators use the term “policy uncertainty” when they refer to the ANC government. There are no uncertainties about the ANC policy. Everything is clear, simple, straight forward and utterly destructive. Their policies and actions are aligned with their mission statement- The Freedom Charter. The ANC implements all the typical, well known, tried and tested, and failed, socialist policies. All their actions are so boringly predictable.

The people who live in denial, and who refuse to admit that these destructive policies are in fact a certainty, talk about policy uncertainty. These policies also have a very predictable outcome. Not only do we have policy certainty, but we can also predict the future results of these policies with an extraordinary amount of certainty. It is only those who do not study history who feel we have an uncertain future. The longer we remain under ANC rule, the more certain the future becomes. The current trajectory is taking us straight to the implosion of the economy, the destruction of the tax base, the hyperinflation of the currency and the premature death of at least 20 million people.

Fully concur Sensei!! They are also rapidly running out of other peoples money !!!!

More of the same and more outflows of investment to follow.