Decision to award the contract was unreasonable and unlawful – Molefe.
By Liezel Hill and Renee Bonorchis, Bloomberg 1 Dec 2015  13:32 A bidding process to supply locomotives to the Passenger Rail Agency of South Africa included “irrational” specifications whose sole purpose was to rig the outcome, according to court papers filed by Popo Molefe, the current chairman of the state-owned rail operator.

Prasa, as the agency is known, is asking a Johannesburg court to review and cancel a R3.5 billion contract awarded to Swifambo Rail Leasing in March 2013 to supply the company with locomotives made by Vossloh Espana SA, according to a notice of motion dated November 27. Prasa’s decision to award the contract was unreasonable and unlawful, Molefe, who joined Prasa’s board on August 1, 2014, said in an affidavit in support of the agency’s application.

South Africa’s Public Protector Thuli Madonsela said in a report published in August that an investigation into Prasa covering the period from about 2008 to 2013, found the company had a culture of “systemic failure” to comply with its own supply-chain policy. Madonsela also concluded that former Chief Executive Officer Lucky Montana acted improperly regarding the awarding of service contracts and treatment of some employees.

Montana denied any wrongdoing at a press conference held in Johannesburg after he left the company in July 2015, according to local publications and broadcasters, including Independent Newspapers’ IOL and Naspers’s News24.com. Calls to Montana’s mobile phone number on Tuesday went straight to voicemail, which was full and not taking any messages. He didn’t immediately respond to text messages seeking comment.

The allegations regarding the Swifambo contract were discovered as part of a broader investigation into relationships and activities at the company, Molefe said in the filing. The first 20 locomotives ordered were so-called Afro 4000 models, which don’t comply with height requirements for South Africa’s rail network, making them unsafe to operate, he said in his affidavit.

The request for proposals included “irrelevant” specifications such as bore and stroke, the number of cylinders and engine speed, which were precise matches for Vossloh’s 3000 locomotives included in Swifambo’s bid, Molefe said. Even so, the rail agency ordered the company’s 4000 model when the contract was awarded.

“Material irregularities in Swifambo’s bid were overlooked and there are indications that the specification included in the request for proposals was tailored to suit the products that were supplied by Swifambo,” Molefe said in the court documents. “The inference that the tender was rigged to ensure its award to Swifambo is inescapable.”

Molefe asked in the affidavit that the issue be handled by the court rather than through arbitration. 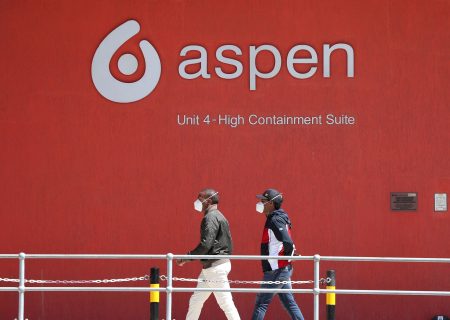