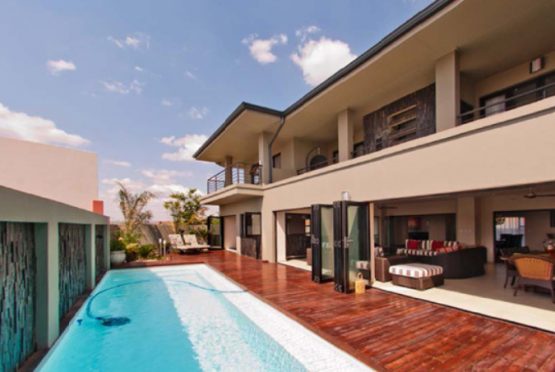 As mayor Solly Msimanga was preparing for the City of Tshwane council meeting to vote for the adoption of the City budget last week, the Supreme Court of Appeal (SCA) handed down a judgment that could wreak havoc with the City’s already vulnerable finances.

The re-categorisation resulted in a 4.5 times increase in the property rates tariff.

The events occurred under the previous, ANC-led Tshwane administration and were heavily criticised by the Democratic Alliance that was in opposition at the time.

The DA nevertheless proceeded with the appeal against the High Court judgment after it came into power in 2016. It stated in a press release in August last year: “It is essential that the Supreme Court of Appeal sheds light on the case, especially due to its potential financial implications and its sheer legal complexity.”

The financial implications could be huge, especially after the SCA expressly stated that not only the litigants before the court, but all owners of affected properties at the time should benefit from its ruling.

Many of the affected properties are high in value, situated in high-end residential estates in the east of Pretoria such as Silver Lakes and Mooikloof. The applicants before the court were all owners of vacant stands in Lombardy Estate and Health Spa.

The issue dates back to July 1, 2012, when the former municipalities of Kungwini, Nokeng tsa Taemane and Metweding were disestablished and incorporated into the City of Tshwane.

Kungwini levied the affected properties as “residential”, even though its rates policy provided for a separate category for vacant land. The City of Tshwane maintained this situation for a year or so after incorporation into the City of Tshwane, and the owners experienced only marginal increases in their property rate bills.

According to the judgment, that changed late in 2012 when two of the applicants, Emily and Nicolaas Bezuidenhout, as one example, saw the rates bill on their vacant property increase from about R843.43 per month to R6 014.

According to an earlier article about the High Court judgment by attorney Andrew Molver, who acted for the applicants: “Other owners went from paying a monthly amount of R491.16 to R4 009.33 as a result of the re-categorisation (a staggering increase of 716%).”

The increase was further back-dated to July 1, 2011, when the affected properties became part of the City of Tshwane.

This came as a total surprise to the owners, and the City of Tshwane failed to respond meaningfully to enquiries from them, and from Adams & Adams on their behalf, the SCA noted.

The case went to court and the High Court ruled in favour of the applicants in June last year on the basis that the City of Tshwane did not follow the provisions of the Local Government: Municipal Property Rates Act when it changed the categorisation of the affected properties. The City fell foul of the Act through its failure to properly notify the property owners of the change in category.

This judgment was essentially upheld by the SCA last week.

The SCA ruled that the affected owners are obliged to pay property rates for the period at the rate that would have applied to the properties if the categorisation remained unchanged.

This would be the case until the City of Tshwane lawfully changes the category, the SCA ruled.

The City of Tshwane in August last year stated that “This defect has since been corrected by subsequent valuation rolls”, but the SCA made no mention in its ruling of such correction.

Following the SCA judgment, Henri du Toit, chairman of Wecanwin, an initiative for owners of the affected vacant land formed earlier in response to the huge rates increases, on Friday called on members to submit the details of their municipal rates accounts.

He however cautioned members that, “given the detrimental consequences this judgment will have for the City’s finances, the City is likely to seek leave to appeal to the Constitutional Court.”

Tshwane member of the mayoral committee (MMC) for corporate affairs Cilliers Brink told Moneyweb the case is “one of a few legal and financial botches left to us by our ANC predecessors.”

“But we judged the additional conclusion of the High Court, that the 2013 General Valuation Roll was also defective, a bridge too far. It would have significant financial implications. And our decision to appeal, as explained at the time, was motivated by an obligation to all Tshwane ratepayers.”

He said the City is currently studying the SCA judgment, and will consult its attorneys on how to respond.

It is not a low blow. We paying 5 x the rate since the tranfer to Tshwane and absolute 0 is spent in the area. We are not Mooikloof or the hills. No tar roads no streetlights no maintenance absolute 0.

The reality is that it isn’t a rate but a charitable donation i.e. you don’t expect anything in return.

Not surprised, the same DA are also implementing expropriation without compensation through stealth here in JHB. If they had applied even 10 seconds thought to this situation , they’d have worked out that the middle classes cannot afford these exorbitant rates and if they persist, all that is going to happen is that the owners unable to pay and unable to sell, will have to abandon properties, leaving them available to those in power.

Said it before, the DA says all the right things while in opposition, but does not follow through on implementation one voted in. Just proves the old saying power corrupts and absolute power corrupts absolutely.