That followed the closure of a key trade route in the country’s eastern KwaZulu-Natal province after trucks were torched on Friday night. Parts of the N3 Toll Route, which links the port city of Durban with important business districts in the Gauteng province, have reopened, yet access to the M2 highway in Johannesburg is restricted in some areas after violence erupted in the city overnight.

The situation remains tense, Johannesburg Metropolitan Police Department spokesman Xolani Fihla said by phone. “At the moment we cannot confirm what sparked the violence but there is an expectation that it aligns with the free-Zuma protests.”

M2 closed off to traffic in both directions btw Benrose & Cleveland following continuous riots in the area with reports of shots being fired at passing vehicles. Traffic is diverted at Maritzburg St & Cleveland Rd. #JHBTraffic#JoburgRoadSafety@CityofJoburgZA

More than 60 people have been arrested and authorities worked to disperse hundreds of protesters as businesses across the two affected regions were hit by looting, police said in a statement on Sunday.

At least one death has been reported. “An investigation is underway to determine the circumstances surrounding the fatal shooting of a 40-year-old man who was certified dead at a local clinic,” police said.

The protests began last week as Zuma’s supporters called for his release after the ex-president turned himself in to authorities on July 7. Zuma was sentenced to 15 months in jail for defying a court order to testify at a graft inquiry. He denies any wrongdoing and is challenging the sentence, with a court hearing set for Monday.

President’s warning
President Cyril Ramaphosa condemned the violence in a televised address to the nation on Sunday, and warned that all those involved will be arrested and prosecuted.

“While there are those who may be hurt and angry at this moment, there can never be any justification for such violent, destructive and disruptive actions,” he said. “It is a matter of concern to all South Africans that some of these acts of violence are based on ethnic mobilisation.

The outbreak of violence is a response to an “unjust” system, Jacob Zuma Foundation spokesman Mzwanele Manyi told Johannesburg-based broadcaster eNCA in an interview on Saturday. “It is the result of a vicious sentence given to a 79-year-old man without giving him the right to a fair trial.”

Even as protests flared, police were deployed along major routes to help enforce rules around gatherings to contain the spread of the coronavirus.

“A warning is issued to those circulating inflammatory messages, inciting violence and lawlessness, that they refrain from doing so,” police said on Sunday. “The possibility of criminal charges being instituted against such persons cannot be ruled out.”

Various business lobby groups have made statements condemning the violence. “In addition to being lawless and endangering lives, these actions have a devastating impact on an already fragile economy and on investor confidence,” said Business Unity South Africa.

They describe is as a pro-Zuma protest, but in fact, it is an anti- rule of law protest. The instigators have vested interests in the underworld and their protests are simply another extortion attemt to strengthen their hand. This is Ramaphosa’s litmus test.

Agreed, this is not a protest. Extortion is closer to the truth. Here are some more definitions, you decide if anything fits…

Domestic terrorism: Violent, criminal acts committed by individuals and/or groups to further ideological goals stemming from domestic influences, such as those of a political, religious, social, racial, or environmental nature.

The Oxford Dictionary calls terrorism “the unlawful use of violence and intimidation, especially against civilians, in the pursuit of political aims.”

The calculated use of violence or threat of violence to inculcate fear. Terrorism is intended to coerce or intimidate governments or societies in the pursuit of goals that are generally political, religious, or ideological.

From: terrorism in The Oxford Essential Dictionary of the U.S. Military »

Rainbow nation on a shopping spree.

The “protests” are a mere excuse to loot and burn !!!
The police will arrest and the people out on bail Monday morning.

Violence, looting will be the order of the day.

These are just criminals and do what there leader taught them to do.

What is needed is.
1.) State of emergency.
2.) Deploy the army.
3.) Urgently apply for a UN peacekeeping force UNTAG.
4.) Government of National unity to be formed immediately.
5.) Get SADC to intervene. This political instability is bad for the region.
6.) Get help for countries with experience in handling these types of criminals. Like Mozambique, DRC, Zimbabwe, Angola. The list goes on.

The anc must be disbanded now.

This sends yet another message to the international investment community. S.A. is a dangerous place to invest in. FDI is constantly subject to theft, fraud, looting, arson, extortion, etc., and investors can expect to witness the murder of staff, the intimidation of management by unions, “business forums”, i.e. construction mafias, unfriendly labour legislation and high incidence of strikes, in addition to possible expropriation by the state, accompanied by extortion by Cape gangsters. Much safer to invest elsewhere.

This is pure crimilaity and sedition.

Use the strong arm of the law and lock them up.

Riots happen in every country, if you don’t believe me, use google.

Please could you supply an example in any of the countries you mention where a former president was jailed for contempt of the country’s highest court and his supporters tried to extort his release by looting and destroying property?

@Rob Handfield – Jones: It just sounds like you have an agenda and you are randomly just grabbing anything to fit your narrative. People riot for all sorts of reasons. Ex-presidents of other countries have gone to jail. These are just details of one dodgy person. Lets not condemn a whole country for the actions one ex-president.

@trader123: Ok, so when you don’t have a counterargument you resort to labelling and name calling, very mature.

We know this is a banana republic but do we have to be reminded on a daily basis.

Same type of riots happens in many other countries, capitol riot in Jan 2021 in USA, riots in the UK in 2011, etc.

I doubt riots in other countries come with the same level of frequency, destruction, and savagery. South African, given the opportunity that existed in 1994, is a modern-day tragedy. We should all hang our heads in shame but then again the ANC and others don’t do shame.

At long last the anc is delivering the country their voters were promised. A land where everything is free and criminals are protected by law.

A very sustainable way of living. Its called the socialist/tribal, ….. excellence way!!

Unfortunately the rest of the country has to pay. Lets see how long this can be sustained.

Interesting how this has not affected the Western Cape 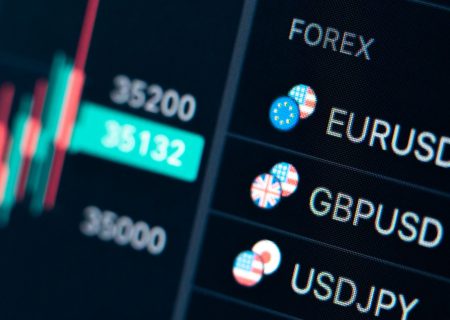