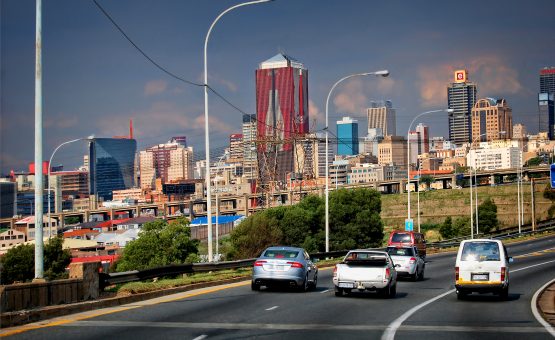 The South African Property Owners’ Association (Sapoa) is prepared to tackle the City of Joburg in court about its requirement that property owners pay property rates according to new valuations while objections or appeals against those valuations are pending.

Sapoa represents most large commercial and industrial property owners in South Africa. Its members own and manage property worth billions of rands in Johannesburg.

The organisation is taking this stand against the background of huge controversy about the new general valuation roll that saw all properties in Johannesburg being revalued. The role takes effect on July 1.

Moneyweb earlier reported that some owners saw their valuations multiply. They fear that paying according to the new valuation while waiting for objections or appeals to be finalised could bankrupt them.

Joburg mayor Herman Mashaba intervened and had 8 000 “problematic” valuations revised. He also increased the rebate on residential property rates from R200 000 to R350 000. This means that owners won’t pay rates on the first R350 000 of their property valuation.

Sapoa said in a press release that the City of Joburg failed to respond to a letter from it about the matter.

The association asked for assurance from the city that it will change its ways and follow the correct practices with regard to property rates. If the city does not respond to Sapoa’s satisfaction by the end of the month, it will go to court to ensure that the city acts lawfully, Sapoa says.

The association is concerned about three aspects of the city’s rates practices and set out the legal positions as it sees it. According to Sapoa:

Director of valuations at Rates Watch Ben Espach, says to the best of his knowledge Cape Town is the only municipality that does not insist on owners paying according to the new valuation while the objections or appeals are still pending.

“It is possible to arrange for an extension of payment with the City of Joburg, but it must be done monthly and they will allow it for three months only. It means that from October the ratepayer has no option but to pay the full amount that is levied.”

Sapoa also points out that the City of Cape Town’s interpretation of the applicable law differs from that of Joburg. Moneyweb has confirmed that Cape Town requires property owners disputing a new valuation to pay their rates according to the previous valuation, but at the new tariff, until their objections or appeals have been dealt with.

Espach advises ratepayers to never stop paying rates unless they are no longer the owner or the property no longer exists. “Keep on paying the old rates plus an increase or pay the rates based on the value suggested in the objection or appeal.”

Sapoa says that in terms of the Municipal Systems Act, municipalities are prohibited from terminating municipal services in relation to amounts under dispute. This, it argues, also applies to amounts based on disputed valuations.

The association further states that where there is a shortfall on rates payable by ratepayers on finalisation of objections or appeals, the city must recover the shortfall in terms of the Local Government: Municipal Property Rates Act (MRPA) “without adding interest”. “It is only when the municipality is required to refund surplus rates paid by the ratepayer that interest must be added.”

Sapoa says that in the past, the city “did not follow the correct practices and indications are that the city does not intend to do so with the current valuation process”.

The city has so far not given Sapoa any assurance that it will change its ways.

“Should the city transgress the MPRA, Sapoa intends approaching the courts,” the organisation states.

The City of Joburg did not respond to questions from Moneyweb prior to publishing.

It appears that the Municipality was acting like Robin Hood – taking from the rich to give to the poor! Unfortunately this no longer works in a Decoratic society. They need to find funding for stressed society elsewhere – hopefully the rise in VAT will assist the ANC government in allocating funding fairly to all Municipalities so this sort of practice is unnecessary.

Unofficial numbers are as follows for Johannesburg:

1. Latest budget R53b
2. Ammount lost due to corruption R17b
3. Allocation from Gauteng Province to the new administration reduced by R10b

Supporters of the new administration becoming alienated by lack of progress. Many opposition parties spend their time disrupting operations instead of looking after their constituents. Is there a school to train politicians to put the country ahead of their personal agendas?

This is the new frontline of confrontation in a Democratic society!
People are being taxed to death!