Proposed changes to the Competition Act ‘radical’ and ‘far-reaching’

Concerns about an increased wariness from clients to invest.
By Amanda Visser 6 Dec 2017  00:42 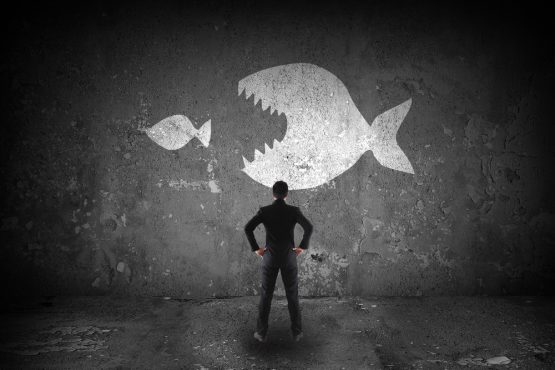 Businesses operating in highly-concentrated sectors, especially those identified by the competition authorities, should now prepare to be under a more intense spotlight. Picture: Shutterstock

The recently-published Competition Amendment Bill holds far-reaching implications for South African businesses, given the expanded powers proposed to enable the competition authorities to intervene in markets and commercial transactions.

Competition law experts have expressed real concerns about the proposed changes, which will radically alter the way prohibited practices are investigated and prosecuted and mergers are decided by the Competition Commission and Competition Tribunal.

The remedies against anti-competitive conduct and the powers to intervene in perceived structural problems in markets have been expanded drastically.

The firm says in a legal update that the burden will now be placed on the dominant firm to show that the price it charges is reasonable after a prima facie case against it has been established by the commission.

Paul Coetser, head of the competition practise at Werksmans Attorneys, says in respect of all exclusionary practices the onus of proof has been shifted from the competition authorities to show that a dominant company has contravened the act to the company who must demonstrate that its conduct is justifiable.

In addition, it will become easier for the commission to prove predatory conduct by a dominant firm, as new cost standards are being introduced below which a firm is not entitled to charge customers.

“A dominant firm would, in future, also not be able to purchase supplies at an unreasonably low price or differentiated prices.”

Market inquiries were introduced into the legislation some time back to allow for a general investigation into the state, nature and form of competition in a market, rather than a narrow investigation of a specific conduct by any particular firm.

The proposed new changes to the provisions will ensure that the outcomes of market inquiries include measures to address concentration and the transformation of ownership.

Wagener says under the current market inquiry provisions, the commission can only make recommendations to address the identified concerns or to refer complaints to the Competition Tribunal.

However, with the proposed changes the recommendations will be binding if they are not challenged before the tribunal.

“The proposed amendments allow the tribunal to use any of the other remedies currently permitted under the act to address the findings of the commission following a market inquiry, including using any of the remedies that target prohibited practices or abuses of dominance.”

The draft bill proposes the use of “forced divestiture” as a remedy following a market inquiry. Coetser says the commission has in effect been given the power “to move parts of the economy around like pieces on a chess board”.

“This is potentially a radical intervention. How extensively the commission will use this power, remains to be seen. However, the power to order divestiture could raise constitutional issues as a company’s property rights could be directly affected.”

Lizel Blignaut, executive at Edward Nathan Sonnenbergs, says government has made it clear that it considers competition legislation as a tool to achieve its economic policy.

She does express concerns about an increased wariness from clients to invest. If the competitive process is making it difficult to exit, people will think twice about investing.

Norton Rose Fulbright says the safeguard is that the divestiture remedy can only be imposed by the tribunal. In addition, there is the right of appeal to the Competition Appeal Court.

Law firm Baker McKenzie says the amendments are “extensive and far reaching”. Businesses operating in highly-concentrated sectors, especially those identified by the competition authorities, should now prepare to be under a more intense spotlight.

In terms of merger control it is now an established principle that competition and public interest tests are equal in status. The draft bill places more weight on ownership, control and support of small businesses and firms owned or controlled by previously disadvantaged people through the public interest provisions when deciding on mergers.

Coetser expresses the hope that additional time will be allowed for comprehensive analysis and public comment on the draft bill.

The proposed amendments add to the complexities of competition law, and will have a far-reaching impact on businesses and the future processes of the commission.

Stakeholders have until the end of January to study and comment on the draft. The polyphagous shot hole borer was first detected in South Africa in 2012.