Local producer creates 50 new jobs, with expectations that an additional 150 staff will be required as it ramps up production of its Coco Bongo bar over the next two years.
By Nondumiso Lehutso 25 Apr 2022  00:03 One of South Africa’s largest sweet and candy manufacturers, Richester Foods, has invested R20 million in new chocolate manufacturing facilities at its factory in Centurion in Gauteng.

The owner-managed private company that started in 2005 already produces an extensive range of confectionery – including chewy and hard-boiled sweets, toffees, eclairs, lollipops, bubblegum, chewing gum, ball gum, marshmallows and sherbet – and describes itself as having become “one of the most important players in the sweet market in Africa”.

It launched a locally produced chocolate called Coco Bongo, costing just R2.50 per 21g bar (the same weight as a Chomp or Bar One Mini), in January – and has already sold over half a million bars. 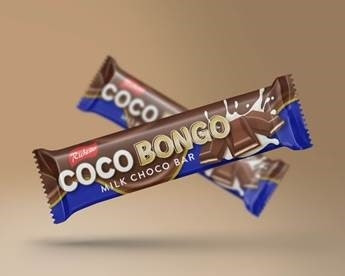 The Coco Bongo bar is made of milk chocolate and has a creamy centre. Image: Supplied

The company aims to expand its production capacity to 20 million Coco Bongo bars per month over the next two years.

This is expected to see the factory employ an additional 150 staff to its current team.

Read:
The world is devouring chocolate again, cocoa markets show
Chocolate’s about to get more expensive

“We’ve reverse-engineered the price tag to ensure that our clients are able to make up to 100% profit, while simultaneously selling Coco Bongo at a highly affordable price for consumers,” he says.

“Rather than asking consumers to save for days or weeks for luxury chocolates, we want Coco Bongo to be part of consumer’s daily lives.”

He says the chocolate bar, which features milk chocolate and a creamy centre, is the result of research and international consultations with “chocolate masters” from Switzerland.

The bars are made from cocoa primarily bought from farmers in Africa while other ingredients are locally sourced.

“This is a point of pride for Richester Foods,” says Cassim.

“As a proudly South African company, we want to play a meaningful role in job creation, and we don’t want to depend on other countries to supply our product ingredients.”

The manufacturer now employs an additional 50 full-time staff in its new chocolate division, which features in-house chillers and cold storage facilities as well as laboratories for product testing.

“There is stiff competition from entrenched brands, but we have the advantage in terms of understanding local tastes and palates, which we’ve incorporated into Coco Bongo,” says Cassim.

“Going forward, we also hope to capitalise on market opportunities in neighbouring countries to grow our footprint and market share.”

“Ultimately, we believe that the chocolate market offers enormous growth potential, with significant potential for unlocking business and employment opportunities throughout value chains,” he adds.