May have been fraudulently paid to improper beneficiaries.
By Mfuneko Toyana, Reuters 2 Sep 2020  13:48 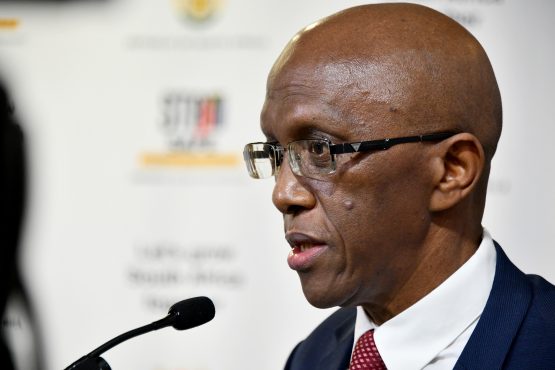 South Africa’s auditor general said on Wednesday that some of the money in its R500 billion ($30 billion) Covid-19 relief package may have been fraudulently paid to improper beneficiaries.

Reports of suspect deals between government officials and businesses providing medical equipment or food aid parcels to the poor, as well as mismanagement of the disaster fund, have sparked public outrage.

In August, the Special Investigating Unit (SIU) told lawmakers it was combing government departments for possible corruption over irregularities in coronavirus-related tenders worth R5 billion.

In a televised briefing, Auditor-General Kimi Makwetu said an analysis of around R145 billion of expenditure meant for relief programs like unemployment and poverty grants “identified indicators of a higher risk of fraud and abuse of funds.

National newspaper BusinessDay, citing confidential sources, reported on Wednesday the commissioner of the Unemployment Insurance Fund, responsible for paying out unemployment claims, had been suspended as a result of Makwetu’s report.

Reuters was unable to immediately reach the labour ministry for comment and confirmation. The labour minister was due to address the media at 1200 GMT.

South Africa’s unemployment rate, at over 30% of the workforce, is among the highest in the world and has been repeatedly cited by ratings agencies as a potential source of social and economic instability.

Regarding government departments’ purchases of personal protective equipment against the Covid-19 outbreak, Makwetu’s report found that “items were priced at more than double, or even five times, the prescribed price”.

The government has been buffeted in recent weeks by reports of graft during the coronavirus crisis, putting President Cyril Ramaphosa under pressure as he has pledged to clean up his African National Congress party’s reputation after a decade of scandals under his predecessor, Jacob Zuma.

Where are the handcuffs for these people?

Can’t keep their hands away from the cookie jar.

When you leave a cut of steak outside unattended it attracts blowflies and maggots even before the dog gets to it.

You’re implying the Auditor General is another unproductive, fat-cat, government official who is a drain on the tax payer. How totally uninformed you are; the calibre of all SAs AGs has been beyond reproach up to now unlike what we’ve seen among chartered accountants doing the same job at numerous private auditing firms like KPMG, DeLoitte, and others.
In addition, what is the issue with this official who does his job professionally and with integrity earning a salary that is perfectly justified? Many private sector auditors earn much more without the required integrity that these positions demand. So, the specs are great and suit him well!

There will be a COVID Commission down the road.

Before that, plenty of feigned outrage and multiple investigative task forces to get to the bottom of the fraud…

But never an arrest of anyone relevant.

Why are anybody surprised? That’s all cANCer can do!