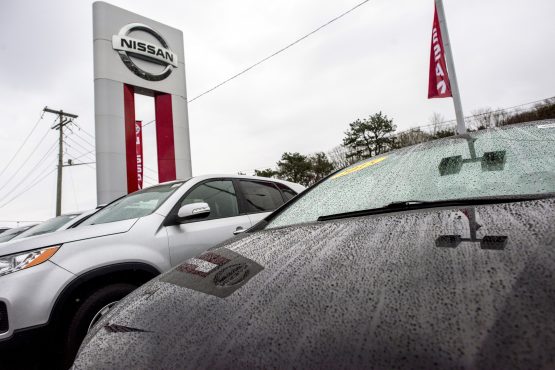 ‘We consider having great black-owned companies supplying our manufacturing operations as the best return on investment we could ask for’ – BMW’s Tim Abbott. Image: Johnny Milano, Bloomberg

The fund is designed to support black participation in the automotive industry supply chain.

It means the participating OEMs – BMW, Ford, Isuzu, Nissan, Toyota, Mercedes-Benz and Volkswagen – will, for the first time, be able to meaningfully participate and comply with all five elements of the broad-based black economic empowerment (B-BBEE) generic scorecard, specifically the ownership element.

Michael Mabasa, CEO of the National Association of Automobile Manufacturers of South Africa (Naamsa), said the launch of the fund marks the beginning of a major sector-wide initiative to meaningfully transform the automotive industry by broadening and deepening the participation of black and historically disadvantaged entrepreneurs to participate in the sustainable growth and development of the industry.

In support of the objectives of the South African Automotive Masterplan, the fund’s mission will be to accelerate the empowerment of black South Africans within the auto sector; upskilling of black employees and prospective auto entrepreneurs; expansion of black-owned dealerships and authorised repair facilities and workshops; substantially increase the contribution of black-owned automotive component manufacturers within the automotive supply chain; and create meaningful and sustainable employment opportunities for young and female black South Africans.

The unique feature of the fund is that it is powered, supported and funded by the seven OEMs that will directly use the services of black-owned businesses to grow and deepen transformation across the entire auto value chain.

The launch of the fund follows South Africa’s automotive industry appearing in recent years to be on a collision course with the government over compliance with the new B-BBEE codes.

The pressure on vehicle OEMs over empowerment intensified in 2017 when former trade and industry minister Rob Davies confirmed these global multinational companies were required to achieve a Level 4 B-BBEE grading if they wanted to draw on the benefits of the Automotive Production and Development Programme.

This led to some industry executives warning that South Africa could say goodbye to its automotive industry if the government insisted on enforcing the revised B-BBEE codes on locally-based multinational vehicle manufacturers.

South Africa’s vehicle manufacturers first indicated that they would create a transformation fund at a media briefing in June 2017, following engagements between industry executives and the ANC ahead of the party’s policy conference that year.

Extensive consultations and discussions with the Department of Trade and Industry (DTI) followed, resulting in an agreement on provision for the recognition of contributions in lieu of a direct sale of equity through equity equivalent contributions.

Naamsa president Andrew Kirby announced at a Festival of Motoring conference in August that an automotive industry transformation fund in excess of R4 billion would be established before the end of this year.

Mabasa said the fund is not “a nice to have” but a business imperative that makes sense to the success and sustainability of the industry.

“We need to systematically and unashamedly address barriers to entry which remain very high in the motor industry for many new and aspiring entrants,” he said.

Speaking on behalf of the seven OEM CEOs, BMW Group SA and sub-Saharan Africa chief executive and Naamsa vice-president Tim Abbott said he is delighted the fund has been launched.

“The Automotive Transformation Fund is pioneering, and I think a perfect blueprint for other industries to consider.

“This is an industry-wide initiative, bringing together suppliers and OEMs to collaborate for common good.

“It is my belief that real meaningful growth in our industry must by its nature be transformative. Opportunities exist for new entrants, private capital and other government initiatives to tie in with the fund,” he said.

Abbott gave the assurance the capital investments made by the OEMs to the fund will not revert to the OEMs but be used to sustain the fund and its operations after its formation.

“We consider having great black-owned companies supplying our manufacturing operations as the best return on investment we could ever ask for,” he added.

Azar Jammine, chief economist at Econometrix, said it is certainly good news that the spat between the DTI and the motor industry has been resolved in this way because the motor industry is heavily dependent on continued investment by these multinational companies.

Jammine said it would have been problematical had the relationship between the DTI and the motor industry broken down.

He suggested the area where this initiative will make the most difference is in terms of motor industry employers being seen to be assisting the workforce.

“This might just diffuse some of the labour tensions that exist within the motor industry,” he said. “If you have more equity participation in the industry by blacks, hopefully, they will also be in a better position to quell industrial action than is currently the case.”

So the Motor Industry strong-arms the DTI to create a “fund” where they will now draw their BEE points from?… no specifics detailed? The BEE Commissioner is completely against the setup and has prevented other industry’s from doing the same. Will be interesting to see which agency audits the fund to be in compliance with the amended BEE codes

It sounds like a good move and one hopes that it’s not yet another jobsworth BEE project but that actual productive and profitable businesses will be created or expanded.

So we can expect car prices to increase soon to cover the eventual costs of this new transformation.

And this will come at what cost to current suppliers and their workers?