…racism, here and around the world, is driven by feelings of superiority on the part of those who perpetuate it.
By From the Desk of the President 23 May 2022  11:15 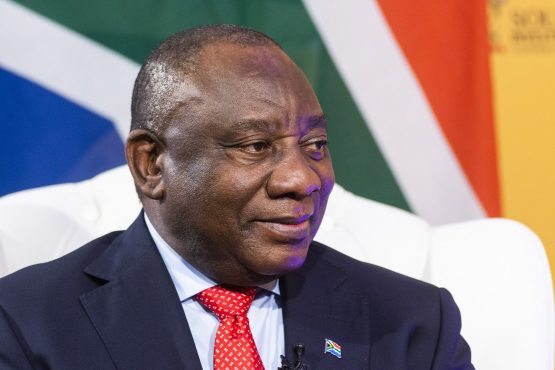 The country has, in recent days, been outraged at the sight of a white student at the University of Stellenbosch degrading and humiliating a fellow black student in a despicable act.

There has been widespread anger that such acts still take place in a country with a bitter past like ours; a past which we have fought so hard to overcome.

It is more troubling that such incidents are happening at schools and places of higher learning. A number of the people involved were born after the end of apartheid.

While the incident at the University of Stellenbosch may seem like an aberration – an appalling act that has been roundly condemned – the truth is that racism is still a feature of every-day life in South Africa. The sooner we recognise that reality, the sooner we can change it.

We know that racism, here and around the world, is driven by feelings of superiority on the part of those who perpetuate it. And although racism can be directed against anyone, it is black people who bear the brunt, both in the past and in the present. As the ‘Black Lives Matter’ movement has so strongly asserted, we need to systematically dismantle and eradicate attitudes of white superiority.

It is encouraging and exhilarating to see young South Africans taking the lead in this effort. The thousands of students who have joined protests at Stellenbosch and elsewhere were not responding to just one incident.

They were responding to a deep and pervasive problem in our society, which they themselves have to confront daily.

As Kwenzokuhle Khumalo, a 4th year Management Sciences student and leader, told students on the Stellenbosch campus this week: “You’ve met the wrong generation this time.”

Like the youth of 1976, a new generation of young South Africans is stepping forward to proclaim their birthright and reclaim their future. They are challenging society to grapple with racism, its causes and its effects. As Ms Khumalo rightly said, it is not black people who are the problem and need attention, but those people who still hold on to ideas of white superiority.

It cannot be that the onus must rest with the formerly oppressed as the main victims of racism to advance reconciliation.

It cannot be that black South Africans have to continue to prove themselves worthy of dignity and respect.

In a 2016 judgment on a case involving an employee of the South African Revenue Service who was fired for using the k-word at work, Chief Justice Mogoeng Mogoeng wrote: “There are many bridges yet to be crossed in our journey from crude and legalised racism to a new order where social cohesion, equality and the effortless observance of the right to dignity is a practical reality.”

We need frank and honest dialogue between people of different races on the experiences of black people in South Africa 28 years into democracy.

These discussions should be part of the life orientation curriculum in our schools. The arts and culture community should produce content and programming that fully reflects the diversity of the country and the lived experiences of people of all races.

Greater emphasis should be placed on inculcating tolerance and respect for diversity in the classroom from a young age. Parents should be part of this effort because the reality is that racist, chauvinistic and sexist attitudes among the younger generation are often a reflection of what they observe and learn from their parents and older relatives at home.

As many student leaders who took part in protests over the past week said, when it comes to transformation the time for half-measures is over.

This doesn’t only apply to overt racism in schools, workplaces and places of higher learning, but to all of society. Just as racists must be held accountable for their actions, all sectors of society, including business, must advance transformation.

The rights to equality and human dignity are the cornerstones of our Constitution and building a non-racial and non-sexist society is our shared fundamental responsibility.

In complying with employment equity legislation, in advancing broad-based black economic empowerment, in taking practical steps towards redress and undoing the legacy of our discriminatory past, we are not just obeying the law.

We are redressing a grave injustice and building a new country in which race, class and gender no longer determine the circumstances of one’s birth or one’s prospects in life.

Ending racism is not just about changing attitudes; it is also about changing the material conditions that still today separate black and white South Africans.

We have come too far and the sacrifices made have been too great for such appalling acts of racism to turn us against each other. Rather, we must use this incident to confront the issue of race and racial inequality in our society.

It is our wish and expectation that the student population and the broader Stellenbosch university community, both black and white, find each other and rally together to confront racism honestly with courage and truthfulness. They must roundly reject what has happened and express their determination to achieve a learning environment free of bigotry, racism and chauvinism and embrace a non-racial future for Stellenbosch University. By so doing they will set the standard for us all.

The wonderful world our President lives in.

His Government actively exclude people and firms based on the colour of their skin from doing business with it. Called BEE.

27 years and it still remains the only country in the world where the majority have to be protected from the vast minority — Mainly due to their incompetence 1!!!

It is because that part of society who constantly see themselves as victims of some form of insult actually voluntarily identifies with that statement!

We live in a society that is so immature, uncertain about their own identity, and easily offended, that they identify with whatever another ignorant individual does or says, and see everything as an insult. This is part of the victim, or slave mentality. If you don’t know who you are, you will identify with any description.

If du Toit had been black would their have been such an uproar?