Ramaphosa chips in to fund his cash-strapped party 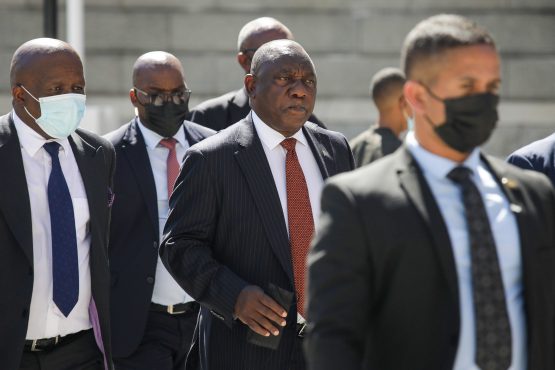 South African President Cyril Ramaphosa and a company founded by his billionaire brother-in-law Patrice Motsepe stepped in to help shore up the ruling party’s shaky finances.

The African National Congress (ANC) received R22.6 million in donations in August and September, with its leader Ramaphosa giving R366 000 and African Rainbow Minerals – which Motsepe chairs – R5.85 million, funding disclosures released by the Electoral Commission of South Africa on Thursday show. The party’s biggest endowment – R15 million – came from its investment arm Chancellor House Trust, which has been clouded in controversy since it emerged that it benefited from contracts issued by the state power utility.

The ANC has been strapped for cash for months, leaving it unable to pay its staff, some of whom went on strike.

The funding squeeze also constrained the party from campaigning ahead of this month’s municipal elections, which saw its share of the vote drop below 50% for the first time since winning the nation’s first multiracial elections in 1994.

The main opposition Democratic Alliance secured R16.9 million in donations between July and September, including R15 million from Martin Moshal, a founder of Entree Capital, and R1 million from media company Naspers, the IEC said.

At this stage of our democracy, it is clear that the ANC is an instrument of extortion and plunder in the hands of a select group of the privileged elite and their business interests.

The powerhouse of extortion, Chancellor House, through its corrupt dealings with Hitachi at Medupi and Kusile, uses the electricity grid as tentacles that reach into every household and business in the country to extract the lifeblood of the economy, as well as the purchasing power of citizens, to sustain and nurture the parasitic ANC monster. This parasite steals the food from our tables through the electricity grid.

These parties who used the funds in their kitty to finance the ANC were merely intermediaries between the ultimate source, the members of the public, and the beneficiaries, the employees who work for a criminal organization.