Africa needs more than the $33 billion that has been earmarked for the continent to support economies ravaged by the coronavirus, Ramaphosa said.
By Khuleko Siwele, Bloomberg 21 Jun 2021  14:58 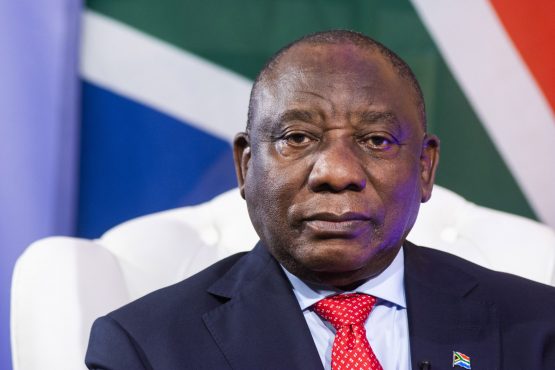 Africa needs more than the $33 billion that has been earmarked for the continent to support economies ravaged by the coronavirus, Ramaphosa said in an interview at the Qatar Economic Forum on Monday.

“We need more because our economies are going to need a lot of support and it is only fair,” he said. “The continent has been growing by leaps and bounds and should receive that type of support because all of us must get out of this economic slump that has been brought on to us by Covid-19.”

The IMF is preparing to give its member countries the biggest resource injection in its history — $650 billion — to boost global liquidity and help emerging and low-income nations deal with mounting debt and Covid-19. French President Emmanuel Macron has urged other rich countries to follow its example and commit to reallocating some of their so-called IMF special drawing rights to help boost’s Africa’s share.

IMF Managing Director Kristalina Georgieva expects the fund’s board of governors to vote on the proposed new SDRs by mid-August.

Sub-Saharan Africa’s gross domestic product shrank 2.4% in 2020 and will likely only grow 2.8% this year, compared to a 7.7% expansion forecast in Asia and 3.9% in Europe, according to the World Bank. The United Nations Economic Commission estimates that Africa’s recovery from the pandemic will cost $400 billion. 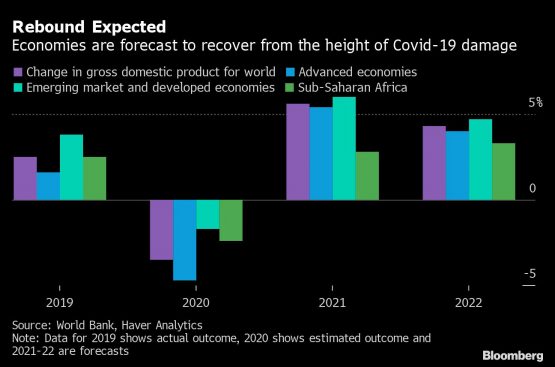 In addition to an increased share of SDRs, African nations also need debts to be canceled and additional support to be provided to those nations facing payment delays, Ramaphosa said.

“Without that support, Africa will forever be left behind,” he said. “We can get up and get going with our own boot straps, but we do need that lift and developed economies have a duty.”

The availability of additional funds would help accelerate Covid-19 vaccination programs in Africa, where countries have lacked the financial or organisational ability to negotiate their own supply deals with pharmaceutical companies. The slow roll-out has been exacerbated by institutions and countries that oppose patent waivers that would allow for more decentralized manufacturing of vaccines, Ramaphosa said.

“We see their refusal to waive this intellectual property provision that they have as part of vaccine nationalism and we just don’t understand the sense of it all,” he said. “There should be a waiver for a three-year period to enable countries that have the capability to be able to produce the vaccines.”

While countries like the US and the UK have fully inoculated about 45% of their populations and the European Union about a quarter, only 2.8% of Africa’s 1.1 billion inhabitants have been vaccinated, according to the World Health Organisation.

“The continued refusal leads to inequity on vaccines,” Ramaphosa said. “We are facing an emergency that has affected the entire world and it is totally unfair and wholly unjust that pharmaceutical companies as well as certain countries are refusing to allow this provision to be waived so that there can be mass production of these vaccines so that we can save lives.”

I guess the trough is empty now hey Squirrel?

There we go – perpetual bonds, liquidation of national gold reserves and increased use of SDR’s – I KNEW this pandemic had to be good for something…

He has to “demand” money so they have something to steal and waste on SAA.

What authorizes him to demand anything from foreign powers? He does not have the moral authority to ask or even to beg, let alone make demands. He makes demands while he is the leader of the most corrupt government on earth that steals from the poor and who plunders covid patients. His political party is nothing but a disgrace to this country and the world knows it.

Deaths are off the chart…government says

But conveniently no mention of age group prominent in covid deaths

No mention of those with underlying medic conditions succumbing to covid19

Developed economies have a duty?
African nations need to have their debs cancelled?

Give Give Give. Beg Beg Beg.

More debt is always good. Pile it on like there is no tomorrow.