Husband of Khusela Diko tied to irregularities regarding the purchasing of PPE.
Paul Vecchiatto and Antony Sguazzin, Bloomberg 28 Jul 2020  06:19 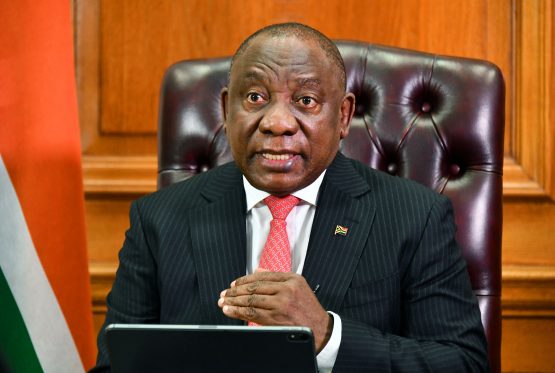 Four days after President Cyril Ramaphosa announced a crackdown on fraud related to the country’s coronavirus response, his spokeswoman took a leave of absence after allegations were levelled against her husband.

Newspaper reports tied the husband of Khusela Diko to irregularities regarding the purchase of personal protective equipment by Gauteng Province’s Department of Health.

Diko is taking leave from all official roles in the government “pending investigations on recent allegations involving her and her husband in tender irregularities,” the presidency said in an emailed statement.

Diko’s husband is the sole director of Royal Bhaca Project, the company tied to the contracts, according to a search of company records by Bloomberg. Diko didn’t reply to a text message sent to her mobile phone.

Ramaphosa last week in a speech spoke at length about the need to crack down on corruption linked to the government’s coronavirus response, and has ordered a probe into the misuse of public funds. Nine government agencies, including the National Prosecuting Authority, police and national tax agency, are investigating allegations of wrongdoing.

Finance Minister Tito Mboweni on Sunday said on Twitter that people connected to fraud related to equipment procurement would be dealt with “decisively.”

The wrongs being done by unscrupulous thieves must be dealt with decisively. It is time that leadership led without fear, favour or prejudice. Watch the space.

South Africa has the largest number of confirmed infections in Africa, with 445 433 cases and 6 769 deaths as of Sunday.

So, accountability does not lie with the collective any more? This is a refreshing break from the communalist mindset that smothers the economy.

Don’t be so happy, she will pop up, unscathed, somewhere else soon (perhaps as an MP) … and life goes on as normal.

This how the “collective” works. They have refined it a touch. There is always a fall guy/gal who removes the spotlight.

In this case she was happy to be it, the investigation will take years and she and hubby will slink off into the sunset R100 million plus in the black. Seen this before, Schaik to Durban Country Club and Zuma a little heavier in the wallet.

Does this now mean that every politically connected individual is going to be investigated on whether family or friends have benefitted from his/her connections? If so, I suspect that the majority of civil servants will be suspended on full pay in the coming days.

Lebanon has just been downgraded by Moody’s to the same level as Venezuela. Main reasons cited – failure to deal with corruption and failure to restructure the power industry.

Does this ring a bell?

The way I see it, and it is a vision that I regret, is that the average voter in Lebanon, Zimbabwe and Venezuela are better educated than the average South African voter. That means there is no way our economy can be as strong as theirs.

If the state of the economy eventually reflects the mindset of the average voter, then our credit rating will tend to be worse than that of Venezuela. That is not a nice picture.

So even when she gets fired. It’s a small price to pay for getting a jackpot of a tender.

Hell of a retrenchment payment – – – with nil accountability???

Going to be interesting – the lady who probably knows more than others about CR’s dirty laundry, may or may not be charged. CR must decide!!!!

Well spotted, Bloemberg are just being careful, as I heard on the ANCSABC nogal that the Gauteng Health MEC was being “investigated” for having fiddled the tender award. Read; ignoring all the onerous Treasury limitations on civil servants, or their relatives, doing business with the state.

Normal ANC “Punishment” :: At Home on Full pay not doing her job :
After 4 years on full pay the case will fade away and she will be promoted : An excellent way to pocket a few hundred Million !!

The Nats worked in millions here or there, this lot hundreds of millions closer to the billion mark.

This PPE supplying king is paid R1.2m per year by taxpayers just to be king.

This amused me so I googled.

We have 14 kings and queens and a host of other traditional leaders costing us the better part of R500,000,000 per year depending what costs you add besides their royal salaries. At R50,000 for a converted container toilet including french drain our royalty and superstitions would equip 5,000 schools per year with flushing toilets for boys and girls.

Government thieves just gets away with everything, every time.

Last I checked, fraud is a criminal offence.
Dare I ask if we will see her being prosecuted?

Rumour has it that CR’s response to NKZ was: ‘I’m shocked. This requires a concomitant response.’

He must have been shocked.

But will he be shocked into action? That still remains to be seen.

This is beyond funny, between this “king” and the Abathenbu king, recently released from the East London prison after 4 years of a 12 year sentence for arson, stock theft, assault and attempted muder, I not sure which is the baddy.

The jail bird, was recently given a new BMW plus allowance, Cell phone and a salary of R1.2 million a year.

Not sure whether to laugh or cry.

Imagine how deep this corruption is running.

The President, Cyril Ramaphosa, is NOT in control…. thats for sure!!!

CR Is in control??
Surely he Knows. He also claimed he had no knowledge of the CR17 funds.
Maybe CR should look at coal contracts at ESKOM and fuel contracts at SAA.
Maybe not, he is a significant shareholder in Shanduka, Seriti a funder of CR17?