President employs dream team to hunt the globe for investment to boost economy.
By Amogelang Mbatha and Mike Cohen 16 Apr 2018  19:59 President Ramaphosa has appointed Trudi Makhay, Lungisa Fuzile, Mcebisi Jonas and Jacko Maree to scout out foreign investment for SA. Picture: Simon Dawson/Bloomberg
President Cyril Ramaphosa is spearheading a drive to attract R1.2 trillion ($100 billion) in new investment as he seeks to kick-start an economy that looks to be on the rebound following years of stagnation.

The push Ramaphosa announced Monday is the latest sign that he intends following through on pledges to create jobs and address years of economic mismanagement since he replaced Jacob Zuma as the leader of Africa’s most industrialized economy two months ago. His administration has already replaced the boards of a number of state companies beset by governance and financial woes.

“The reason for putting together a top team like this is to enable us to go out like a pack of hunting lions,” Ramaphosa told reporters in Johannesburg. “We are unleashing this pack of lions to go and hunt down those investments for us.”

Total fixed investment in South Africa declined to about 19% of gross domestic product last year, from 24% in 2008, with foreign direct investment dropping to R17.6 billion ($1.47 billion) from R76 billion over the period, government data shows.

The World Bank said last week that it sees South Africa’s economy growing 1.4% this year, up from 1.1% estimated in January. The country could more than halve its number of poor people to 4 million by 2030 if it tackles corruption, gets free higher education right and reduces policy uncertainty in its mining industry, the Washington-based lender said in a report.

“South Africa is an investment destination with significant unrealized potential,” Ramaphosa said. “Economic conditions in our country are changing. We are encouraged by the growth in business confidence over the last few months, the strengthened rand and improved growth estimates.”

I hope they have success, but the government is not exactly creating an environment in which the economy can grow and attract investments in a natural way. The business environment is over regulated and the cost of compliance is a lot. And then there’s the risk of just loosing everything in the name of expropriation without compensation.

..and being stomped underfoot by the anc’ s plan to install a brutal Marxist ideology!

If the state created a positive environment for investors nobody would need to beg for investments. The money will flood into the country. The very fact that Luhtuli House has to send high-profile envoys to beg for money proves that we have a catastrophic economic policy. If you want investments you need to scrap BEE legislation that gives some the right to steal, and enforce the protection of property rights. A socialist begging for investments, now that is a contradiction for you. The ANC is a political party suffering from a bipolar personality disorder, with various economic policies wrapped into one party. They vote for Cyril Ramaphosa while they prefer Malema. If you had money to trow around, would you trow it in the direction of Luthui House?

I sure would love to hear the pitch on this one. “Invest with us! Our state owned enterprises are all on the brink of collapse. Our government is essentially broke, and rated junk. And we have some of the most unemployable youth in the world thanks to our disastrous education policies. But we can at-least promise you one thing… We will never do something as crazy as seize private property by force without any fair compensation. Well, at-least not until August…”

Is BEE in or out?

But where are the the South African capitalists? Either running away and/or investing overseas.

The ANC government wants nothing from white South Africans ( and off course vice versa). Listening to speeches at Winnie’s funeral the hatred towards whites are obvious and frightening. They have no future because they live in the past.

Great initiative. lets stop complaining all the time and find ways to assist this programme. Ramaphosa can not do this on his own.

I agree with your sentiments but the one cannot disregard the very valid points made by other commentators. If investors do not believe that property rights will be respected, nobody will invest.

The concept that you cannot with the one hand take away property that somebody has invested in for 300 years and with the other hand beg for more investment into your country needs to sink in.

CR just like Zuma and Mbeki before him is making himself guilty of trying to tell people what they want to hear. When speaking to investors they espouse free market principles and when speaking to their own constituency they fall back on populist red herrings like land expropriation and radical economic transformation.

If this does not change we can be as positive as we want, investment will not be forthcoming.

Only Maree worth anything with Trev a distant 2nd. The rest lightweights.

Real sad that this will be an almighty flop.

Good luck to them. A very hard task ahead. If investors are to come in the anarchy in our streets, the land invasions, the constant anti white rhetoric, the recognition of property rights and bee must be tackled. No investor, probably white, will risk his money in a country which cannot even control its traffic laws. The Chinese and Indians will take their pound of flesh ruthlessly. Possibly Venezuela style where the Chinese loans are being paid in oil,

Overseas investors will be thinking: How clever can CR and the ANC be when they

have learned nothing form the Zimbabwe land reform disaster.

South Africa is a toxic environment for business. CR lost his opportunity to give a “burning deck” speech and immediately began playing to the idiots in the gallery, so I fear he’s lost the opportunity to buy himself some time to do unpopular things. Funds need to consider whether an income structured benefit still meets the intention and expectations in terms of incapacity procedure. 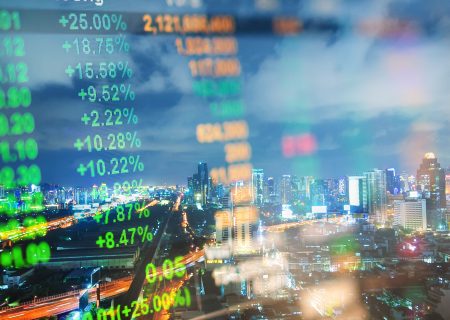