As the pandemic and subsequent lockdown batters the economy.
By Felix Njini and Prinesha Naidoo, Bloomberg  22 Jun 2020  09:27 South African President Cyril Ramaphosa warned of widening job losses as the effects of a shutdown to curb the spread of the coronavirus batters the economy.

Companies in the aviation, construction, entertainment and hospitality sectors have indicated plans to cut jobs because of heavy losses experienced in the past three months, Ramaphosa said Monday in his weekly newsletter. Small companies are being hard hit and some businesses are closing down permanently, he said.

South Africa’s unemployment rate for the first quarter, due Tuesday, is forecast to rise to 29.7%, according to a Bloomberg survey of economists. That would be the highest level in the statistics agency’s current data series dating back to 2008. Telkom SA and local Walmart unit Massmart are among companies that announced plans to cut thousands of jobs even before the lockdown started on March 27. “For a country which was already facing an unemployment crisis and weak economic growth, difficult decisions and difficult days lie ahead,” Ramaphosa said.

More than 7 million jobs could be shed in a worst-case scenario due to the impact of the virus and a lockdown that brought economic activities to a standstill, the National Treasury told lawmakers in May.

Africa’s most-industrialised economy could contract by 7% this year, according to central bank estimates. That would be the most since the Great Depression, when output fell by 6.2% in 1931, central bank data show. Finance Minister Tito Mboweni will give more details on the virus’s economic impact when he presents a revised national budget in parliament on Wednesday.

Start by getting rid of dead wood in the municipalities and among the ward councilors from the ANC, EFF and the DA.

It is, unfortunately, the dead wood that will retain their jobs.

Get back our money from the guptas, the looters.

The government cannot go after the Gupta”s because then the Gupta”s will spill the beans on who they were complicit with. That could possibly mean most in Government, Provincial and Municipal posts would be named. Not enough space in our jails for all of them to serve time.

Wheres govt strategy to “flatten this curve”? Instead of “advanced lockdowns” and #stayathome how about #getyourarsebacktowork !

Companies in the aviation, construction, entertainment and hospitality sectors have indicated plans to cut jobs because of heavy losses experienced in the past three months, Ramaphosa said Monday in his weekly newsletter. Small companies are being hard hit and some businesses are closing down permanently, he said…..

The mans a genius. Of course he neglects to say that all the damage is self inflicted, and that he has been the architect of it all.

Together with his command council or whatever.

Ramaphosa warns ! The guy is at least smart enough to know that all that his Commie ANC touches turns to fertiliser. The pension funds are waiting to get raided.

Agree. Has been Ministar Ebrahim Patels mind to use the Pension funds for a long time.

Government employees are in for a surprise.

The way the government is handling this economy and flip flops between mechanisms to counter the virus – brings Clem Sunter’s High Toad/Low Road scenarios into stark reality.
Maybe the cabinet should all be compelled to read his various books so that they can bring some balance into the economy and their lives

Now time to motivate all voters to pledge to vote against the ANC. No matter who you vote for.

This is millions. They must just vote.

Not one government or SOE job lost, just private enterprise being purged.

Private Enterprise is not wanted in RSA : Full control , Full power to Govt : A Comrades paradise

Mr R- I am part of a small private biz dealing with Municipalities. You Sir and your communist friends are delusional. You have no idea about the economic disaster that is coming because of the ANC corruption and entitlement.

To the contrary…govt does want private enterprise…or parts of it…those that took years to build, hardworking, cash generative and require little value add from their part. This government is not a trusted intermediary..rather a vampire squid sucking the last of what works and what is good

The headline should read – The Lock Down Batters the Economy.

Then the scary part of what CR says:

“For a country which was already facing an unemployment crisis and weak economic growth, difficult decisions and difficult days lie ahead,” Ramaphosa said.

This is something that you should have considered before enforcing the most brutal lockdown in the world – not so?

So Q1 unemployment is expected to be officially 29.7% (unofficial is accepted at 40%+) – you do realise that lock down only started in the last 3 days of the Quarter! I shudder to think what Q2 will look like. By some estimates if figures are not massaged, it will be official 45%+ and unofficial at closer to 60%.

Your warning is ridiculous – stating the obvious. ZAR bulls beware.

Again your team is sticking to that negative 7% growth for GDP!!! The strongest economies in the world that were in positive figures and growing in January, are expecting negative 8% – how are you going to pull off only negative 7%?

I will point out once again, that RSA deaths tragic as they might be are only at 1,870. The WHOLE AFRICAN CONTINENT is only at 8,177 deaths from 1.3 billion people. RSA mortality rate per populace is currently 0.003% – Africa as a whole is at 0.0006% mortality.

Please advise when you will tap out of your self inflicted economic madness – enforced by the WHO. At what stage do you actually look at these real numbers and say hang on, something is not adding up on what we were told as gospel. Millions will die in Africa – really. 8k so far.

You are allegedly flattening a curve – how do you flatten a flat line.

“For a country which was already facing an unemployment crisis and weak economic growth, difficult decisions and difficult days lie ahead,” Ramaphosa said

– CR … Maybe start by getting your voters off the grant system and let them become productive instead of leaching off the taxpayer.

the billions we are trying to get from the IMF and the former BRICS bank use this to create jobs not to feed the ever growing queues of the jobless and using funds to make up the financial loss of those forced by lockdown to stay at home.

For something that has a lower mortality than the annual flu…..

The prospect of digital load shedding is surely one that voters will care about, says BLSA CEO. 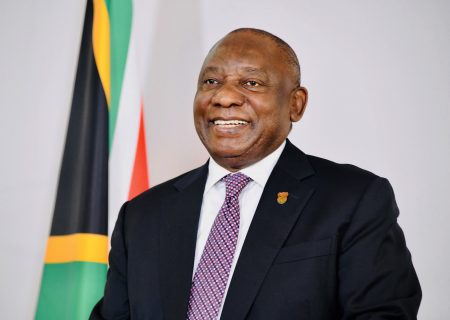 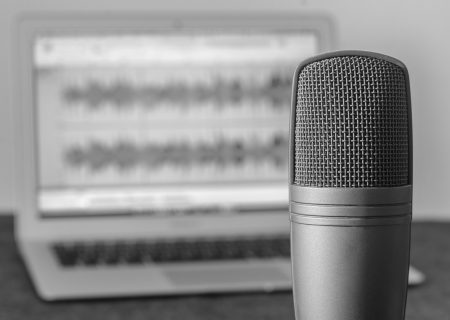