Ramaphosa’s energy interventions get the nod from industry heavyweights

While it’s hoped the action plan will be implemented with urgency and transparency, ‘patience and endurance’ will be needed.
By Nondumiso Lehutso 27 Jul 2022  00:05 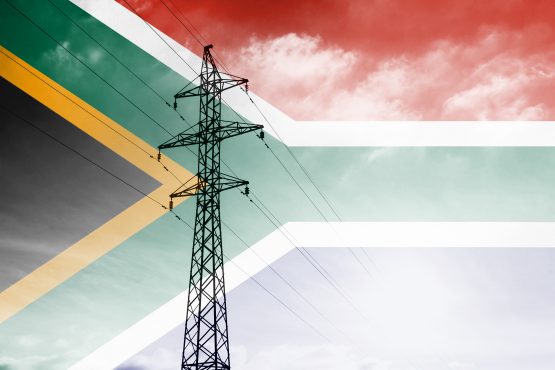 Stakeholders have been energised by government’s commitment to taking a firm approach to the crisis, even though it will take time for load shedding to come to an end. Image: Shutterstock

The comprehensive energy response plan presented by President Cyril Ramaphosa on Monday night (25 July), which includes decentralising power generation in the country and accelerating the procurement of new generation capacity, has been met with optimism by various stakeholders.

“Over the next three months, Eskom will take additional actions to add new generation capacity to the grid on an urgent basis,” Ramaphosa said. “As an immediate measure, surplus capacity will be bought from existing independent power producers.”

He added that the amount of new generation capacity procured through Bid Window 6 of the Renewable Independent Power Producer Programme (Reippp) for wind and solar power will be doubled from 2 600 megawatts (MW) to 5 200MW.

And to enable private investment in electricity generation to rise to higher levels: “We will remove the licensing threshold for embedded generation completely.”

The president added that to encourage businesses and households to invest in rooftop solar systems, they will be able to sell surplus power to Eskom.

The South African Wind Energy Association (Sawea) applauded the interventions, saying they are the right steps to create an open energy system that will attract more investment, create jobs and benefit the economy.

“Sawea views the removal of the licensing cap for embedded generation projects as the next step to liberalising the energy market, but this only makes sense if this is indeed applied to larger projects with the ability to wheel power through the network,” it added.

Read: How renewable energy helps keep the lights on

In a statement, Busa said it particularly welcomes the removal of the need to licence embedded private sector generation as well as regulatory and red tape blockages within the scope of the law.

“The use of new pricing structures to incentivise a huge investment in commercial and household rooftop generation is also an extremely important new step, and comes in addition to Eskom procuring existing, surplus power from IPPs [independent power producers],” it added.

“While we encourage the urgency in beginning to implement these complex reforms, we recognise that patience and endurance will be needed. Getting rid of load shedding will take time.”

Coovadia said a clear execution plan, against solid deadlines and accountability for delivery, is required – adding that the country and the business sector will benefit from regular and transparent progress reports.

Martin Kingston, Business for South Africa (B4SA) steering committee chair, said key enabling factors must not be forgotten, including rapid investment in the transmission grid and the need for a standardised wheeling framework.

“While there are many areas of our economy that require urgent reforms – notably water security, logistics, infrastructure and crime – none is as critical as energy availability, which is needed to unblock economic growth, investment and jobs, which will put the country back on the path to success,” said Kingston.

Business Leadership South Africa (BLSA) shared similar sentiments: “BLSA has championed these types of interventions for a long time and recently, with other business organisations, submitted a detailed strategy to government to address the energy crisis, through Business for SA.”

It said it hopes the measures will be implemented with urgency, purpose and transparency.

BLSA noted that it is ready and willing to assist in driving the implementation of the new energy action plan. “There’s lots of work ahead but we believe that we are finally moving in the right direction.”

The Nelson Mandela Bay Business Chamber reported that it has already established a renewable energy cluster intended to consolidate the electricity requirements of some of the largest manufacturers in the region.

“Although our initial focus lies with high energy industrial users, we foresee that this initiative could, in the longer term, also benefit mid-sized manufacturers, shopping malls, hotels, and eventually small businesses and residences,” it said, adding that this would reduce the strain on the national grid.

Professor Raymond Parsons of the School of Business & Governance at North-West University in Potchefstroom, described the plan as a tipping point in shifting the country’s energy challenges.

However, he said it would have been helpful if more specific timelines for certain projects and outcomes had been set out. “The present plans still seem to fall short of the previous commitment that 30% of the electricity grid should eventually be in the private sector.”

At the macro-level, the plan could help underpin the recovery in private fixed capital formation which has become apparent in recent months, he added.

“If tangible outcomes from the latest electricity plan soon manifest themselves, it could boost investor confidence in ways that could significantly raise private fixed capital formation as a percentage of GDP growth in the years ahead.”

What choice does Biz SA have but to encourage this initiative. Corruption Fatigue has forced most SouthAfricans to welcome good news with a jaundiced eye,so time will tell if this recent enthusiasm will have a positive outcome. I, for one am not holding my breathe… fake news and agendas are the ANC’s stock in trade!