The currency declined for a second day on Monday to its weakest level in more than a month.
By Colleen Goko, Bloomberg 27 Sep 2021  14:01 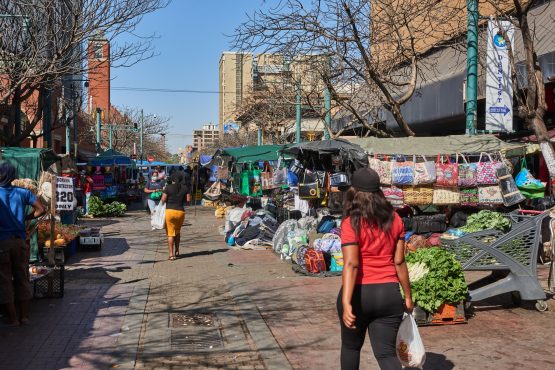 The rand is taking a bigger hit than most of its emerging-market peers as an energy crisis and Chinese growth concerns batter the South African currency and worsen the country’s inflation outlook.

The currency declined for a second day on Monday to its weakest level in more than a month as oil prices soared, while traders fretted over China’s growth hurdles and how that would affect prices of the raw materials that account for close to half of South Africa’s exports.

The weaker currency, along with crude-oil prices at the highest in more than two years, pushed breakeven rates, which reflect bond investors’ expectations of price rises, to levels last seen in June 2019.

“Sentiment still seems very nervous and there is a lot to absorb,” said Matete Thulare, an analyst at Rand Merchant Bank in Johannesburg. It’s “safe to assume that the risk bias remains for rand weakness,” he wrote in a client note. 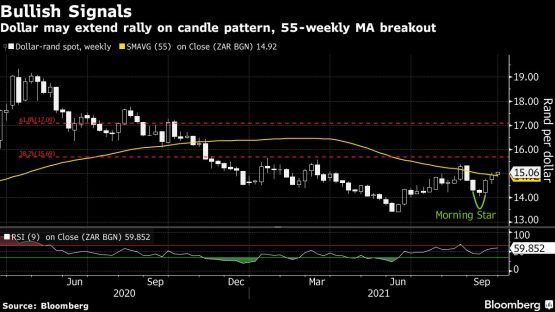 As an oil-importing nation, South Africa is sensitive to changes in the price of the fuel: gasoline accounts for almost 5% of the country’s inflation basket. A rise in oil prices would fuel price increases across the economy, complicating the central bank’s task as it tries to keep inflation in check without stifling a tentative recovery from the pandemic-induced contraction.

The fortunes of China, the biggest buyer of South African commodity exports, also have a bearing on the rand. High commodity prices have helped South Africa maintain a current-account surplus this year, supporting the rand. That may change as a slowing Chinese economy reduces demand. Nickel and tin fell sharply in London on Monday as China’s power crisis spread from factories to residents, adding risks to supply chains, demand and the economic recovery.

The bonds have dropped 4.8% in dollar terms this month, making them one of the biggest losers among peers in Africa and the Middle East, according to a Bloomberg Emerging Market Local Currency Index. The declines are behind only Turkey and Chile in developing-nations.

Somehow I am thinking the rates announcement last week was the wrong one.

They are BS-ting the inflation figures and now the Rand and oil price is not playing ball either.

By the time this lot wakes up the horse has bolted. If they don’t watch it a lot more than just the horse would be running away.

South Africa is an unofficial province of China. When Beijing struggles, so do we.