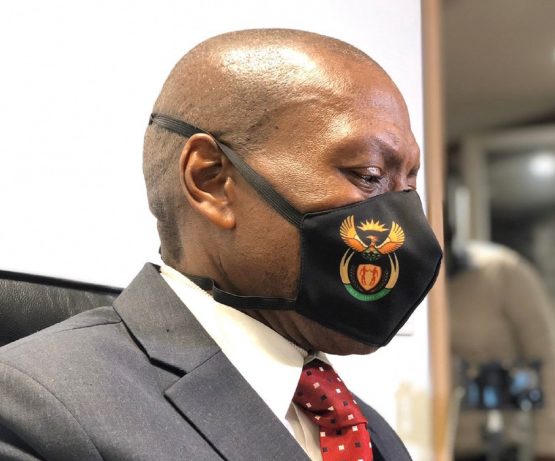 Health Minister, Zweli Mkhize, says he 'remains concerned' about the spread of Covid-19 in the Western Cape, which now accounts for almost 60% of total cases in SA. Image: Supplied

For the first time, South Africa has seen more than 1 000 coronavirus infections being confirmed in a 24-hour period.

Health Minister Zweli Mkhize announced a record 1 160 new cases in a statement released late on Sunday night, which takes the total number of cases in the country to 15 515.

The surge in Covid-19 cases beyond the 15 500 mark, comes as the country reported 5 500 new infection over the past week alone. On May 10, Mkhize reported that South Africa had 10 015 confirmed cases and 194 virus-related deaths.

“We remain concerned about the developments in the Western Cape, with [its] total cumulative cases now comprising almost 60% of the national [number of] cumulative cases,” said Mkhize

Worth noting is that the Western Cape has performed more Covid-19 tests, relative to its population size, when compared to other provinces. According to Western Cape Premier Alan Winde, as of Sunday, the province had performed 90 750 tests.

Gauteng has undertaken the most tests in SA overall (last reported at over 100 000), however, it has a much larger population and concentration of people compared to the Western Cape. Nationwide figures showing the provincial breakdown of testing has not been made available.

Mkhize, however, reported another record day in terms of testing on Sunday night, noting that 21 341 Covid-19 tests had been done countrywide over the last 24 hours. This takes the total number of tests done in South Africa to 460 873.

The minister revealed that there were now 7 006 virus-linked recoveries, over half of which had occurred in the Western Cape (3 521).

The graphic below shows a breakdown of the number of Covid-19 cases, deaths and recoveries amongst SA’s nine provinces. Our death rate is the slowest in the world so far….is this because of the weather, our BCG vaccination policy or our Anti Retroviral history?
And our testing, if it’s believed to be true, is more advanced that even the USAs – they’ve only tested 3 million people out of a population of 360 million in 3 months – we’ve tested nearly 500 000 out of a population of 65million in 1.5 months Go figure!
Will we ever know the truth about this virus? Trump has successfully marginalized the UN and the WHO – the two most prominent watchdogs who could give us the truth without political/economic interference – so who do we believe and trust to tell us the truth now?

The truth is out theeeeere.

It is going to get worse especially in the WC

Kindly get your facts straight before you post. WHO claimed this virus was NOT spread through human transmission. Watchdog? For whom? The CCP..

Kindly let go of your anti-west rhetoric and see reason. In the East you would “disappear” after making a statement like you did..

The more the infection spreads the high the price of beer. I was offered a case this morning at 400% above what I normally pay.

Need to get this virus under control quickly.

There are probably more confirmed infections in the Western Cape, as it is probably the most efficient and least corrupt province in SA (but still not THAT great) therefore does not fudge it’s numbers (as much as the rest) and actually performs the tests that it says that it does (or mostly so) I sincerely doubt that the same can be said for our other provinces……??

I think the over zealous media is hyping this crisis. Is it a crisis .0004% deaths??????? I am now not watching enca as they hype this thing I believe for political purposes. But we all know that journalism is a fading brand.