Zondo Commission hears testimony from former employee who was lured back to Regiments, then made CEO of Trillian Financial Advisory.
By Barbara Curson 15 Dec 2020  00:01 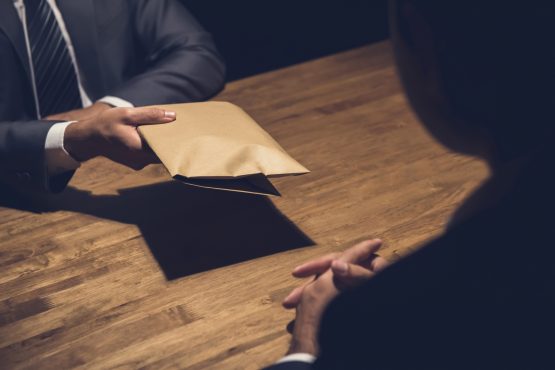 Witness to dodgy dealings … whistleblower Mosilo Mothepu resigned from Trillian when she realised it was involved in state capture. Image: Shutterstock

Some two years later, on December 10 this year, Mothepu appeared at the Zondo Commission. Her evidence was led by Pule Seleka SC.

Mothepu, who had previously worked at Regiments Capital between 2007 and 2010, was coerced into rejoining Regiments Capital in 2016 on the promise of a “blank cheque” and a sign-on bonus. Eric Wood was her direct line manager and she attended all meetings with him. Meetings often included Anoj Singh, Gary Peter, and Matšhela Koko.

Mothepu explained that hybrid capital is where you raise an instrument that has characteristics of both equity and debt. The advantage is that hybrid debt is subordinated. The rating agencies will allocate a little bit of that instrument to both equity and debt, and it wouldn’t negatively impact the investment rating. Subordinated debt isn’t immediately payable and can be paid over time. The interest payments can also be deferred.

Regiments had allegedly proposed hybrid capital to Eskom and Transnet, as they had the largest debt funding requirement.

Mothepu said that the state-owned enterprises (SOEs) were reluctant to issue hybrid debt as they didn’t understand the instrument.

On October 26, 2015, Wood told Mothepu that former president Jacob Zuma was going to fire then-finance minister Nhlanhla Nene and replace him with someone more “pliable”.

Wood mentioned transactions that Nene wouldn’t approve such as the nuclear deal and hybrid capital.

Wood had emailed Mothepu a document detailing 12 initiatives he had drawn up that were to be approved by the new minister.

These are listed below:

All of the above projects would have raked in huge fees for Regiments.

Mothepu referred the court to former deputy finance minister Mcebisi Jonas being taken to Saxonwold (Gupta residence) on October 23, 2015, where Jonas was offered “R600 000 cash in a bag, and R600 million if he works with them”.

Jonas called Nene after the meeting, and they eventually met on Monday, October 26. While Nene and Jonas were having the meeting, Wood was telling Mothepu that Nene would be fired.

It transpired that Nene was fired at midnight on December 9, 2015.

On November 10, 2015, Wood told Mothepu that Bobat would be special advisor to the new finance minister.

Nene’s replacement, Des van Rooyen, was finance minister for two days before being redeployed as minister of cooperative governance and traditional affairs; Bobat remained as his special advisor in his new role.

Mothepu resigned from Trillian Financial Advisory in June 2016 when she realised that Trillian was part of state capture, and said she was very scared.

She had been told that Pravin Gordhan would be fired and deposed an affidavit to the Public Protector, at the time Thuli Madonsela. This was leaked to the Sunday Times, and nine criminal charges were levied against her by Trillian, including cybercrime, fraud, perjury and corruption.

She was warned by a police officer that he had to expedite her case “because of who these people are and because of the connections that they have”.

“I realised that institutions work against people who stand up for the truth,” said Mothepu.

“I couldn’t find employment for two years. Give us a chance – we stood up, our lives have been devastated, we need tighter legislation to protect whistleblowers … we need reparations like what KPMG is doing with Sars [South African Revenue Service].

Where is Tokyo in all this? Been hiding since the good judge looked at Trillion.

What happened to Stan Shane and his involvement in all of this?

This Lady / Whistle-blower MUST get a share of all the money recovered, as a matter of goodwill 10 million Rand right now.

At least one person standing up for what is right! Hats off to you Mrs Mothepu!

Is there a crowdfunding initiative for Ms Mothepu? I would like to contribute.

I would encourage poor Mothepu to emigrate to a country which will appreciate his skills. The world is your oyster. Because you’re African, is does not mean you have to be stuck to the African continent. Africa is not your spiritual home (it may feel like that)…..but THE WORLD is your home 🙂 Don’t let others keep you back.

Wow. It’s mind blowing to read of the elaborate plans, which would have cost our country so much more, had they succeeded. What a brave and honorable woman is Mosilo Mothepuand, and how shocking that she has not been rewarded for the role she played in stopping the rot. She could head up any number of the flailing SOEs, or the toothless ethics committee or take over from the embarrassment that is our public protector or be snapped up by the corporate world as a valuable and ethical financial officer. Paying Lip service to whistleblowers does not pay the rent.