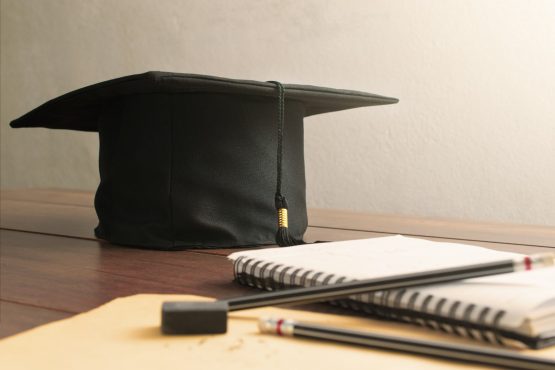 One of the big ‘spending pressures’ on the state is the public sector wage bill, which has been increasing at an average of 11% pa for a decade. Image: Shutterstock

South Africa’s government should reconsider its free higher education model and implement a blended loan-grant system to ease the strain on fiscal resources, the Organisation for Economic Co-operation and Development (OECD) has recommended in its 2020 economic survey.

The recommendation is one of several measures provided for the government to stabilise public finances, following the impact of the Covid-19 pandemic on its fiscal deficits and debt weighed down by persistent low growth, the public sector wage bill and bailouts to state-owned entities.

The fully subsidised bursaries for students coming from families with a total household income of R350 000 first came into operation in 2018 and have now given over 90% of students access to institutions of higher learning.

Initially, free higher education, administered through the National Student Financial Aid Scheme (Nsfas), was open to first-year students and existing undergraduate Nsfas loan recipients. The scheme’s coverage gradually expanded and in 2020 this meant that qualifying students from first- to third year were covered at a cost of R35 billion.

The OECD said that among its 37 member countries, having a tertiary education often results in higher earnings. The assumption is that by investing in higher education this will lead to higher social returns from income taxes and social contributions from tertiary-educated individuals, who will also need fewer social security benefits.

Read: No room for complacency in implementing reforms: Treasury

But in South Africa, the benefit will not be realised soon from a budget perspective said the OECD.

“The impact on tight fiscal resources should be considered and alternative financing mechanism[s] could be mobilised, to at least partially cover the cost,” it said.

“Moreover, under the current tax system and depending on the assumed discount rate, the net present value of government expenditure for university undergraduate education remains on average negative – even when considering favourable assumptions of continuous employment.”

The OECD has recommended that government tweak the bursary grant scheme by determining support for eligible students on a sliding scale based on household income and introduce the participation of banks through income-contingent loans.

The balance of what is not covered through a Nsfas grant will be supplemented by a government-guaranteed bank loan “to ensure that students from higher-income families are not constrained in their educational choices due to access to financial resources”.

“Efficient administration of the scheme, including the collection of repayments, is crucial,” said the OECD.

This model of funding free higher education is similar to what the Fees Commission headed by retired Judge Jonathan Heher proposed.

After a year of public hearings and work probing the feasibility of free higher education, the commission released its report which found that fee-free higher education for all was not possible, especially for university students, without a detrimental cost to government spending on other social priorities.

The report recommended that education at technical and vocational education and training (TVET) institutions, which have been improved, should be free. However, university students would need to get income-contingent loans, underwritten by the government, from banks that they would begin paying back when their income after graduation reaches a certain threshold.

These recommendations were ignored by former President Jacob Zuma, who unexpectedly announced free higher education for working-class and poor students on the day the ANC’s elective conference was set to begin in December 2017.

In addition to reevaluating the free education model, the OECD said the government should consider indexing public sector wages to below inflation for the next three years, as a way of “managing spending pressures”.

Government spending on public sector wages accounts for 12% of GDP – higher than the OECD average and that of individual partner countries.

“Public sector wage increases are the main driver of government spending rather than increases in employment,” said the OECD.

It notes that in the last 10 years the number of public sector employees only rose by 100 000, and with the introduction of a recruitment freeze in 2011, the number of employees has actually been “trending down”.

“The remuneration policy explains the increase of the wage bill,” it says.

In addition to above-inflation increases, promotion policies and occupation-specific salary dispensations – meant to improve government’s ability to attract and retain skilled employees through increased remuneration – have also contributed to driving the wage bill up.

“As inflation has receded, and given the wage gains of recent years, the real cost to civil servants would be limited, as they would still benefit from annual progression in the pay scale,” said the OECD.

“Such a measure could create fiscal space for government investment in infrastructure and education.”

Moenie worry neh. The IMF and World Bank will strongly suggest the user pays principle to guvmend and get their attention.

That’s when the digested food is going to mingle with the ventilation system.

I have seen how ruthless these institutions can be and for good measure.

We could have had free education for all many times over had it not been for ANC.corruption .

We forgot that ‘free education’ was simply a last and desperate attempt from Zuma to regain popularity, before he was dethroned.

It is simply not possible and no logic was behind the decision to implement it.

There is plenty of logic behind it. If we don’t give it to them, the angry mob will burn all our universities down to the ground. The law enforcement authorities are too useless to stop them, so I guess we are being held hostage…. But they learned from the best. Remember “We will render this country ungovernable!”

There is already free education and it is freely available plus it’s more up to date than the propaganda which is being shoved down by teachers who are illiterate themselves.

I’ve used both from my mobile phone and laptop

Totally agree with you Purgecoin and the network courses are intentionally recognized and they are kept up to date.

We need free trade, not free education because if we have free trade, worthy students would have ample access to funding. Instead of allowing free trade, the socialists steal from some citizens, to fund free education for others. This is massive destruction of value since even if they do manage to graduate, those students will find no employment opportunities because the process that financed their education also destroyed their jobs. Everybody loses, this is socialism.

“You say: “There are persons who lack education” and you turn to the law. But the law is not, in itself, a torch of learning which shines its light abroad. The law extends over a society where some persons have knowledge and others do not; where some citizens need to learn, and others can teach. In this matter of education, the law has only two alternatives: It can permit this transaction of teaching-and-learning to operate freely and without the use of force, or it can force human wills in this matter by taking from some of them enough to pay the teachers who are appointed by government to instruct others, without charge. But in the second case, the law commits legal plunder by violating liberty and property.”
― Frederic Bastiat, The Law

I’m all for “free university education” of the type the country actually needs.

It really is stupid that when a country can really benefit from having a strong cadre of engineers, scientists, medics and teachers, we put steep financial obstacles in the way of the good students we, as a society, ultimately benefit from.

Government must make it EASY for good students to train for career paths the country needs. It’s an investment no-brainer!

By the same token, there’s a surfeit of “education” the country does NOT need to sponsor.

Australia is setting the right example here. SA should follow a similar strategy.

If America can’t afford free higher education for all and they have been a first world country for a while who are we to think even without corruption we can afford it!
SA tax base is too little and is getting nothing worth while in return.

SA just can’t afford all the freebies without demanding nothing in return.
The rich, middle class the poor, we should all take responsibility in making this country great.

This wage bill also is still going to get worse! The salaries of government cleaners at schools are more than some of the private sector entry level jobs. Government needs to increase security from railway lines, hospitals, schools and other government structures at high cost due to anarchy of crime in this country worse in Rural and township areas.

decades ago when I left school in the UK free or highly subsidized university education was the norm, finance by your local authority. however, entry qualifications were pretty strict and in fact only about 10 to 15 percent of school leavers even qualified. the rest left school long before and learned a trade or just got an unskilled job. today far more UK school leavers qualify but it is no longer free, students get loans which they have to start repaying once their income reaches a certain level. Bursaries are available for high achievers. Why not do the same here. The money here would be far better spent on the basic education budget especially foundation phase, to ensure that every child gets to leave school with good numeracy and literacy skills.

Don’t know why rich countries don’t do it. They should ask CR. He knows how to get something for nothing.