‘As politically difficult as it is, the broader administration needs to give the finance minister more support.’
By Roxanne Henderson, Bloomberg 30 Jul 2020  06:31 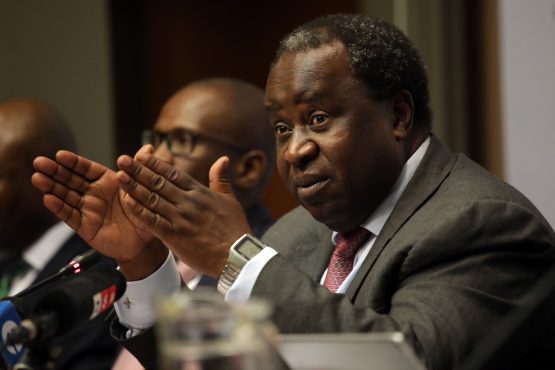 South African Finance Minister Tito Mboweni could do with extra help from his cabinet colleagues in pushing the reforms needed to rejuvenate economic growth.

“As politically difficult as it is, the broader administration needs to give the finance minister more support,” he said in an interview. “When any of us have a reduction in income we have to reduce our expenses. South Africa has to tighten its belt.”

Mboweni has warned the country faces a debt crisis unless it reins in borrowing as the longest downward cycle since World War II and the coronavirus weigh on tax income. The former central bank governor has advocated pro-business reforms that have met opposition from some factions within the ruling party and its communist and labor union allies, which seek more government control over the economy.

The government can start with measures that it has proposed, but not yet implemented, Formby said.

“For the last year, the ability of the mining industry to self-generate electricity at scale is something that has been flagged and tabled, but not yet permitted,” he said.

Proceeding with the sale of telecommunications spectrum to lower data costs and fixing cumbersome visa rules for tourists could also boost business and consumer confidence, the investment banker said. Clearing away impediments to importing foreign skills will add jobs to the economy, Formby said.

“We can take a number of steps that don’t cost the taxpayer money,” he said.

For lenders like RMB — and FirstRand stablemates including retail and business lender First National Bank and auto-financier WesBank — a healthier economy would give some room to breathe.

In the first weeks of South Africa’s lockdown to curb the Covid-19 outbreak, bankers saw activity jump as clients sought emergency facilities to secure their cash flows, Formby said. RMB’s customers are now looking further out and thinking about the mix and maturity profiles of their funding, he said.

After an initial spate of equity raisings, businesses are also beginning to consider opportunities to consolidate, Formby said. Offshore investment or diversification is likely to be limited.

“There definitely are opportunities that our clients can see in various industries,” he said. “Our teams are not sitting around waiting for the phone to ring.”

tighten our belts – Mboweni 2009. It’s been 11 years since he said that the first time as minister. Belt tightening doesn’t help when you can’t stop eating.