Once implemented, the new Africa Continental Free Trade Area is expected to be the largest free trade bloc in the world.
By Tebogo Tshwane 12 Apr 2019  11:45 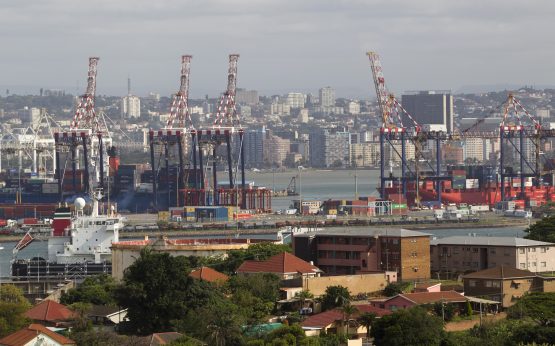 The Minister of Trade and Industry says the AfCFTA will contribute to improving regional value chains. Picture: Supplied

As the continent edges a little closer to making the Africa Continanental Free Trade Area (AfCFTA) a reality, Minister of Trade and Development Rob Davies says South Africa will not use this as an opportunity to take advantage of countries with smaller markets.

Only three countries stand in the way of the AfCFTA coming into force after Ethiopia became the 19th country to submit proof of ratification to the African Union (AU) Commission on Tuesday.

When in operation, the agreement is expected to create the biggest free trade bloc in the world removing trade barriers on goods and services as well as the movement of people among the 55 countries on the continent with a combined gross domestic product (GDP) of $2.5 trillion.

The United Nations Economic Commission for Southern Africa projects that the continent-wide liberalisation of trade will increase intra-African trade by 52.3%. But, on the other hand, African countries whose economies are less developed may struggle to replace income from import tariffs and fees.

“The economic gains expected from the AfCFTA agreement are calculated at an aggregate level, however, the fears of significant tariff revenue losses and an uneven distribution of costs and benefits are among the main obstacles to the continent’s integration,” said International law firm Fasken.

The law firm said countries like South Africa and Egypt would not be impacted by the loss of revenue while less developed countries will also have to contend with the costs and outcomes of a more competitive environment such as potential job losses.

Davies told Moneyweb that South Africa will not approach the AfCFTA with the intention of increasing the existing patterns of trade where the country offloads finished goods in smaller economies while those countries do not supply anything in return.

He said he wanted the agreement to be a “tool and instrument to promote a broader transformation of the economy on the continent”.

“When you look at why there is a relatively low level of regional trade, it’s not fundamentally about tariffs, it’s about underdeveloped production structures and infrastructure,” said Davies, “we want this to be seen as something that is going to allow the emergence of regional value chains and not just promote more intra-regional trade”.

Trudi Hartzenberg, executive director of the Trade Law Centre, said more diversified and industrialised countries such as South Africa are the ones who will benefit initially but there were very important developments and growing industry in other countries on the continent that will attract investment as a result of the larger, integrated market that the AfCFTA offers.

“Improving these trade facilitation issues, is perhaps one of the most significant contributions of the AfCFTA,” she said.

After the 22 countries submit their proof of ratification to the AU they will go into a negotiation process where each country will submit its trade offers such as tariffs and rules of origin that will apply to certain goods and services.

Tariff negotiations are expected to be bilateral and possibly between member states or customs unions as they have common external tariffs said Hartzenberg. This means the Southern African Customs Union (Sacu) will negotiate with the  Economic Community of West African States (Ecowas).

Davies said this was “a highly ambitious arrangement and the jury is out on whether it’s too ambitious”.

Fasken law firm said the agreement is “ambitious” in its efforts to dismantle the barriers and costs of intra-African trade in order to create a more competitive and productive continent and this could be hindered by reluctance by member states to amend their national legislation.

“Policymakers will be required to address those barriers that may come into conflict with the principles of the free trade area. A key example is to make provision for the unrestricted migration of highly skilled workers across the continent,” said Fasken.

Hartzenberg said the continent is also waiting to see what Nigeria will do. The biggest economy on the continent did not sign the agreement when it was initially launched stating that it wanted to protect its local industries from dumping.

“As the largest economy in Africa, this is notable. Indications are that Nigeria may sign soon so that it can participate in the ongoing negotiations, rather than accede to the AfCFTA” she said.

Of course not… As if the ANC would ever stoop so low as to do something illegal and/or immoral. *cough* *cough*

You need to take some EFFingVBS lozenges for that cough!

Spoken as only Rob RED Davies could.

Free movement of people across Africa?

Despite 40% unemployment, SA will simply be swamped by people looking for economic opportunities.

3 million people in SA pay nearly all the taxes, carrying the other 52 million. Now the 3 million tax payers will have to carry half the continent.

…’the agreement is expected to create the biggest free trade bloc in the world’…only in terms of people, the majority living on a couple of dollars a day. Combined GDP of the African countries will be 2.5 trillion dollars..which is nothing when compared to EU GDP of over 20 trillion.

And frictionless trade in Africa is a pipe dream if the corrupt border officials at every border post on the continent have their way.