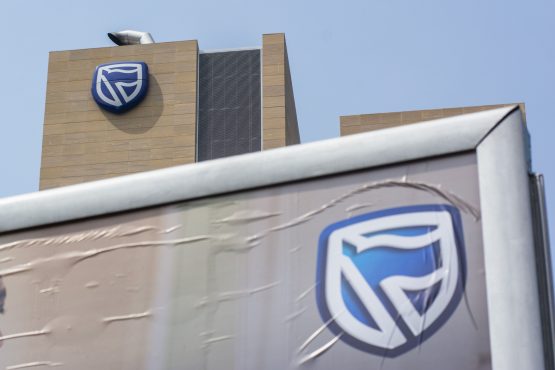 A 60% rally in South African banking stocks from an eight-year low in May has further to run due to valuations far below levels before the coronavirus, according to JPMorgan Chase & Co.

“The banks are actually very, very cheap,” John Storey, an equities analyst at the US lender’s Johannesburg-based unit, said in a video call. “We still think this trade actually has legs.”

Even after the gains, the price to book ratios of Africa’s biggest lenders are trading at a fraction of the premiums they enjoyed over the MSCI Emerging-Markets Banks Index before the onset of the pandemic.

Furthermore, the share prices of Standard Bank, FirstRand, Absa and Nedbank are valued at less than half that of the nation’s benchmark stock index based on historical earnings. If the lenders go back to the highest levels reached during 2019, then “there is at least 30% plus upside for the South African banks,” Storey said.

Banks in Africa’s most developed country took a hammering as the onset of the coronavirus brought businesses other than essential services to a halt. With restrictions to contain the pandemic weighing on an economy already in recession, lenders set aside billions of rand against potential credit losses as they helped customers reorganise loans to cope with the fallout.

While the economy was reopening, a flood of international stimulus spurred stocks and other asset prices worldwide to record highs.

Rainy-day reserves should be adequate to manage souring loans, Storey said. While South African consumers and businesses suffered losses during the worst of the lockdown in the first half of 2020, repayment trends are quite encouraging, he said.

“They’ve taken more than enough provisions,” he said. While provisions will be a key driver of earnings, it remains to be seen whether investors will reward lenders by further pushing up their share prices once these are released, Storey added.

“Nedbank’s overall coverage ratio was lower relative to the peer group,” he said. “The market will be very focused on the charge Nedbank takes and whether or not there has been a big enough provision build up.”

The resumption of dividends with guidance from the central bank still in place to withhold shareholder payouts until there’s more certainty on how the pandemic unfolds may also give lenders a boost.

FirstRand, the second-largest African bank, will likely follow Investec Group’s lead and declare a dividend for the six months through December, Storey said. Standard Bank, the largest African lender, Absa and Nedbank, which have December year-ends, will probably only consider dividends after their first-half periods, he added. 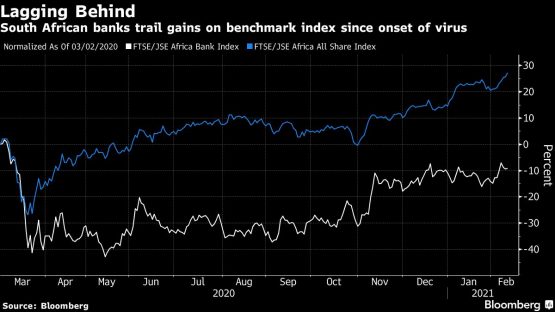 There are opportunities for lenders to benefit from South Africa’s infrastructure program when it kicks off, and from an economic recovery that will “hopefully” unfold over the next six to 18 months, Storey said.

Risks lurk over how vaccines are distributed, the South African government’s high debt levels and its handling of ailing state-owned companies. The economy hasn’t expanded by more than 2% annually since 2013.

“Another is the second and third wave of the coronavirus pandemic,” he said. “Banks are very geared to the reopening and recovery trade and are very correlated to vaccination trends. That’s something we have seen in other markets, that will be important.”

It is not the first time that foreign financial institutions hype up a sector and then a week later there is a big correction downwards.

Today it is the Banks, Standard Bank leading the pack downwards.

Now there is talk of the Resources Super cycle?
Probably a big correction coming up on the 24th.