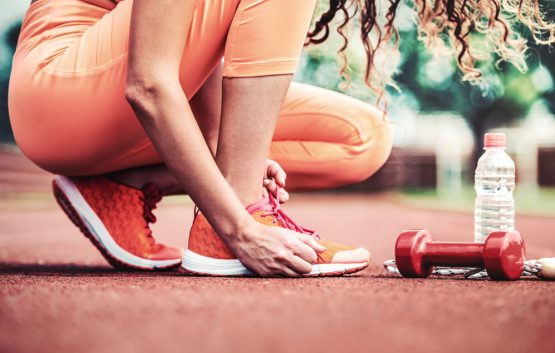 South African Police Minister Bheki Cele said people won’t be allowed to exercise outside their homes during a three-week lockdown to curb the spread of the coronavirus, contradicting earlier comments by Health Minister Zweli Mkhize.

“There are no dogs that should be walked,” Cele told reporters in the capital, Pretoria, on Wednesday. “Just walk around your house.”

President Cyril Ramaphosa announced on March 23 that the lockdown will come into effect at midnight on Thursday. He said people will only be allowed to leave their homes to go shopping for food, collect welfare grants and seek medical care — unless they provided an essential service.

About 16 million people commute daily on congested trains and minibus taxis, and the government wants to reduce their risk of contracting the coronavirus and transmitting it.

Mkhize said in an interview the South African Broadcasting Corp. earlier on Wednesday that “there shouldn’t be a problem” if people want to exercise on their own. The government aims to prevent large numbers of people from moving around and coming into contact with each other, he said.

Mkhezi told reporters the government had since rethought its position and decided that allowing people to exercise outside their homes “does not add any value in implementing the lockdown.”

The number of confirmed infections in South Africa rose 28% to 709 by late Tuesday, though there haven’t been any fatalities. Five people have recovered and most others are doing well, with just two in intensive care.

Now we are getting f%$ckin’ ridiculous. Welcome back South Africa.

Can I take my fish for a swim?

I thought the reason we all sat around waiting for CR to speak was so he could brief his Ministers on the plan of action. Clearly one of these guys was on their Facebook while he was talking to the Cabinet. It’s not promising when we haven’t got to Day One and this is happening while at the same time thousands are being allowed to cram into taxis in Jo’burg and heading up the N1 so they can potentially infect their loved ones living in areas with limited services & poor healthcare infrastructure. I’m supportive of any government trying to face down this crisis but they really do need to do better than this.

This makes no sense. I run every morning and will keep doing so.

Tongue in cheek: Would one be allowed to grab a shopping bag marked with your local Supermarket’s name and jog there every day to buy the bread and milk?

@ Carwriter: Can’t see why not. If you do not own a vehicle how the heck are you supposed to get to the grocery store / pharmacy / hospital? I don’t see public transport helping nor being available / affordable. A few of these illustrious leaders of ours often spew out words without engaging what ever brain capacity they might have. (sorry Mr/s moderator).

“Government does not add any value in implementing the lockdown” is what it should read.

As usual Moneyweb’s comments section is replete with moaners. Do we want to end up like Italy or Spain. I think not. Accept a little inconvenience. Jogging in the suburbs is probably pretty harmless, but as soon as you open that loophole, how do you stop people flooding the streets doing exercise. This isn’t the time for nuance