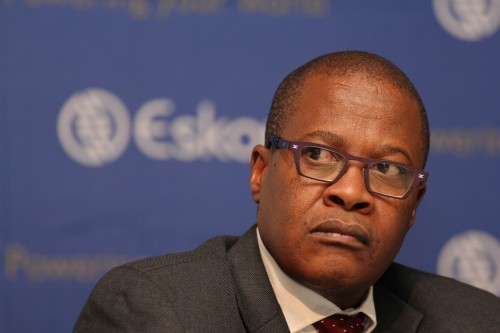 Brian Molefe, who is largely credited with stabilising electricity supply following months of rolling blackouts, resigned last year after he was implicated in a report by the anti-graft watchdog on alleged influence-peddling.

Molefe has denied any wrongdoing.

“I have considered the Eskom board’s reasoning in formulating the proposed pension payout and cannot support it,” public enterprises minister Lynne Brown said in a statement.

Brown said the payout could not be seen as a performance reward, as Molefe had already received a bonus for his role in turning Eskom around.

“Nor is the proposed pension payout justifiable in light of the current financial challenges faced not only by state-owned companies, but by the country as a whole,” she said.

Eskom’s credit rating was downgraded afterwards, a blow to the utility as it is yet to complete work on two coal-fired power stations, years behind schedule and over budget, and as it plans to build nuclear reactors.

Brown ordered Eskom’s board to meet with Molefe and present her with an “appropriate pension proposal” within seven days.

Molefe, now a member of parliament for the ruling African National Congress, took the reins at Eskom in 2015 as Africa’s most industrialised economy endured daily power cuts, but soon implemented new maintenance policies to get more out of the nation’s fleet of ageing coal-fired power stations.

The best Sunday news I’ve heard for a while

Why the sad face, Brain? not what you expected.
and I think Lynne Brown just made some new enemies.

probably did make new enemies, but NOT with the people of SA or its tax payers….

The ‘appropriate pension proposal’ will still leave us gobsmacked. Lynne Brown has shown herself to be totally untrustworthy and she is pandering to public sentiment here. There are SO many channels that can and will be used to make sure baby Brian gets his gift for supporting (then and now) the zupta alliance. This is just more smoke up the rear end for the public.

How can their even be a pension proposal?

Surely there are simple rules to arrive at a calculation.

If indeed this was a “Pension Fund” pay-out the law would – again have been disregarded.

It would be interesting to know if the FSB would have had anything to say about this!

For any member to receive a R 30 million pay-out they would probably have had to work 40 years and earned a “Pensionable Salary” of R 10 million a year.

How long will this rape of S A continue. We deserve better.

Remember his tears on TV? I would also do it for R30m. In fact, I will cry you a river…..for half of it.

But the Guptas had ordered a bonus for Molefe???

Let Brian go dip into the Gupta’s pockets without taking more money from the taxpayers. He resigned in shame and is entitled to nothing. He should pay back money for failure to comply with and failure to complete his tenure at Eskom.