After ruling that the medical parole he was granted in September was unlawful.
By S'thembile Cele, Bloomberg 15 Dec 2021  11:41 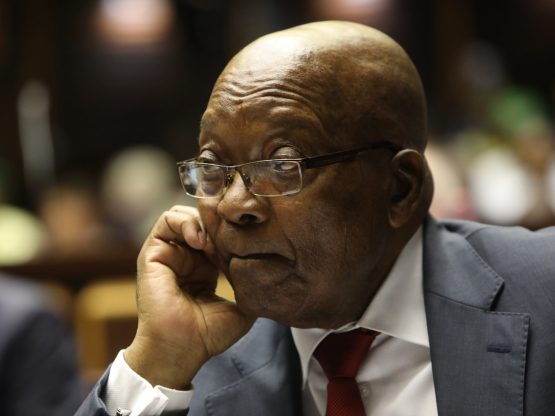 A South African court ordered former President Jacob Zuma be returned to prison, after ruling that the medical parole he was granted in September was unlawful. The rand weakened.

The High Court in Pretoria ordered that Zuma, 79, “be returned to the custody of the Department of Correctional Services” to serve out the remainder of his 15-month sentence.

Zuma, who was convicted of contempt of court earlier this year, was granted medical parole after serving less than two months in jail. The Helen Suzman Foundation challenged the decision.

The jailing of Zuma in July was the catalyst for the worst civil unrest in South Africa since the country’s first non-racial elections in 1994. The violence left at least 354 people dead.

May this sentence be the first of many years. Hopefully the prosecution in the corruption trial will be done before your release then you can make the place ready for your friend Ace.

In a working democracy, the person who approved his bail would have been unemployed by now. In China, he would have been shot. Luthuli House will redeploy him to a higher position with a better salary because they are cut from the same cloth.