Now all eyes are on the UK’s upcoming red list decision.
By Suren Naidoo and Palesa Mofokeng 4 Oct 2021  13:50 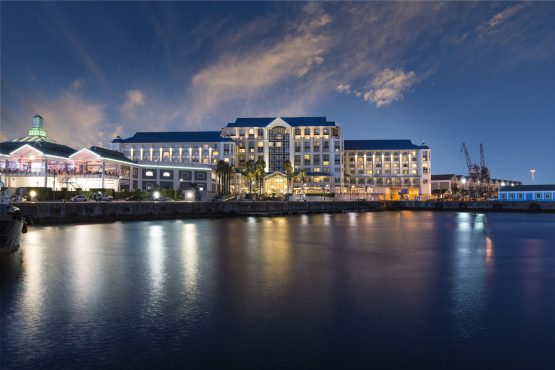 President Cyril Ramaphosa moving the country to its lowest Covid-19 restriction of Alert Level 1 as of Friday (October 1), due to a dramatic fall in infections, is another contributing factor.

The move means hospitality and gaming groups that run casinos, restaurants and other leisure facilities can trade for longer hours due to the curfew now being at midnight. The sale of liquor is also allowed on Fridays and weekends.

The surge saw the travel and leisure sector on the JSE being the top performer on Monday morning, trading over 6% firmer overall.

Other leisure-focused investment stocks, such as Hosken Consolidated Investments, which owns a stake in Tsogo Sun Gaming, also hit a year high. It was up over 5.5%, trading at around R78.11 a share.

With the likes of Germany, the United States and the Netherlands removing SA from restrictive travel ban lists, more international tourists who are vaccinated will find it easier to travel to the country.

Now, all eyes are on the UK which still has SA on its red list but has been facing increasing pressure to remove SA from the list.

Anthony Clark of Small Talk Daily Research says a key feature of the morning on the JSE is “hotel, gaming and leisure stocks having a hell-of-a boom”.

He cited stock price surges in City Lodge, Tsogo Hotels as well as the gaming groups.

“[It comes] clearly as the news filters out that over the weekend the Netherlands have lifted their travel ban, the Germans did so a few weeks ago, and it seems that in the next week or so, the UK government will,” Clark points out.

“This means that the three biggest tourist travelling blocks to SA will now be able to travel [more freely] to this country, which is the shot in the arm that the struggling hotel, gaming, and tourist sector on the JSE actually needed,” he adds.

“As further news comes through on further European-Union countries lifting or easing their restrictions, this sector [hotel, gaming and leisure] could run and run, because it’s still substantially off its base,” he notes.

The UK is SA’s biggest single ‘source market’ for international tourists and negotiations have been underway since SA was not removed from the list over a week ago – despite having significantly lower Covid-19 infections rates than the UK currently.

While UK officials originally raised concerns around the Beta variant in SA and queried Covid-19 vaccination certification, the country will be re-evaluating its red list this week.

There is growing optimism that SA will finally be removed from the list, with several newspapers such as the Sunday Telegraph in the UK reporting that this is likely to happen at the next assessment or so-called ‘traffic light review’.

The re-evaluation is expected to see the UK’s red list of destinations cut to nine from 54.

Fully-vaccinated travellers coming from countries including South Africa, Brazil, Mexico and Indonesia are anticipated to no longer be required to self-isolate in government hotels for 10 days when they arrive in the UK.

Ramaphosa also announced last week in his televised address on the move to Alert Level 1 that he was hopeful that SA would be removed from the UK red list. He mentioned that he had discussed the matter with British Prime Minister Boris Johnson.

“This has put us in a disadvantaged position since the United Kingdom is South Africa’s biggest source of tourism from the northern hemisphere and a significant trading partner,” Ramaphosa said.

“We both agreed that decisions of this nature should be informed by science and are hopeful of a positive outcome when the issue comes up for review in the coming days.”

David Frost, CEO of the Southern Africa Tourism Services Association (Satsa), told Moneyweb on Monday that he was looking forward to SA being removed from the UK’s red list.

“It has been a long time coming…. While we are grateful and optimistic that travel will open up between the two countries in both directions, we are also at a stage where we’ve been quite battered and bruised by this,” he said.

“It’s useful that it has been announced now, [though] we would have loved it earlier. But we are confident that we will be able to extract some value out of the high season that is left. In terms of travel going forward, we have got to give prospective travellers security and confidence,” added Frost.

He claimed that SA tourism has lost about R6.2 billion in business between February and September this year as a result of the country being on the UK’s red list.

We need a president who projects strength on the world stage. The president needs to stand up to the UK for inexplicably, placing us on the red list.

While we do need the UK, they’re no longer our biggest trading partner. We have friends in China and Russia.

The UK is descending into a third world country. They currently have fuel shortages and empty supermarket shelves.

That sounds a lot like South Africa after the recent riots and looting in KZN and Gauteng, not so?

NO, you have friends in Russia and China!

Peter Hain told them he does not like the ANC anymore.

not “friends” as you put it, rather lenders of last resort soon to be our masters.

I can just see it – Russians and Chinese draped all over the beaches, roaring around the game parks – you couldn’t make it up. I think you will find that the good old UK will be back despite “empty shelves and no fuel”.

I know which group of tourists I prefer.

Effy my man — You guys are on the red list mainly because you wear red coveralls and funny hats !!!