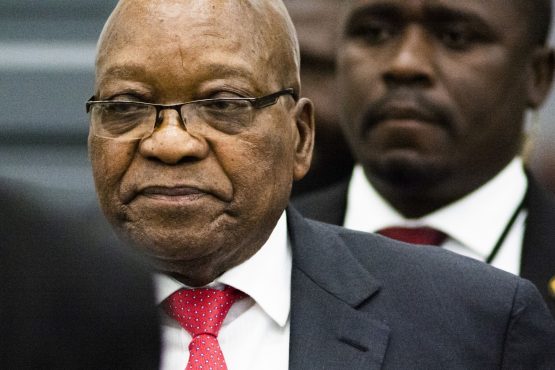 The finding by Acting Chief Justice Raymond Zondo adds to other probes and a deluge of media reports that have revealed how billions of rand was looted from state coffers during Zuma’s nine-year rule with his tacit consent. The question now is whether the former security operative will ever be held to account?

Zuma has spent more than 15 years fending off allegations that he took bribes from weapons dealers in the 1990s, appealing every adverse decision made against him. That case is currently before the High Court, with a hearing scheduled for next month, but even if he’s found guilty, it could take years before the appeal process runs its course.

The National Prosecuting Authority was gutted of capacity during Zuma’s tenure, and while it’s rebuilding and hiring new staff for a specialised unit to investigate the plunder and prosecute those involved, not a single high-profile official has been jailed so far.

There is little political appetite to act against Zuma, who turns 80 next month and continues to command strong backing, especially in his home province of KwaZulu-Natal. He was jailed briefly last year for defying a court order to testify before Zondo before being released on medical parole and his incarceration triggered riots that claimed 354 lives. The courts are currently reviewing the decision to free him.

Zuma, who the ruling party forced to step down in 2018 to stem a loss of electoral support, already appears to be gearing up for another legal battle to overturn Zondo’s findings that he took illicit payments from services company Bosasa in exchange for granting them preferential treatment.

His foundation said the former president was denied the opportunity to appear before a neutral panel to respond to the allegations against him and he is consulting his legal team to decide on an appropriate course of action.

“Zuma strongly believes that justice must be seen to be done,” his foundation said in a statement on Wednesday. “In these circumstances, such findings are obviously not even worth the paper they are written on.”

Is it not ironic that the same person that appointed the Commission now says: he has been “denied the opportunity to appear before a neutral panel”