‘I do believe we have reached the peak in headline inflation’: Momentum Investments economist Sanisha Packirisamy.
By Fifi Peters 16 Feb 2022  22:10

FIFI PETERS: Let’s put the spotlight on the economy, and the consumer economy more specifically, where we had consumer inflation and numbers coming out today, coming in at 5.7% in January, which is a slower pace than the 5.9% that we saw in December. It looks like a bit of relief in terms of transport inflation helping to bring CPI down this time around.

We also had numbers coming out of the retail sector that we’ve just touched on, with retail sales for the month of December rising 3.1% because so many of you went shopping over the festive period. You bought a whole lot of clothes and shoes according to the data that was released from Statistics South Africa.

We’ve got Sanisha Packirisamy, an economist at Momentum Investments, to help us understand the data. Sanisha, thank you so much for your time. Just looking at these data points, perhaps let’s begin with inflation, given that it is the hot topic and talking point everywhere in the world, would you say that the deceleration in price increases is a signal that we’ve now reached our peak?

SANISHA PACKIRISAMY: Good evening, Fifi, and thanks for having me on your show. Yes, I do actually believe we have reached the peak in headline inflation. Going into the December print, we heralded that as the peak in the inflation cycle and we were expecting inflation to come down from there. This was a bit of a trickier number to forecast because there was also a basket re-weighting that took place, and that usually complicates matters in terms of forecasting inflation. It nevertheless came out bang in line with the consensus figure.

FIFI PETERS: What is interesting is the fact that, even though inflation has come down – look at the rate of increase, for instance, in something like transport – it’s still pretty high, up over 14% or so in the period.

Nevertheless the fuel price was impacted by high international oil prices. I saw that coming through on the private transport measure, which generally affects your middle-to-high and your high-income earners a bit more.

So what we had coming through for the January print was that there was actually a decrease in your petrol price of about 68 cents per litre. But, going into the next print for inflation, we have a 53 cents per litre increase, and if we look at the under-recovery at the moment it looks like we could get another R1.20-odd in terms of the March increase come through. Of course there are a number of issues complicating the outlook for oil at the moment, and most of these arise from geopolitical risk factors.

FIFI PETERS: That also raises a question mark in my head, to say that we don’t quite know how the geopolitical risk factors will play out. I imagine that you’re talking about the situation in the Ukraine and Russia, and just the impact of the ripple effects that it could also have on oil and energy prices. Is it then questionable to say that perhaps we could see CPI ticking higher from here, and perhaps we’re not quite at peak?

SANISHA PACKIRISAMY: Again I’ll make the point that in the transportation category it’s not just the fuel price in there. They could all have an upward pressure – and I think this is one of the major sources of upside risk to our inflation forecast – but we do also have to look at the relation into your public transport. Another big component is the price of new and used vehicles.

That said, on the international oil price it’s the view of Capital Economics that the supply factor of Russian oil shouldn’t be negatively impacted in the long run. So, while this could cause a short-term dislocation in prices, we should actually see oil prices starting to normalise after a couple of months. We may see a bit of a blip up, and then that’s starting to move out of the numbers.

If we look at what this means for central banks, they tend to look through these exogenous factors such as the oil price, to find out whether there are any second-round impacts on the inflation basket.

I think where we should become worried is if this oil price is sustained at very high levels for a longer period of time; it then starts infiltrating into other areas of the basket. If you think about food having been transported on the roads and railways, if that then starts to increase in price then we see businesses starting to put on price increases; that’s how we get the second-round impacts coming through. However, if it’s quite short-lived and it stays within the transport category, we could potentially see central banks like our own looking through that and not having to raise by more than what has already been forecast.

FIFI PETERS: You mentioned food inflation, so I’m looking at that. It came in at 5.7% year on year, similar to the headline level. I was reading a trading update coming out of Tiger Brands, and they were talking about the cost pressures that they’re experiencing, and the fact that they’re going to pass them on to us as consumers who buy all the food that they manufacture. So can you just give us a sense of food inflation and how long we should expect to pay higher prices to feed ourselves?

SANISHA PACKIRISAMY: Sure. If we look at food inflation, the strange thing about the agricultural outlook is that too little rainfall is a bad thing for our harvest.

FIFI PETERS: Too much!

SANISHA PACKIRISAMY: Too much is also a bad thing for our harvest. A few weeks ago, everyone was quite concerned about the flooding in regions like the Free State that could potentially cause flood damage in terms of our crops. But fortunately we actually saw the national crop estimates committee coming out with their revised total production figures relative to the November figures, and those show us that there was less flood damage than initially feared. So, if we look at the white maize crop, that was slightly smaller than the November estimates; but the yellow maize crop was about 1.2% bigger than the November estimates.

If we extend that into some other areas of the agricultural outlook, and we look at things like the soybean production currently, these have been the largest in history in terms of crop levels.

If we look at groundnuts, the crop that we’ve seen here is the largest in five years; if we look at the sorghum crops; these are expected to be the highest in about eight years. Now traditionally, when you have such large crop sizes and harvests, it does bode well for local food inflation; but unfortunately the picture hasn’t been as positive on a global scale. If we think about South America which is suffering from drought conditions, this has actually caused upward pressure on maize prices on a global scale.

So even if we see food inflation moving sideways, I think there are pockets that will see strength. For example, farmers might see strain on the livestock side, given that fertiliser costs are picking up quite substantially, transportation costs and electricity costs are much higher. But the demand in the economy is still reasonably soft. Demand for meat, for example, could be quite soft and, as a result, the farmers could actually take a knock on that side. I think there will be some compression on that side of things.

Other areas, of course, as you’ve mentioned, could see higher prices coming through.

FIFI PETERS: All right. Sanisha, thanks so much for your time. We’ll have to leave it there. Sanisha Packisamy is an economist at Momentum Investments.

We didn’t really get to touch on retail sales which rose by 3.1% for the month of December, I think up around 6% for 2021 as a whole. It will really be interesting to see what happens to that data point going forward, especially in light of the extension to social grants that we have heard announced by the president recently at the State of the Nation Address, and we do know that the Covid-19-specific social grant has been quite supportive of retailers and the consumer’s ability to shop, despite the difficult times. We’ll have to wait and see what impact that does have. 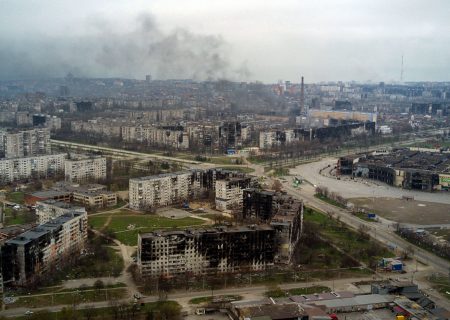